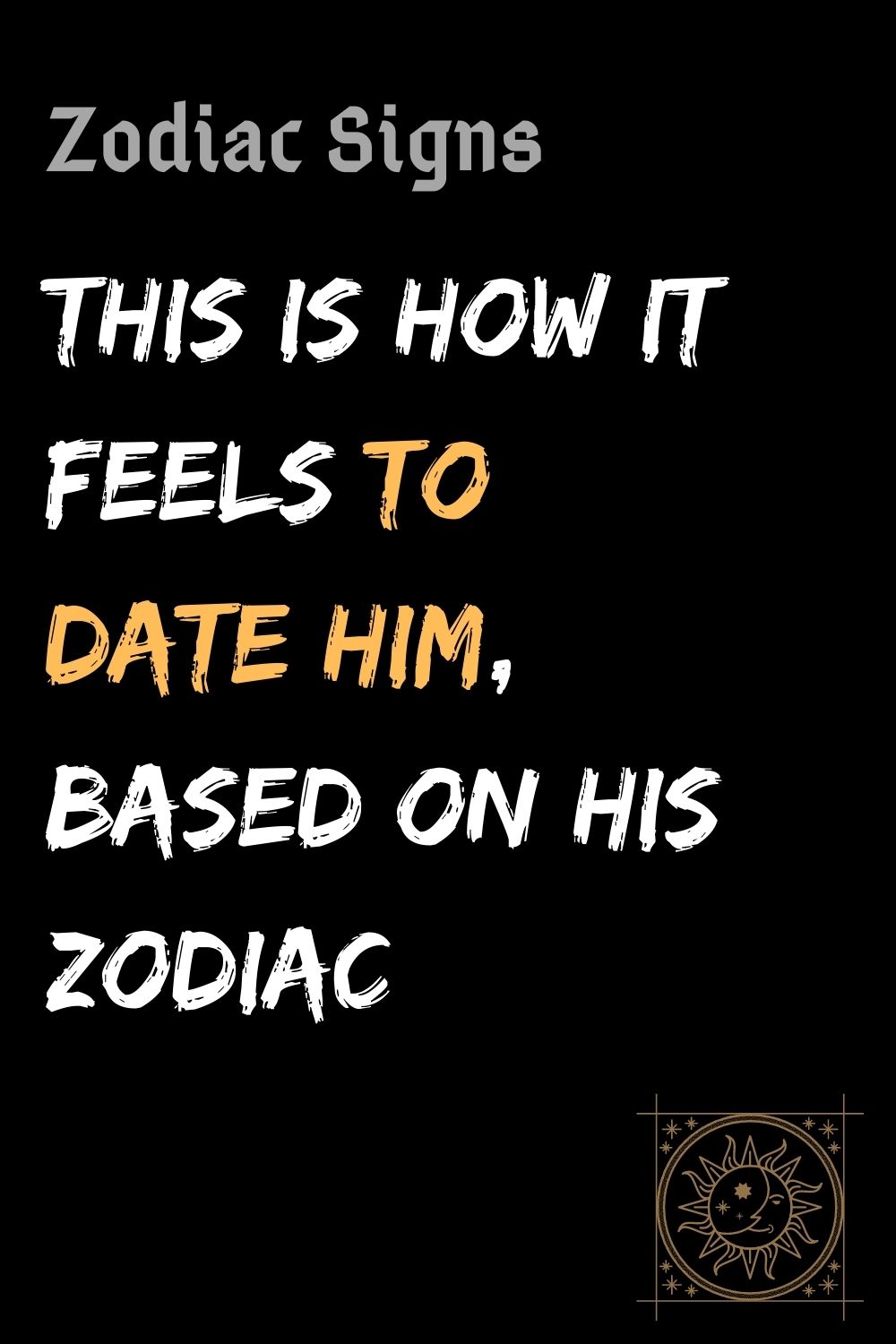 How it is to date a guy, according to the zodiac sign he belongs to?

Is he more likely to be an introvert who needs time to open up, a player who will screw you over, or an adventurer who will do his best to impress you?

If your guy is an Aries, expect a lot of action while dating him.

He is someone who can’t stay still for a long time; he needs a girl who can follow through and who can match his adventurous nature.

When it comes to Taurus, doubts about commitment are out of the question.

The moment this guy starts seeing you, for him, it is implied that the two of you are exclusive.

So, you definitely don’t have to worry about him leaving his options open.

Let’s face it – even Geminis don’t know what can be expected from them.

However, a few things are for sure: this guy has to be active all the time and you’ll never get bored of him (if nothing else, Geminis always have something to talk about).

At first sight, Cancer is the most insensitive guy you’ll ever meet.

The truth is that this man had his share of heartbreaks in the past, so he doesn’t plan on allowing something like that to happen again.

Nevertheless, under the surface, there hides a hopeless romantic who will love you like no other, if he sees that you’re worthy of it.

Dating a Leo revolves only around him.

It’s not that you don’t have a say in your relationship at all, but when a Leo first meets you, he has the incredible urge to impress you and everyone around you.

If your partner is a Virgo man, dating him can sometimes be a real pain in the a**.

He is extremely intelligent, always has a number of topics coming out of his sleeve, but he simply doesn’t know how to be spontaneous, which is a big minus in the beginning of a relationship.

Besides, Virgo men are everything but romantic, so if you’re into sweet and maybe even cheesy dates, move on.

Dating a Libra means taking charge and initiative all the time.

Besides, resolving arguments is mission impossible with him – Libras are champions of burying problems under the carpet, hoping for them to miraculously disappear that way.

If you even try and start a fight with this guy, expect him to give you the silent treatment until you calm down.

Being known as one of the most jealous signs of the entire zodiac, Scorpios are always secretly afraid that they’ll lose you.

Even though you’re not in a serious relationship with this guy and you two are only dating, you going out with other men is beyond unacceptable for him.

Sagittarius is also one of the signs who can’t keep calm, even when they want to.

This guy is an extrovert, and if you start dating him, buckle up and be prepared for some excitement.

A Capricorn is someone who knows what he wants and he is not the type of guy to lead you on.

Instead, a Capricorn man never has trouble being honest about his feelings and intentions.

So, if he doesn’t like you, he’ll tell it to your face right away, so you know where you stand from the start, which is a big advantage.

When you first meet an Aquarius man, you see him as an antisocial introvert.

This guy is probably artistic or maybe even geeky, so you don’t expect much adventure with him.

Nevertheless, before you know it, Aquarius proves you how wrong your prejudice was – this man turns out to have a very wild side you get to see once you meet the real him.

Similar as with Aquarius, Pisces men also don’t reveal their true sides in the beginning.

At first, this guy might appear as a player who is only looking for a good time, but the truth is that he is actually searching for a long term relationship.

Pisces are very emotional – they just don’t show it right away.