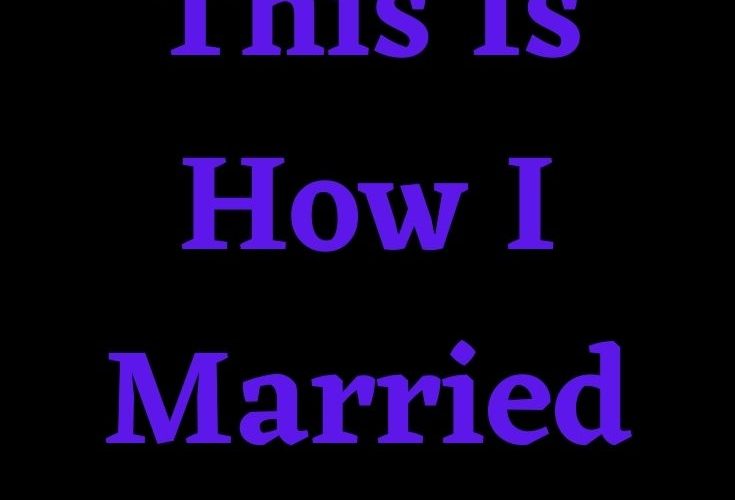 This Is How I Married My Ex

I decided to call my ex after three years of radio silence. I thought it was the right time to give us the proper closure that we never had.

We parted in an odd way and we were never able to move on. I never dated anybody else for three years. He had relationships that he refused to label because he used those girls to blow off some steam and cool down the anger he had after we broke up.

Until he found a girl that made him forget about me—or that’s what I thought at first.

I didn’t even have his number, so I asked our mutual friend to get me his number. I wanted to call him and talk about what we had.

I wanted him to tell me why was he angry all the time and why couldn’t we manage to work it out.

So, I called and he let it ring. That night he didn’t pick up and I broke into million pieces. I thought he’d be happy to hear from me—the emotions should be cooling off by now.

My phone call wasn’t answered and I went to sleep beating myself up for thinking I meant something to him. I was hurt.

My heart was broken one more time and my ego… well, my ego was devastated. I thought I’d feel better if I’d just sleep it off.

The next morning my feelings were the same as the previous night. I hated myself for calling.

I hated myself for thinking he’d still smile upon seeing my name on the screen of his phone. Well, he was, but it turned out that I called at the wrong moment.

His fiance had his phone and she didn’t appreciate my call. That’s why it was left unanswered.

The moment he got a chance he wrote me a message. I felt he was mad but happy at the same time. That’s what we did to each other.

He was happy to see my name on the screen of his phone, but he was so mad to see it only after three years. I had no explanation for that—although, it’s not like my phone died from his missed calls.

It was the most awkward talk I had until it wasn’t anymore. Once the anger faded, happy emotions entered. And God, it was so good to remember what we had.

We talked for almost an hour until he decided to drive 112 miles to see me. It was already night. I’d be lying if I said that I had seen this coming, but I’d be lying as well if I said I was surprised.

We used to do crazy things like that for each other. There was no way I could talk him out of doing it so I went with the flow.

At first I couldn’t believe he drove all that distance just to see me. At some point, I thought he was just playing me. But he wasn’t.

That was never us. I was so nervous even though I did my best to look as pretty as I could.

We both knew there wouldn’t be anything but the talk happening that night and yet, I had the need to look the best I could. I still don’t know if it was for me or for him.

The moment I saw him my heart stopped. I couldn’t believe it was him before my eyes. It was so real and I just wasn’t ready for it.

I was ready and had the balls to call him to talk over the phone but he had the guts to show up in person. He looked as good as always.

It didn’t surprise me at all—what is your ex going to do after a breakup other than get better looking.

My first instinct was to hug him and we hugged. It was a long hug. It was a hug of two people who missed each other madly.

He had the same smile he always had when he saw me. Nothing had really changed. I didn’t think it would have anyways.

I sat in the car and he drove us to the coffee shop out of the town. It was on top of a mountain—far away from anything that could cause our attention to wander from each other.

It was just me and him, and that’s what we needed that night. I sat next to him because I knew he was here with me—so why sit across the table?

We started to talk. It was like with wounds three years old, like we never broke up.

It was just so real as if we had traveled through time but something in the back of my mind was telling me it wasn’t real.

We talked for hours. I didn’t look at my watch—not once. The time was irrelevant. It felt so good to sit next to him to talk and talk.

He told me how I had hurt him. He told me I broke his heart by choosing everybody else instead of him.

He told me he hasn’t been able to sleep peacefully all these years and that each time when he’d close his eyes, he’d see me.

He said that he found a girl that respects him and makes him feel he’s at home. He said he’s not mad at me anymore.

He also said that he understands why I did the things I did. He knows things can’t change between us and things are really just too different at this point in our lives. He pointed out that he’s happy I called and he can’t believe his eyes.

He never thought to see us sitting next to each other like this anymore. And then he pulled me closer and hugged me. I said I’m sorry for everything.

I said how I’d punished myself and told myself not to have anybody else next to me because of the things I did to him.

I thought I don’t deserve love and I don’t want to leave broken people behind me. I figured it out that I can’t love because that’s not what I was taught in life.

He said he’ll never love anybody the way he loved me and he loves me now—no matter how much time passes, no matter what distance and how many miles are between us.

I will still be in his heart and his favorite person in this world. He was always good at loving me.

He always chose the right words but sometimes he chose to punish me and bring me down just to feel better.

I needed to prove him and to everybody else that I’m strong and that I’m independent. Then, we realized that we loved each other in a wrong time.

I didn’t do it because I knew nothing would change by saying those words out loud.  So, I just smiled. I smiled because I didn’t want to ruin what he had with another girl.

I smiled because I knew if I said I loved him, he would try and give us another chance—and we’d blow that chance as well.

He asked me if I’d marry him. He said he’d leave everything in a second and run away with me.

He’d forget every single person in his life if I decided to stay with him. But I couldn’t do it—the same as I couldn’t kiss him. I know I’ll be sorry years from now since I’m sorry already.

Where I grew up, the phrase ‘I married someone’ has a double meaning. One is that I am the person that got married and the second one is that I made it possible for somebody to get married.

I’m sorry for not giving you a happy-ending. I’m just not that type of a person.