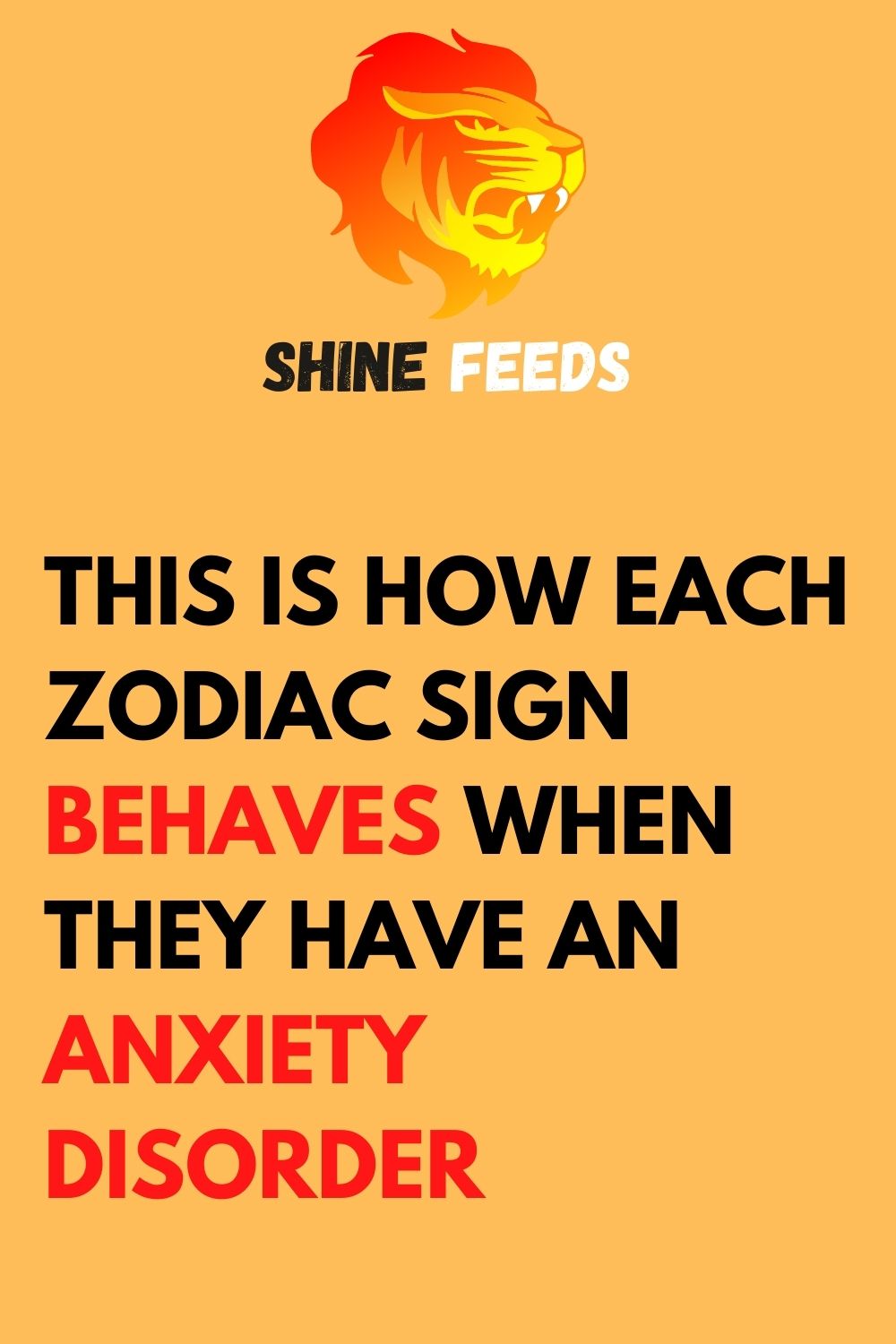 Aries are the devil’s advocates of the Zodiac, and when they feel anxious, what they want to do is reveal the truth about something. They also thrive on being “correct” all of the time, so when they are uncomfortable, they likely want to make arguments out of anything to prove themselves “right.” Oddly, the way that their anxiety manifests most is by them ramming heads (horns?) with anyone, over anything. Aries deal with their anxiety very aggressively and can sever relationship ties in the process.

You become a perfectionist.

One of the only things that soothes a Taurus is clean lines, a cohesive Instagram aesthetic, and the illusion that everyone is looking at your life and thinking it is perfect. The more anxious a Taurus is, the more manic they will be in trying to create the perfect image. They are visual people, and so they thrive when they at least think that things are “good.”

You try to hide your anxiety, and then you act out on it.

Geminis are actually more prone to anxiety than a lot of other signs, and this is in no small part due to the dual nature of their minds: they can see both sides of a subject, and plus, they are super sensitive and so they are prone to overreaction. It’s easy for a Gemini to take a bunch of small problems and conflate them into one huge crisis that is really only happening in their mind. A Gemini’s first instinct will be to hide their feelings and pretend that everything is okay. However, over time, they will start to act out in passive aggressive ways, slowly deteriorating from the inside out. Watch for passive aggressive comments and unhealthy coping mechanisms that start to become habitual.

Your impulse to people-please goes into overdrive.

Cancers are most at ease when they feel settled and harmonious in either a family, friend group or workspace. It makes sense, then, that their anxiety manifests mosts as a fear of someone “leaving” them, or not being liked (or seen as successful, attractive, etc.) to the general public. This leads them to worry incessantly about what other people think, and then adjust their behaviors to be as pleasing as possible to anyone and everyone. The less a Cancer is being their authentic self, and the more stressed they seem about a comment someone made or what a relative could possibly think, the more anxious they probably are.

Famous for being the most self-confident and proud sign of the bunch, Leos express their anxiety in the least likely way you’d ever think: they become insecure, and then jealous of others. Leos orient so much of their lives around themselves that they assume when they are experiencing some kind of anxiety or discomfort, it’s because they are inadequate. (It’s true that you have to take responsibility for your life and what role you’ve played in creating it, but they take it to an unhealthy extreme.) A Leo is unsettled when they are jealous of their ex’s new relationship, mad that they didn’t get (anything or everything) that someone else has, or are generally acting out of accord with their typically confident persona.

Virgos love to have their shit together. Like, they live for being productive, well-rounded, holistic members of their families and communities, at once accomplishing incredible things and helping everyone they can along the way. (Yes, being a Virgo is exhausting.) Their anxiety tends to gear up when things aren’t flowing as well as they could be, and you’ll find that little things really start to set them off. Virgos express their anxiety through a desire to micro-manage and in attempts to control as much as they can. The more manic they are, the more anxious they are, and the cycle repeats itself.

Libras are known for being the most social sign in the Zodiac. They are charming, friendly, and generally in love with love. They are very socially-oriented people, and may not realize it but are often at their best when they have regular contact with people they love. The biggest sign that a Libra has anxiety is that they isolate themselves, they avoid other people and think that they prefer to be alone. Even the most introverted Libras still need a close inner circle. Little do they realize, but keeping themselves away from people is just intensifying their anxiety, not making it better.

You worry about irrational fears.

Scorpios can be dramatic, and when something is really bothering them, they often end up compulsively worried about something that seems like a big deal, but isn’t actually the problem. (For example, their weight, or not having enough money.) Scorpios express their anxiety in a way that feels “safe.” So, for example, if their true fear is that they will never find a romantic partner, they will obsess over their hair, or other people who they are jealous of. This coping mechanism actually moves them farther away from what they really want, unfortunately.

You start to settle.

A Sagittarius needs a lot of stimulus to thrive. They need to be reading new books, exploring new towns, meeting new people and generally in a constant state of growth to truly feel fulfilled. However, when they struggle with anxiety, they will often bury themselves and start to settle for something that they don’t really want, or they’ll find something wrong with absolutely everything and anything around them. It’s not that they can never settle down, it’s that they are trying to accept less than they want to build for themselves. There’s a difference, and it’s important.

You obsess about fixing other people.

Anxiety often irritates Capricorns because it is nonsensical. Capricorns thrive with rules, structure and understanding, so when they have emotions that don’t have a clear cause, their instinct is to project them onto other people. It’s very common to see Capricorns who are struggling getting themselves overly-invested in things like helping their partners, coaching other people who don’t want/need their help, or overextending their arm into other people’s business. It’s all a coping mechanism, though. Eventually, they’ll have to deal with their own issues.

An Aquarius does not respond to anxiety well. Like, they have one of the most adverse reactions of all the signs, which is interesting, given that they are typically so action-oriented and intelligent. However, they are odd, out-of-the-box thinkers with huge imaginations, qualities that do not fare well when anxiety is involved. They end up completely over-reacting to benign stimuli, getting aggressive toward other people who have nothing to do with anything, and overreacting until they realize that they are being ridiculous, and then carrying on as though nothing happened.

So the sad and crazy thing about Pisces is that they are actually at their optimal functioning when they are experiencing some kind of light inner turmoil. It’s this discomfort that drives them into hyper-creation mode, and they end up achieving more than they ever could have imagined. Their anxiety is their fuel, and they are perhaps the most equipped sign of the entire bunch – they respond to it the most healthfully. We can’t control whether or not anxiety occurs, but we can control how we react. Pisces are masters of turning their angst into something good.