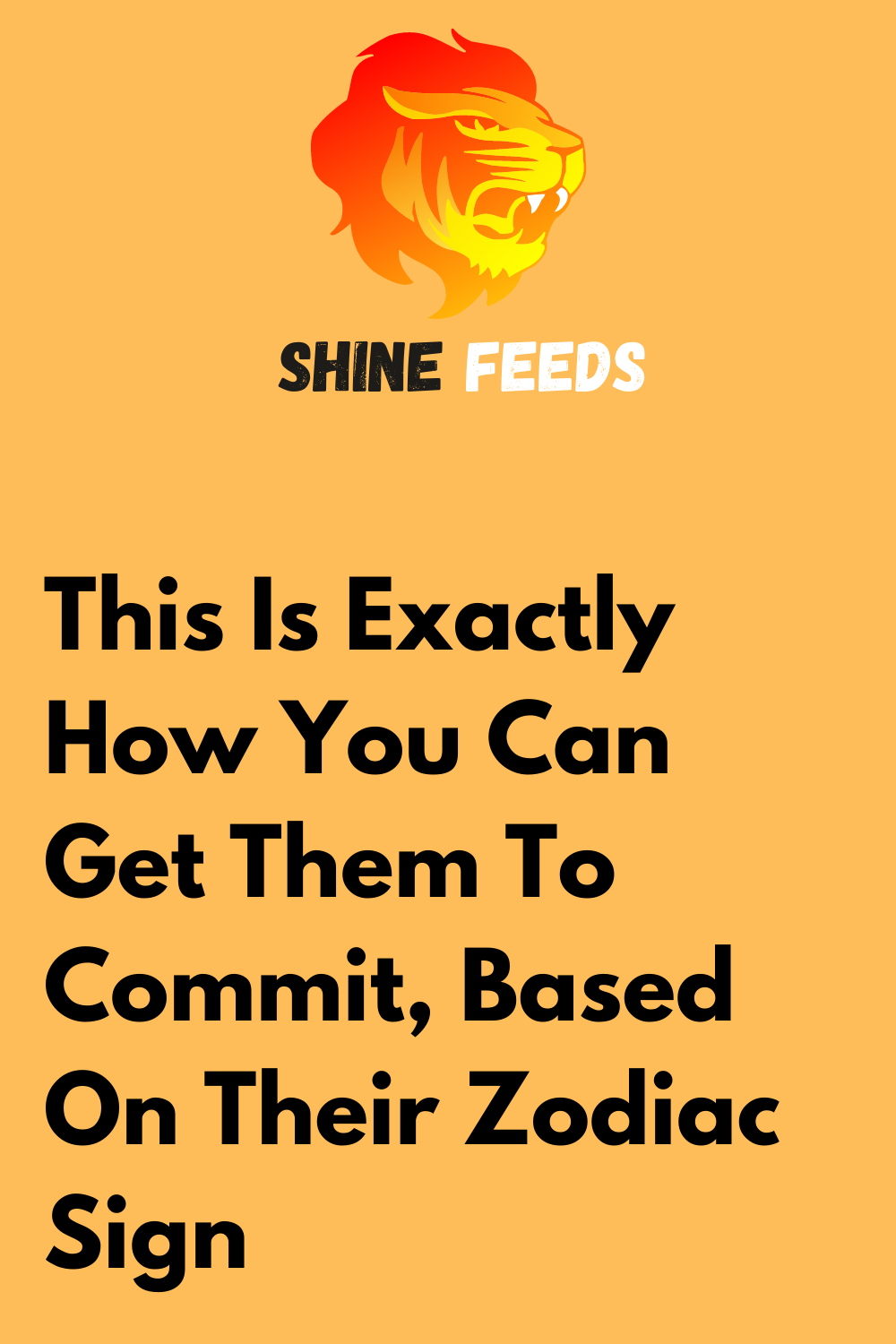 This Is Exactly How You Can Get Them To Commit, Based On Their Zodiac Sign

Make yourself appear to be unattainable and allow them to chase you, but take action in demonstrating exactly how you feel for them when the time comes- Aries loves a challenge and won’t rest until they can call you theirs, completely and fully.

Find simple ways to show them that what they gain by being in a relationship with you far outweighs anything they might potentially give up- then give them the space to make their decision.

Prove to them that they will never be bored with you and that a relationship with you will be far more interesting than anything else they can find out there- but don’t make yourself too easy to figure out.

Listen to everything she tells you, answer her questions thoughtfully and honestly, and if they ask you to do something for them, then do it- they’re probably already crazy about you and are dying to commit but need to know they can trust you, as well as what kind of character you have.

Try to match their level of adoration (if you think you can- we know Leos tend to go above and beyond) and shower them with affection, then make it absolutely clear that you only have eyes for them and them alone.

Learn exactly what they’re looking for in a mate, then prove to them that you’re the most practical choice; they’ll be dying to commit to you if you check off all the boxes on their (probably literal) list.

Take the time to let them charm and seduce you, then step up your game and match them in your devotion- getting them to commit isn’t the difficult part as much as proving you’re worthy enough to stay committed to.

Show them that they can be their most vulnerable selves with you, express your absolute seriousness about being with only them, and prove that you’re not going to hurt them- and if you unintentionally do, be prepared to throw yourself on the blade to right your wrongs.

Reassure them that being in a relationship doesn’t mean they have to give up their freedom and give them plenty of space to do their thing. Then reassure them of this again; it seems counter-intuitive, but trust that if they feel they have room to be themselves, committing to you is that much easier.

Take the time to break down their walls, then assure them emotionally and let them know you’ll be there whenever they need you. Also, you’ll want to prove that you can support yourself financially- it’s the best way you allow them to feel comfortable with you and show you’re capable of stability.

Don’t be afraid to approach them, then be willing to be patient and put in the time that it takes to make them feel safe with you. As soon as they are absolutely certain they can trust you with all of themselves- the good, bad, and the ugly- they won’t hesitate to jump in.

Give the impression that you need them to help you- but not so much that you’re completely incapable of taking care of yourself, and show them that being with you isn’t a waste of the time and devotion they’re willing to invest in you- they’ll jump at the chance to help you with your problems and will adore being needed.