The relationship with your lover will work much better when you know what he wants to hear. Or, in certain cases, what he does NOT want to hear.

The Aries native is simply extremely ambitious and cannot bear to be told that something is impossible. Do not tell him that he cannot achieve something, because he will do everything in his power to show you how wrong you are.

By its nature, Taurus is afraid of major changes. If you tell him that it’s time to get out of his comfort zone, you might push him away from you. Try a gentler approach with this one.

What are those things you should never say to a Gemini native? You could push him away from you when you don’t allow him to ask questions and express his thoughts. For him, it is extremely important to discover exactly how things are.

Cancer can’t stand crowding and spaces full of people. It is preferable not to tell him that he has to participate in an extremely crowded event, such as a festival. If you try to tell him that his fear is unfounded, you might upset him quite a bit.

“This is not for you.” The Leo native will only show you that he can have anything. He is proud enough to refuse absolutely nothing!

If you meet a native Virgo, don’t tell him that the house is not organized enough! He is meticulous and makes every effort to keep the house clean and organized. You will hurt his feelings if you take his order.

The Libra native hates not being liked. If you tell him that he didn’t leave a favorable impression, he will feel really hurt. More than that, he might come, in his turn, with accusations about you. He simply cannot stand criticism.

Scorpio relies a lot on intuition. If you tell him that you lied to him, and, worse than that, he didn’t get caught, you will have serious problems.

“You have to stay at home”. The Sagittarius native is much too dynamic a person for you to tell him when to stay at home. He will do exactly what he thinks is appropriate.

“That’s not good”. Capricorn is far too meticulous for you to tell him that something is not right. He already knows how he did his job and will not allow you to criticize his work.

“This is the situation.” Even if he is sometimes slightly ironic and may seem disinterested, Aquarius will try to be there for you. He really goes out of his way when he really believes in something!

“Stop daydreaming.” This is the worst thing you can say when talking to a man born under the zodiac sign Pisces. 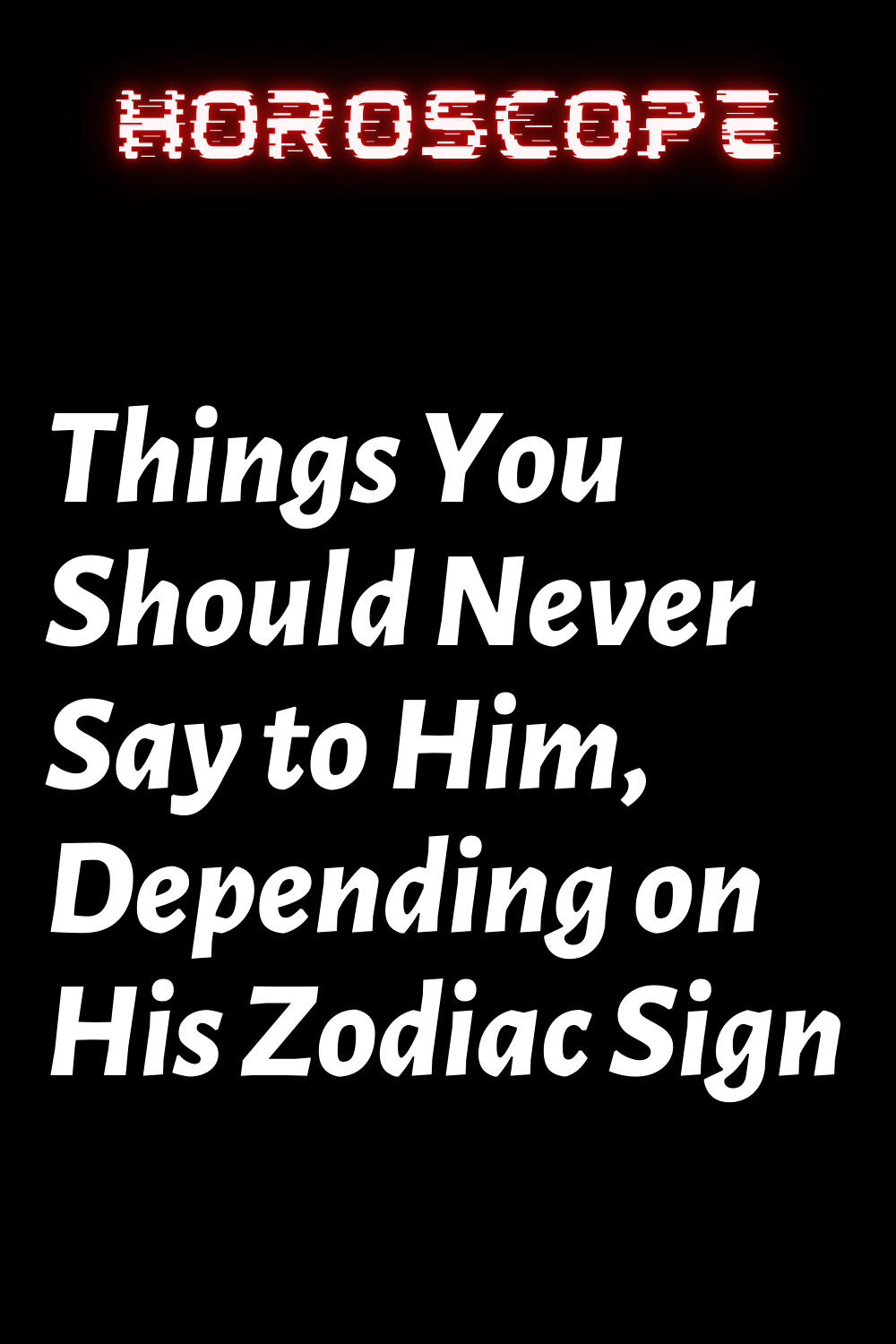 THE MOST EMOTIONAL SIGNS OF THE ZODIAC: ARE YOU IN THE HOROSCOPE RANKING? 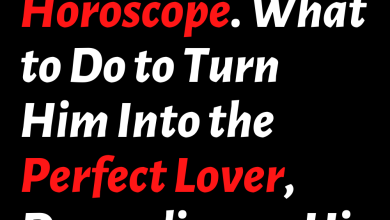 Horoscope. What to Do to Turn Him Into the Perfect Lover, Depending on His Zodiac Sign

How You Get What You Want According To Your Sign