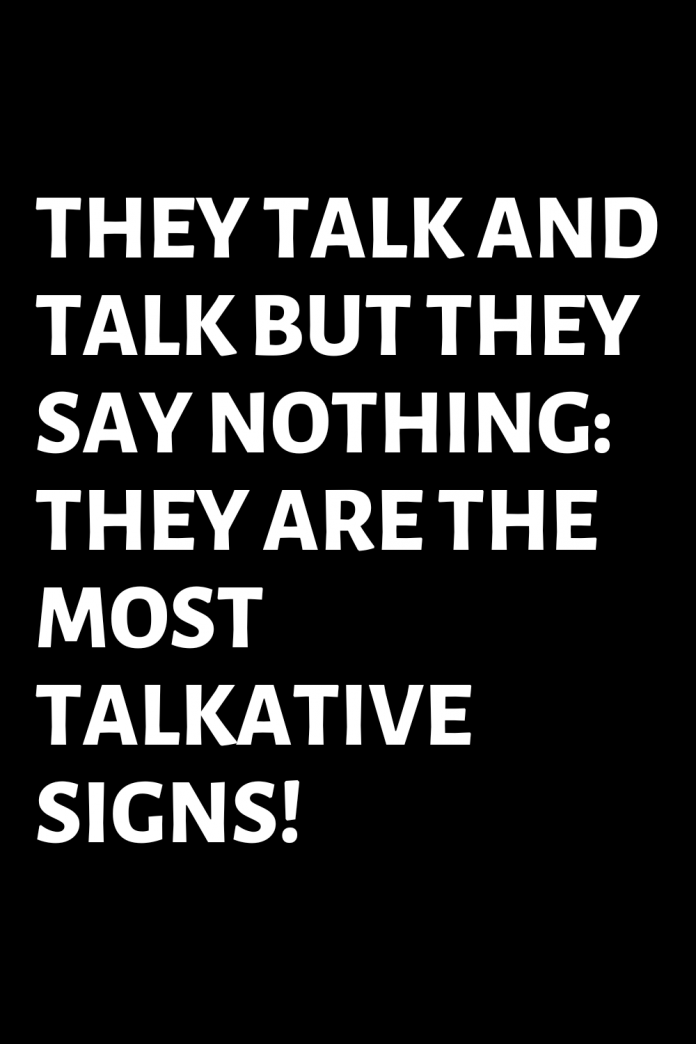 The most talkative zodiac signs of the whole horoscope are those people who talk all the time despite having nothing to say. Are you among them?

Oh no, here it comes. The talkative colleague is about to trap you near the coffee maker. You just ordered yours and you certainly can’t leave! Here the thirty seconds of dispensing begin to seem really too long: he talks and talks, he doesn’t stop, the coffee gets cold in your hands and it is impossible for you to go back to your desk. If only I had known earlier that it was in this horoscope ranking !

The most talkative zodiac signs of the horoscope: here is today’s ranking

There are some people who can’t help it: they love to talk .

There is a difference, however, between people who can carry on a conversation and those who simply want to talk.
They have a lot to say about everything: it is a pity that it is only an acute case of ” logorrhea “, where there is a lot of talk but in essence … of nothing!

What are the zodiac signs that are truly talkative ? We find out immediately, thanks to today’s horoscope ranking!

Those born under the sign of Cancer cannot really do without it: they are endlessly talkative, especially when they are excited !

Dear Cancers , we are sorry to tell you this: in the eyes of others you are truly and extremely talkative !
For you it’s not so much about being boring people but just about the fact that when you start talking you don’t leave room for anyone else!

Even those born under the sign of Scorpio can be very talkative… whenever they want.
For this reason we only put Scorpios in fourth place in our ranking today!

Scorpios , especially when they ‘re embarrassed or in front of someone they want to impress, really talk a lot.
They flounder, they don’t listen to what they are told and they are extremely exuberant and full of things to say: too bad they have no idea what they are talking about!

Have you ever been close to a Gemini in a time of extreme happiness , excitement or excitement?

Well then you know what it means when we put Gemini in today’s horoscope chart. Gemini
, in fact, are among the most talkative signs of all precisely because they can never really help but talk. For them, being the center of attention , calling all eyes to themselves and, generally, stunning others with their own torrent of words is not necessarily an everyday thing but a fairly common factor in their life. Geminis are like this: they love to show others how interesting they can be, ending up being … really talkative !

Dear Libra , there is a reason why you are also in  the ranking of the most crafty zodiac signs of the whole horoscope . Your continuous and infinite gab ensures you a great advantage over others!

You born under the sign of Libra are people who love to be the center of attention and, for this reason, you often end up talking … too much.
You always have something to say, on any subject and on any person: but there’s more!
You Libra are also people who really can’t help but talk and get in the way. Even when you don’t know anyone or anything about the subject, you jump in and, after a while, you end up dominating the conversation .
Yes, dominate because nobody wants to deal with you Libra : too many words and little substance!

Leo: first place in the ranking of the most talkative zodiac signs of the whole horoscope

Yes, dear Leo , you are at the top of the ranking of the most talkative zodiac signs of the whole horoscope .
Are you happy?

Obviously the answer is no: after all, you are among the most arrogant zodiac signs in the horoscope and it is normal here that you cannot think that you are talkative in the eyes (and ears) of others.
How? Wouldn’t people be interested in everything you Leos have to say? Simply impossible!
Instead, not only is it impossible but it is also a very common feeling: dear Leos , accustomed as you are to always feeling at the center of attention , you often exaggerate without even realizing it. Here you talk for hours and hours about things that interest you, only to turn your back on others when they start to tell about their business.