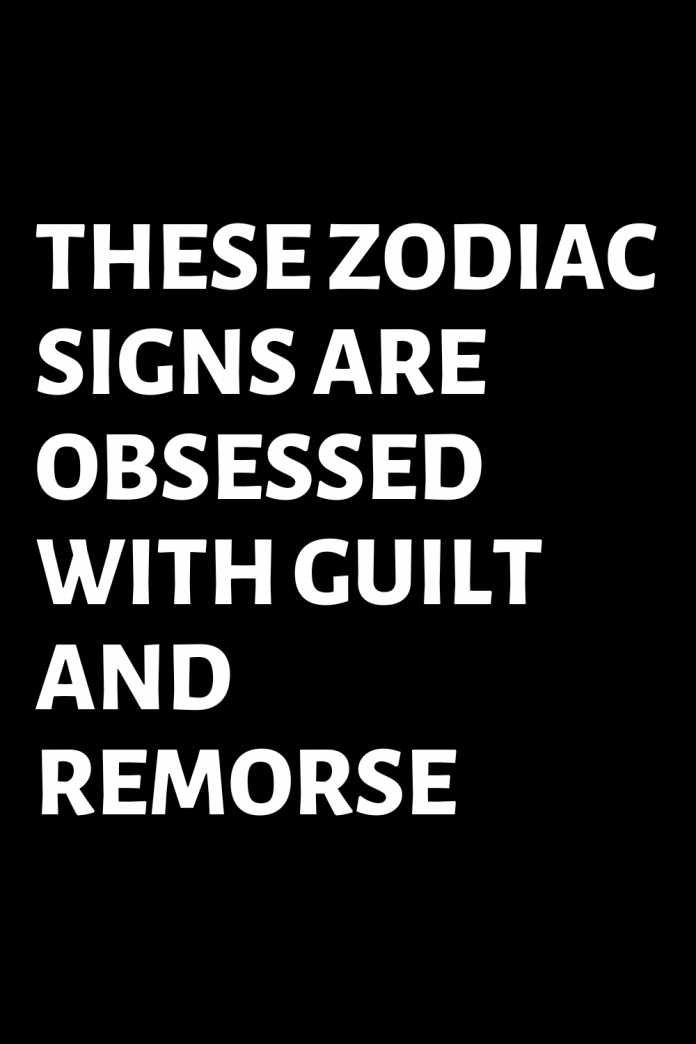 The stars reveal who are the three 3 zodiac signs most obsessed with remorse and guilt.

Remorse is what one feels when one feels guilty for a bad deed. It is a regret related to something that occurred in the past. It is different from regret which involves repentance and a willingness to have acted differently. Each of us has a different relationship with remorse, this depends on our personality and morale. Astrologers reveal that the zodiac signs feel more remorse than others.

These signs tend to feel guilty about everything. They often think back to situations and feel remorse for something that happened, they feel guilty. This feeling is very common and generates negative emotions. They feel perpetually responsible for the events that occur in their life.

These three zodiac signs blame themselves too much. Remorse is a monster that inhabits its body and manifests itself to feed itself. It wears out inside those who feel it, who is generally a very sensitive person who tends to self-condemn.

Here are the signs that blame themselves the most:

The Libra native is a sign that continually seeks balance and is very sensitive to issues involving justice. If Libra is chosen to mitigate a situation and proves not to be up to the task entrusted to him, in that case, the sense of guilt leads him to condemn himself. The native of this sign takes too much guilt and always tries to repair the damage even if it was not he who caused it.

Taurus is a pragmatic sign and being an earth sign he feels comfortable with his feet planted on the ground. He must feel the contact with the world and he must feel that he is not staggering, like a tree that relies on its roots. This sign is ruled by Venus, a planet that makes it particularly sensitive to the different sensations, feelings, and emotions experienced. The natives of this sign tend to ruminate, rethink past events, and continually question themselves. Not infrequently they are devoured by a sense of guilt, they need to feel at peace with themselves, but in fact, they do not always succeed.