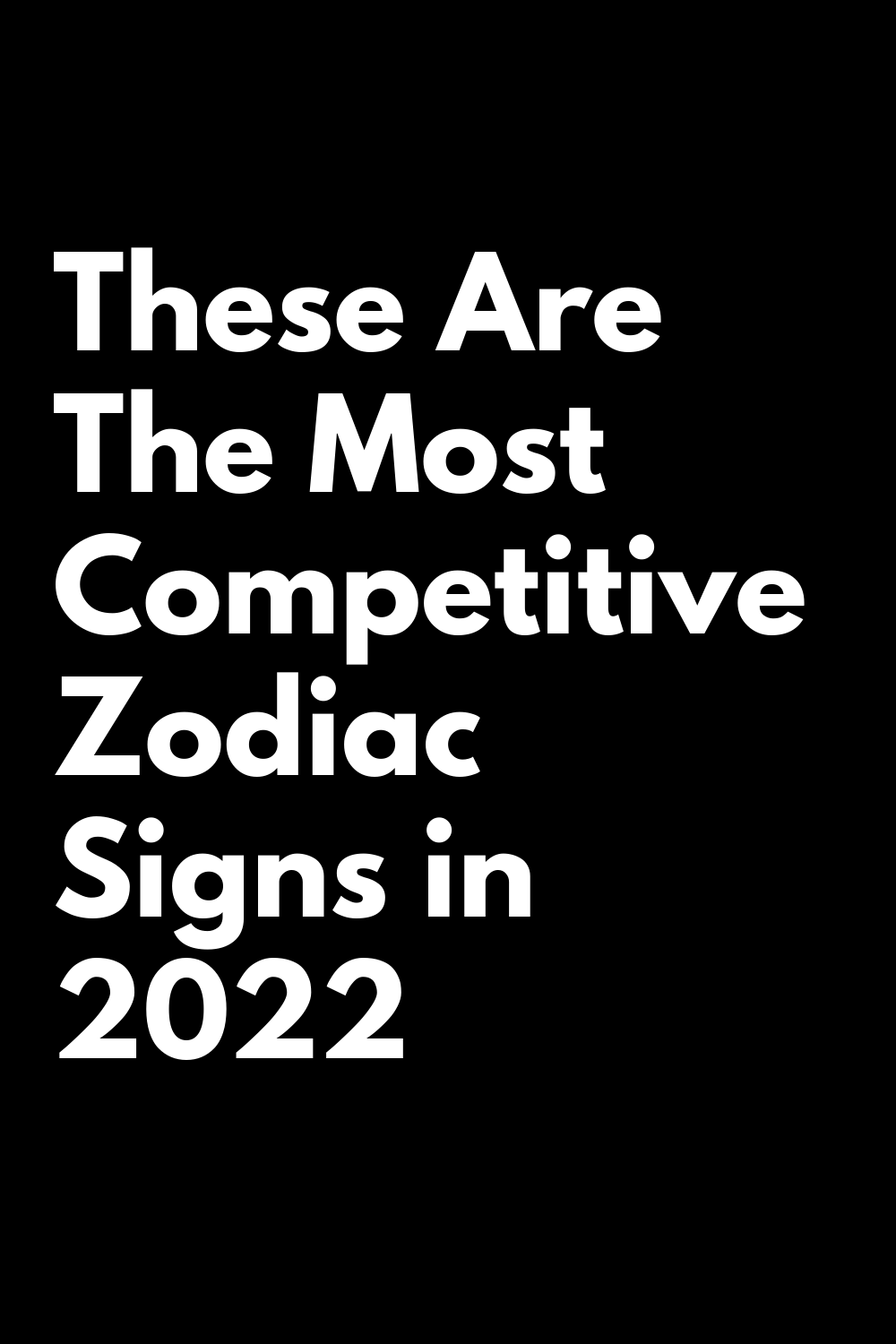 Aries is in it to win it–always. Whether it’s a friendly sporting competition, vying for someone’s affection, or trying to get a promotion at work, Aries is consistently prepared to throw their hat in the ring. While they like to joke around, don’t underestimate them–they will do anything to come out on top, and won’t handle it well if they don’t.

Leos approach obstacles with a balance of hard work and a strong belief that if they want it, it’s theirs. If a Leo sets their sights on something, they won’t rest until they have it. They aren’t afraid to pull out all the stops to impress and dazzle, but they will put in a ton of effort as well.

Capricorns are constantly putting pressure on themselves to become better–their biggest competition is honestly themselves. They aren’t thrown off by distractions, and they tend to keep their head down and focus on achieving their goals. However, if someone stands in their way, they won’t be afraid to amp up their game to be the last one standing. This rarely is an issue, though–most people underestimate Capricorns and aren’t aware they are even competing until they’ve already achieved what they set out to do.

Virgos aren’t often seen as competitive because they rarely believe anyone is on their level to compete with in the first place. However, they don’t like to be humiliated, nor do they want to be proven wrong–so if someone challenges them, they will become competitive quickly. They always have a plan and won’t give up without a fight.

Another sign that is often underestimated, but really shouldn’t be. Taurus is known to be one of the most stubborn zodiac signs, so if they want it, they will definitely get it. They know what they want when they want it, and they won’t stand for anyone getting in their way. If nothing else, there aren’t many who have the patience to outlast them–they may play the long game, but they will end up exactly where they want to be.

It really depends on what’s at stake for Gemini–but they are always on a quest to know and discover. They want to be seen as interesting and respected for their knowledge on a wide variety of subjects, meaning if someone else outshines them, they can take it personally. They might try to compete with others just for fun, but make no mistake; if they start something, they are determined to finish it.