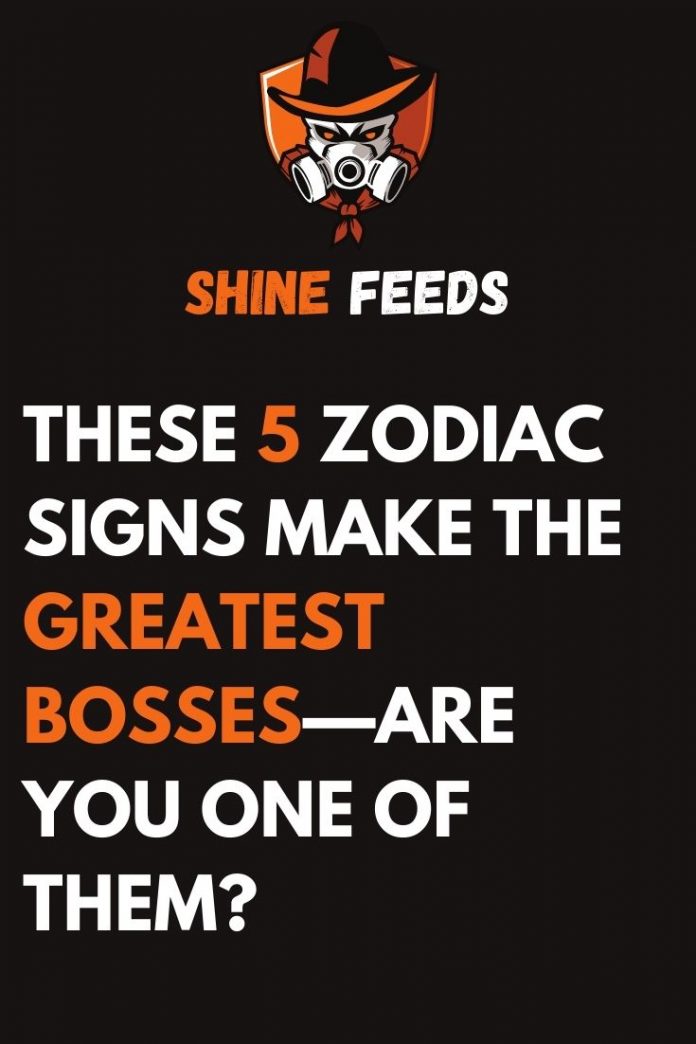 An Aries boss is a born leader. He wants what he wants, and he wants it now. He is very professional but also understands that we are all human beings and that some private things can make us feel bad. He is known by the fact that he functions better working in a team than by himself. He is very creative and can come up with some incredible ideas.

What he enjoys the most is seeing all the members of his team being successful in what they do. He will always be there for his team to give them comfort, a kind word, and to tell them that problems are here to make us stronger. He is truly a person you can rely on and that quality makes him the greatest boss out of all the zodiac signs!

If your boss is a Virgo, you can consider yourself lucky. Not just because he will send you to seminars to learn new skills but will also help you grow in your business life. Virgos are great bosses because they rather invest in human emotions than in their companies. When they are worried about potential negative outcomes, they will never admit that to their teams but will pretend that everything is okay.

They do that because they know that workers can’t function properly when being under stress. They will take the whole company’s burden on their shoulders just to provide a good working atmosphere for their teams. Trust me—a boss like this is all you have ever dreamed about!

If your boss is born under this sign, you can be positive that he will push you to your maximum. He needs workers who will think for themselves, handle problems by themselves, and make the company grow as fast as it can. What he respects the most is independence.

He knows that an independent worker is likely to come up with solutions, and sometimes in that way, save the company when it gets into tough times. He won’t worry so much about your private problems because he is too occupied by running his company.

Nothing is more important for him than work, so you will catch him sleeping in the office when you arrive. This is a man who gives all in and never regrets doing so. If you show that you can be better than someone else, he will give you an extra tip to accomplish your goals faster. All in all, a boss you can only wish for!

Libras are known by being hyper-emotional. That’s how they behave as bosses, too. For them it is very important to be surrounded by good people, so you won’t find a person who is rotten in their teams. They will take care of your family and friends, and try to help anyone who has connections with you.

The happiness of their workers is in first place for them, and they won’t sell it for all the money in the world. They will rather choose to work for free if that will help their community. In business, they are straightforward and cruel, but that is the only way they can be as successful as they are!

A boss born under this sign is incredibly good at multitasking. They can come up with some great ideas and make their companies grow faster than others. They know that time is money, so they use it wisely. They already have a perfectly-made scenario in their heads, and they want their entire team follow their directions.

Sometimes, they can be a little bit stubborn, but they will also listen to other people’s ideas. A Taurus boss is an understanding and pleasant man to work with. If you have some private problems and can’t function properly, he will probably give you paid leave to take your time and solve them. He is definitely a man you can trust, and if you know him for a long time, he can become your best friend!