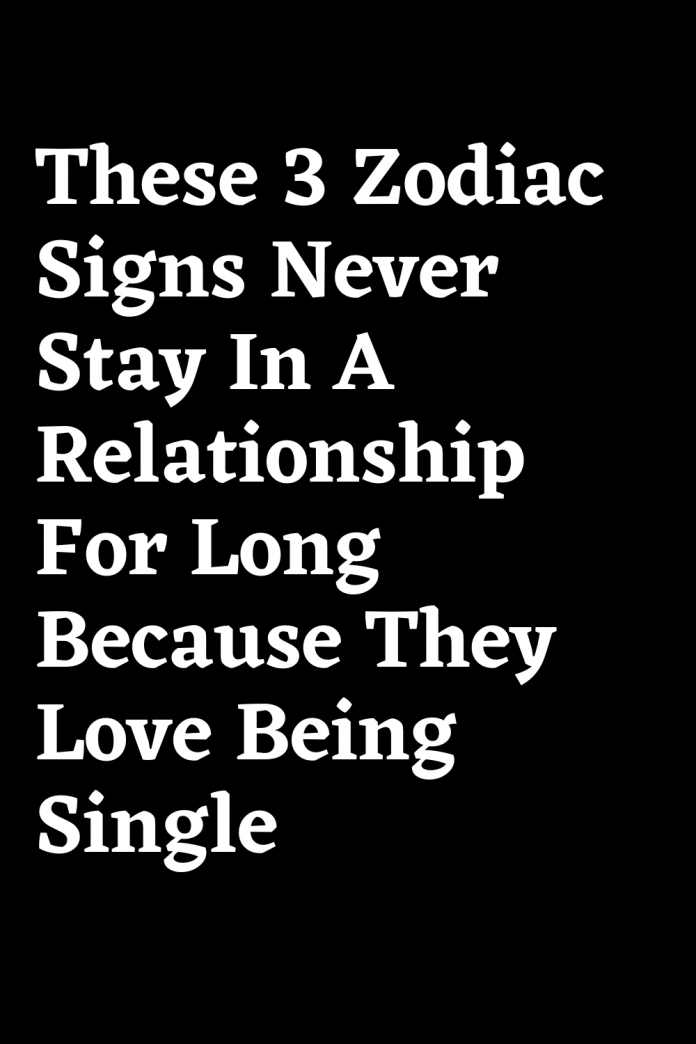 following 3 zodiac signs in particular tend to do so, because they are in love with their single life and are reluctant to give up their freedom.

Geminis are extremely communicative people. As a rule, they have a large group of friends and are somehow always up to something because people like to do something with them. Being constricted by others is the worst for a Gemini, especially by a partner. If they are in a relationship for too long, then boredom grabs them and they want to break out of the everyday life of a relationship, which is boring for them. For this reason, they rarely stay in a partnership for long and quickly find their way.

The Gemini can’t stand being distrusted either, and jealousy makes a Gemini run away even faster. He can’t handle it when someone wants to control him and his behavior. Only later, when the Gemini wants to relax, are they really ready for a long-term relationship.

In the vast majority of cases, people in the zodiac sign Sagittarius are loners and live a life apart from the crowds. This zodiac sign may never find a partner for life – sometimes they don’t want to. You are closest to yourself and rarely compromise. From time to time, however, they need closeness and affection, then they can get involved in a relationship, which rarely goes well in the long term because it overwhelms the Sagittarius.

He cannot deal with it when another person is suddenly an important part of his life and wants to have a say in it. It is incredibly difficult for him to be told or to do things that he is not 100% convinced of himself. This often means that Sagittarius cannot let someone into their life until much later in life, only when they become more emotionally stable and open to others can it become something of a long-term relationship.

His independence is sacred to Aquarius. Anyone who tries to lock him up has lost before he tries. He’s such an incredibly freedom-loving character that he simply has a problem getting into a long-term relationship. Most partners who try to get involved with him will have great difficulty fighting for his undivided attention. He gives the partner the feeling of constantly having to fight for a place in his life and these exhausting battles lead in the long run to the fact that nobody goes along with Aquarius for a long time. It is often in vain to fight for an Aquarius if he does not want it 100% himself, which is why Aquarius relationships often do not last long.