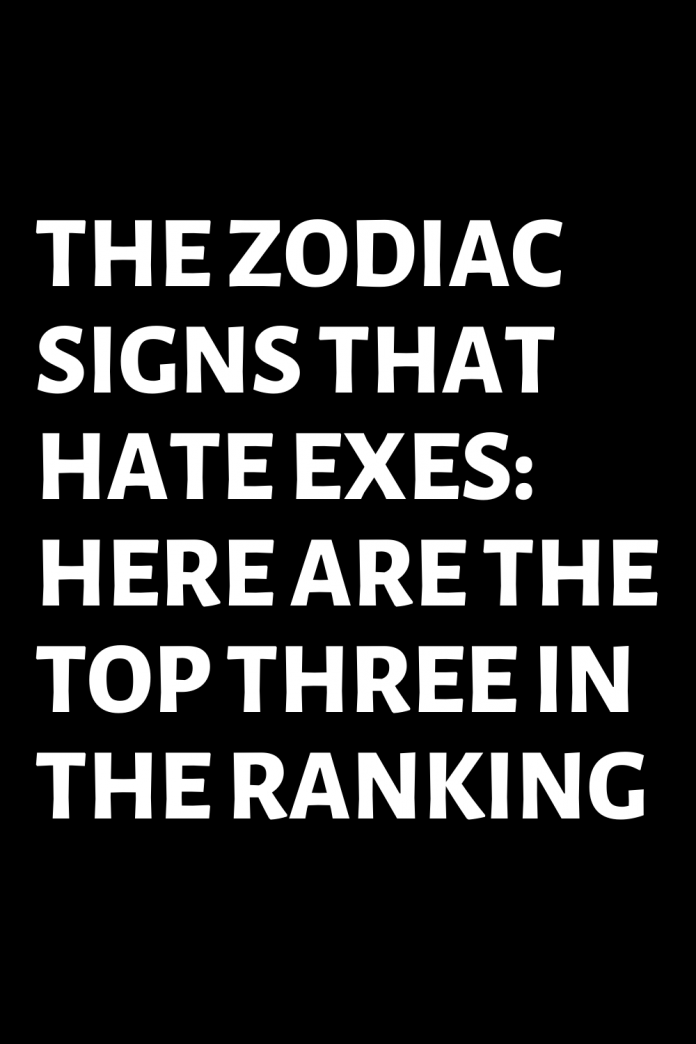 These three zodiac signs start hating their former partners one minute after the relationship ends. Do you think your sign is on the podium?

Not everyone is able to end a relationship and stay on good terms. Indeed, there is almost always a tendency to forget former partners, putting years of relationships behind them in order to start looking forward again . Sometimes it can happen to remain on cordial relations with an ex, other times it happens to even become friends and then there is a third option: extreme hatred and revenge !

Some zodiac signs start hating their ex-partner a minute after the relationship ends. It’s natural behavior, they can’t do without it. Often, in addition to hatred, there is also the desire to take revenge for the suffering suffered during the sentimental bond, especially at the end. Today we will discover the ranking of the zodiac signs that hate former partners . This is the podium, do you think your sign is there too?

Taurus : in third place in the standings we find the sign of Taurus. It is impossible for this sign of the zodiac to remain on good terms with a former partner, it is a characteristic that belongs to others . When the Taurus is left he begins to hate and plan revenge, even if he often limits himself to a few digs on social media and almost never goes to the end. After the initial anger, rationality takes over, even if it is impossible for the Taurus to be able to remain on good terms with those who made him suffer.

Aries : in second place in the ranking is the sign of Aries. Aries would be able to do anything if he were to suffer for love, his revenge could be very cruel. When a love story ends, the Aries distances himself from the other person, who becomes almost a stranger. In this way, Aries can take revenge without feeling too guilty.

Leo : the primacy was almost obvious. Leo is too proud of a sign not to hate a former partner. Those who belong to this sign of the zodiac live for revenge, in any context. Anyone who dares to treat a Leo person badly will have to deal with his anger. And there is no chance of forgiveness, Leo is one of the signs of the zodiac most capable of hating others.