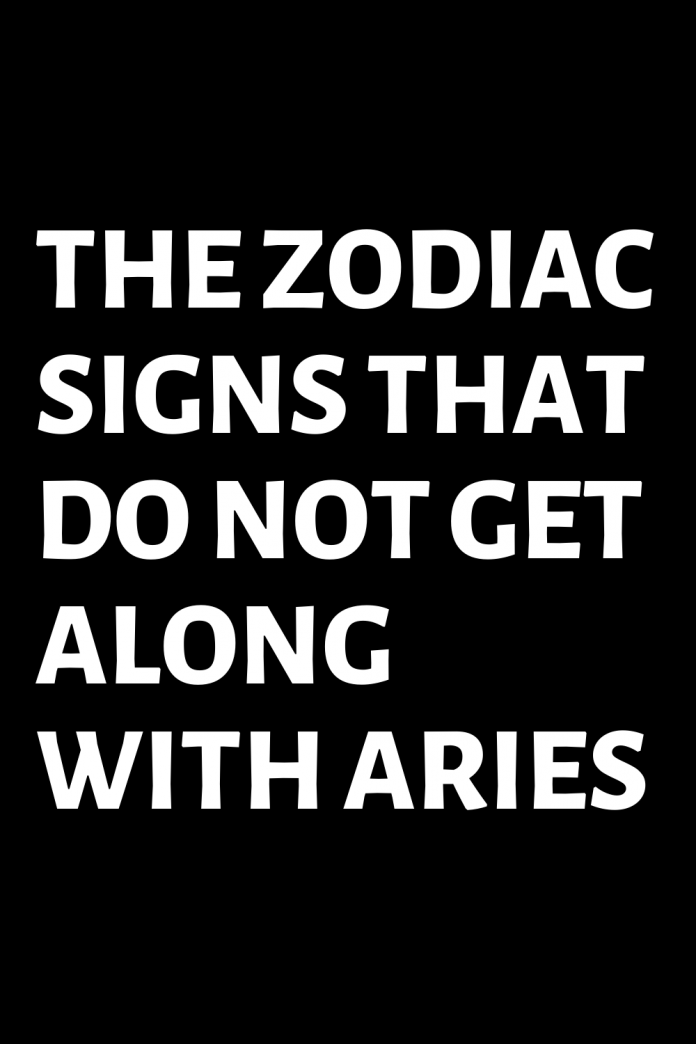 These three zodiac signs don’t get along very well with Aries. There is a kind of mutual antipathy between them. We discover the podium

Aries is a sign ruled by Mars , belonging to the fire signs. The Sun transits in the Aries period between March 21 and April 20. People born under this sign of the zodiac have great fortitude and face life with a lot of energy. Aries is a sign that desires independence already in the first years of life and is capable of overcoming great challenges, especially if others think they are impossible.

This sign of the zodiac always tells the truth and lets itself be guided by instinct . It might seem a little too hot at times because it ignites easily, but it only happens when you feel teased. There are some zodiac signs that Aries doesn’t get along with at all . Today we will find out what these signs are: here are the top three in the ranking. Do you think your sign is there too?

The zodiac signs that do not get along with Aries

Scorpio : in third place in the ranking we find the sign of Scorpio. We have already seen which are the zodiac signs that get along well with Aries and Scorpio definitely cannot be part of this list. These are two very fiery and instinctive signs, often arguing because they want to have supremacy in an argument. These two signs are too similar to get along.

Taurus : in second place in the standings we find the sign of Taurus. Taurus also doesn’t get along with everyone , and Aries isn’t at the top of the list of signs he loves. The reason? It’s very simple, they both have hard heads and don’t give up an inch when there’s a fight. These two signs also struggle to stay in the same room, they light up easily and all these sparks prevent a civil coexistence.

Capricorn : in the first place in the ranking we find the sign of Capricorn. This sign is particularly stubborn but handles problems calmly, unlike Aries. Aries ignites and Capricorn tries to throw water on the fire. They would seem two signs able to compensate for their own shortcomings and instead this is not the case. Aries can’t stand Capricorn’s phlegm, especially when there is an ongoing discussion.