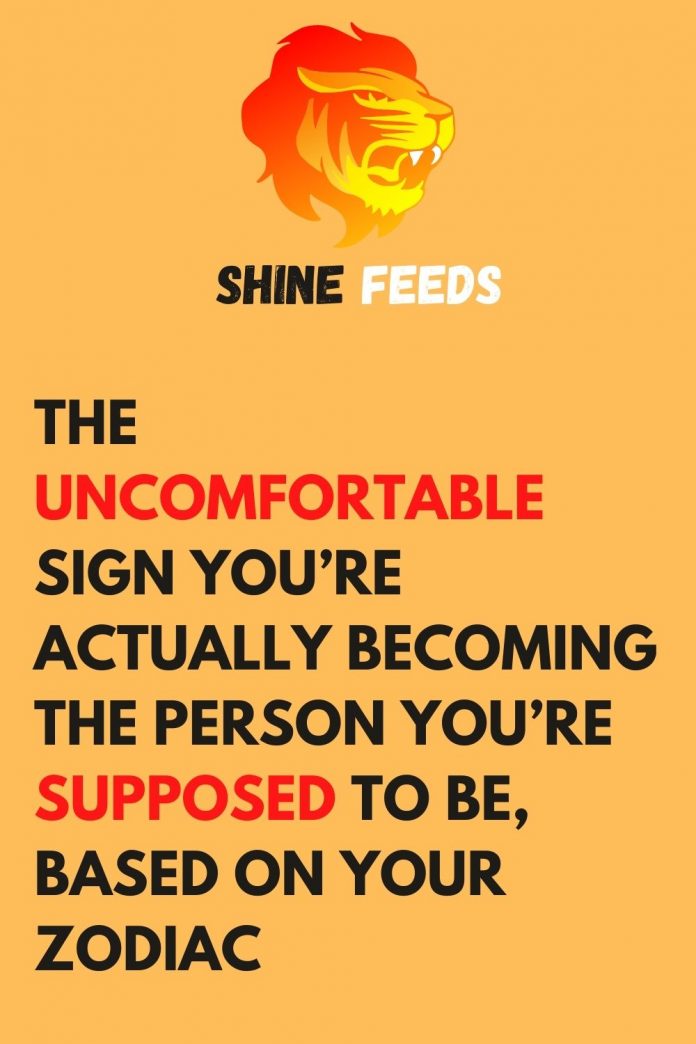 As an Aries, you are quite moody, but you like to cover up your true emotions on a daily basis. The key sign you are actually growing up and becoming a better person is that you are tired of bottling up everything you are feeling. You have come to the conclusion that you need to start being okay with your feelings — good and bad.

As a Taurus you are incredibly stubborn to a point that causes harm for you. You don’t know how to take criticism and you don’t even understand the word ‘no’ because to you, you can do no wrong. In order to grow as a person, you need to take a step back and allow yourself to fail. You will never become the person you are meant to be if you can’t let go of control.

As a Gemini you adore having control. All your life you have planned out every little detail of your future. But right now, it’s getting to the point where you have matured enough to realize that you can’t control every little thing. You have decided to leave it up to fate, and you’re finally okay with that.

For Cancers, you are extremely sentimental and find yourself getting lost in your past more than in the present moment. The uncomfortable sign that you’re becoming the person you’re supposed to be is finding peace in your past. You have had to learn to let go of the mistakes you made, and to let go of people who did you wrong. As hard as this step is to take, it will ultimately set you free.

As a Leo you are a dreamer and you hate facing reality. Your key sign here is that you have started to not live in your fantasy world. You have had to accept that life is not perfect and it will never be! You aren’t going to get everything you want or even deserve, and it’s better now to start realizing that.

For you as a Virgo, you are very emotional, and it can be hard for you to show your weaknesses. The first step to becoming the person you’re supposed to be is learning how to ask for help when you feel anxious or depressed. You can’t just ignore it or push it away, you need to understand that it’s okay not to be okay and people can help you deal with your emotions.

For you, you always play the victim and get incredibly defensive. You have always acted like life was against you, and had an incredible amount of self pity. The uncomfortable sign you’re becoming the person you were meant to be is when you start owning up to your mistakes and your mishaps. You have to stop blaming everything on everybody else, and own up to your imperfections.

You have always been jealous of friends, of your peers, and of people you don’t even know. By accepting your flaws and your own body and mind, you are growing up and becoming a better person. See a counselor. Go to therapy. The number one sign you’re becoming the person you’re supposed to be is learning slowly how to love yourself.

For you as a Sagittarius, you can easily get wrapped up in love interests that don’t have any interest in you. You need to start accepting that not everyone is going to fall in love with you, and you need to stop giving those people your attention.

As a Capricorn, you have always been negative and pessimistic. You have always thought the worst was going to happen. By learning how to cope with your constant anxiety and negative state of mind, you’ll start feeling better and more alive. You need to get your thoughts under control in order to become the person you’re meant to be.

As an Aquarius, you often feel lonely and like you are all alone in this world. The sign you’re becoming more mature and grown up is when you can be alone and not feel lonely. You need to start enjoying time spent by yourself. You don’t always have to be doing something with someone else to enjoy your life.

As a Pisces you struggle with feelings of doubt and sadness. You easily get triggered and depression overwhelms you. The sign you’re getting over this mountain to climb is by giving up your pride and stop trying to escape reality. Instead of numbing yourself with alcohol and drugs, your ability to ask for help is a sure sign you’re improving as a person and human being.