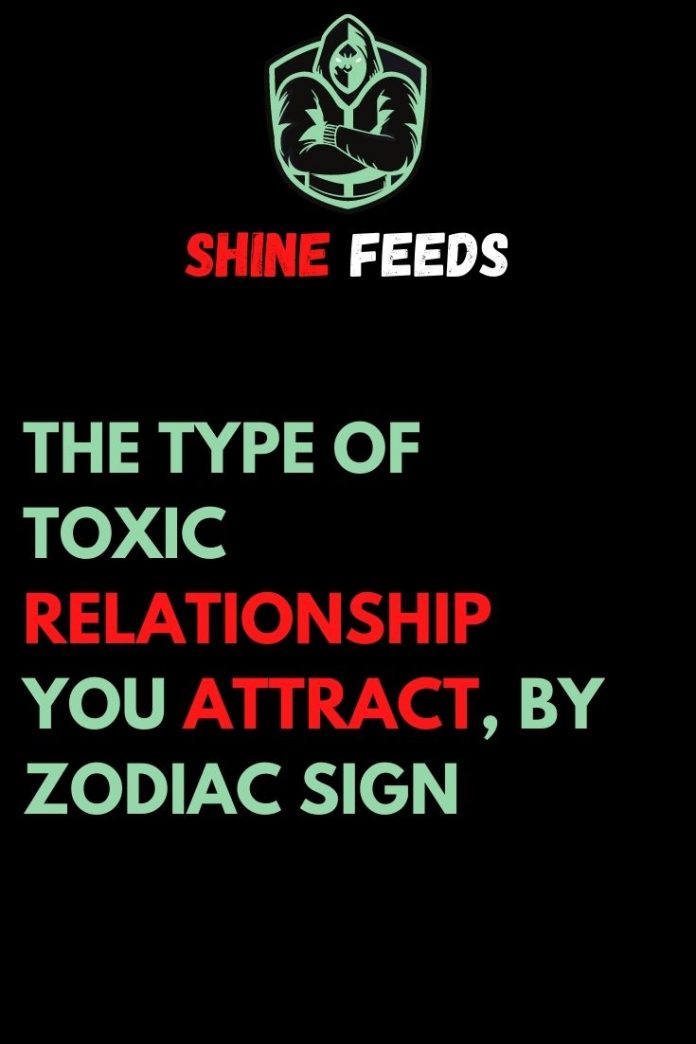 Astrology plays a role in the aura we give off that attracts certain people. If you keep finding yourself in similar toxic relationships time after time, go ahead and blame the stars and take the steps to move on and find the right relationship for you.

You’re an active person and up for pretty much anything so you attract the ‘man-child.’

Taurus (April 20th to May 21st): The Manipulator

Being a Taurus makes you the most loyal type of person out there, and this will, in turn, attract the manipulator.

A Gemini is known to be loud, spontaneous, have multiple personalities, and despise routine.  This leads you to attract the lazy guy.

You are incredible at giving love, attention, and respect. Unfortunately, this means you give it to people when they don’t really deserve it. Because of this, you attract the needy dude.

You are an attractive, smart, wonderful person, but somehow you attract the ‘rebounder.’ He is only with you for one reason: to get back at (or with) his ex. H

You are the type of person who worries about everyone and shies away from being the center of attention. This, in turn, attracts the kind of guy who wants a mom figure as a girlfriend.

You are a social butterfly that tends to have an issue saying ‘no.’ You attract that guy who wants to use your status to climb the social ladder whether in a group of friends or with their work. More than likely, the guy you attract is not looking for love, but a way to get ahead in life.

Scorpio is very strong-willed and stubborn, passionate, and brave. However, you seem to attract the ‘passive guy.’

A Sagittarius is typically known as the truth seeker or world wanderer. They enjoy having a good time as anyone else, but they also need to know the truth and be grounded in reality at the same time. This leads you to attract the guy who is incapable of being grounded or serious in his life.

Being a Capricorn means you are deeply emotional and connected to those close to you. You are also not one to fall based on the outside, the inside counts the most to you. This leads you to fall for the guy who is just a plain jerk.

You are an intellectual and eccentric. You enjoy being able to solve problems.  Because of this, you tend to attract the boring guy. The guy who will listen to you about everything, but they won’t add their opinion, or allow their opinion to differ from yours.

Being a Pisces means that you want to be friends with everyone and are as selfless as possible. Unfortunately, this leads you to attract the typical insecure ‘cool guy.’.