You have spent hours trying to take the perfect picture to send him on Snapchat (or to post on Instagram in the hopes that he would come across it and leave a like).

You have pretended to be okay with a casual relationship to convince the other person to stay even though you secretly wanted a real, committed relationship that had the potential to last a lifetime.

You have forced yourself on a diet, not because you were trying to become healthier or wanted to do it for yourself, but because you thought they would like you better if you lost some weight.

You have let yourself grow distant from friends and family members that you used to be super close with because you let your relationship become your entire world.

You have lied about your interests, your age, or what you do for a living because you wanted to impress them and didn’t think the real you would be someone they were interested in dating.

You have driven miles out of your way to meet up with them because they were unwilling to meet you halfway and save you such a long trip.

You have turned down the chance to date other people who would have treated you right because you were waiting for them with the false hope they would eventually become your other half.

You have gotten much more wasted than you originally intended because you wanted to prove to them that you were able to handle your liquor.

You have gotten into arguments with someone who loved you because they pointed out how horribly you were being treated by your person and you didn’t want to see it at the time so you fought back.

You have dyed your hair a different color, gotten a piercing, or gotten a tattoo because you thought it would impress them.

You have ditched friends at the last second (or called in sick from work) in order to spend time with them, because they refused to work around your schedule and you really wanted to see them.

You have pretended to be interested in a certain band (and even forced yourself to listen to the songs when you were alone so you would learn the lyrics) even though you completely hated them. 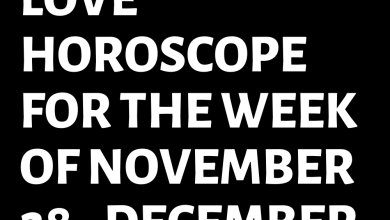 LOVE HOROSCOPE FOR THE WEEK OF NOVEMBER 28 – DECEMBER 4

HOW UNDERSTANDING YOUR ASTROLOGY CAN HELP YOU LOVE YOURSELF MORE