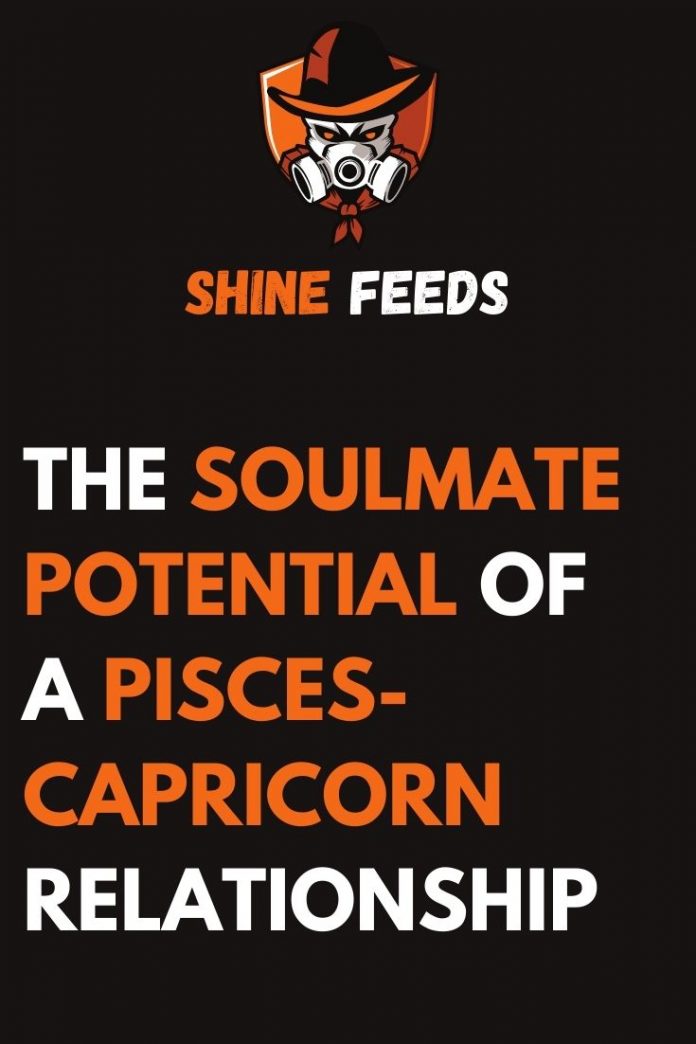 When a Pisces and a Capricorn fall in love, it’s a union between solid Earth and mystical waters. And while you might think that sounds like an unlikely combination, you’re right — but it’s also one of the best.

When one thinks of a Capricorn, they think of the CEO type — someone hardworking, practical, and ambitious. Pisces, on the other hand, are often thought of as dreamy artists — they are empathetic, intuitive, and emotional. And yet when the two come together, they mix in ways unimaginable. What one lacks, the other makes up for. What one wishes they could be, the other is. Instead of finding their differences frustrating, they’ll grow to admire one another.

But while this is a classic case of opposites attracting, the two are the same in the ways that count: they are both honest, dedicated, witty, and when in love, want nothing more than to share their life with their partner. In a relationship, neither can help but break down each other’s walls and become vulnerable with one another. To them, it only feels natural.

When a Pisces and a Capricorn fall in love, neither may even notice until it’s too late — it happens slowly, and then all at once. By the time they realize their feelings, they’re stronger than expected and unlike anything they’ve ever experienced before. A love between a Pisces and a Capricorn is one that can be conveyed with a simple touch, a secret glance. They can communicate without a single word, but not for a lack of things to say — these two can tell each other anything and everything, and they will, without fear of judgment.

But what makes them soulmates isn’t just their compatibility — it’s also how they grow together. A Pisces and a Capricorn can learn more from one another than they’d ever expect. With a Capricorn acting as their anchor, a Pisces will learn self-discipline and the power of persevering. Capricorns, on the other hand, will learn how to open their hearts and understand the world through Pisces’ rose-colored glasses. A negative Capricorn needs the wisdom of an idealist Pisces, and a dreaming Pisces needs a reality check from a pragmatic Capricorn. A Capricorn softens under the Pisces’ touch, while the Pisces builds themselves up from Capricorn’s solid ground.

This is a couple of land meets the sea, of stardust and dreams. They are friends that become lovers and lovers that remain friends till the end of their lifetimes. And when things go right for these two, it’s damn near perfect.