They secretly know that they can make a lot of promises they know they’ll break, because they’re always out and about, they often get lost in the moment and make plans for the next 10 years and then go home and change their minds about everything. They know it but they will always refute it.

They have trouble admitting that they’re actually a lot more sensitive that they appear to be, they like to act tough and indifferent but the truth is the smallest remark or comment could really hurt them and keep them up all night. They also don’t admit to people that they’re upset or hurt because they don’t want to show others how vulnerable they really are.

Virgos like to be proper all the time and they like being the perfectionists of the zodiac, but sometimes they wonder what it’s like on the other side, what it’s like to be free-spirited and living in the moment. They don’t like to admit that they actually care about what people think, their behavior is greatly affected by what others might think of them.

They know they’re too forgiving sometimes and a lot of people take them for granted but they’ll never say it out loud, they will always give the benefit of the doubt or come up with excuses for the ones they love even if they know that these people don’t deserve that kind of love or forgiveness.

While they have no problem admitting everything, they’ll never admit that they have a lot of regrets. They have trouble believing that they didn’t make the best possible decision about something. They will always praise their decisions and tell you it was the right thing to do even if they know that it wasn’t.

They don’t like to admit that they pushed someone away. They will always blame others for leaving them and won’t really try to see if they were the ones who forced them to leave. They live in their own head and they’re always trying to dramatize everything — including their reality. 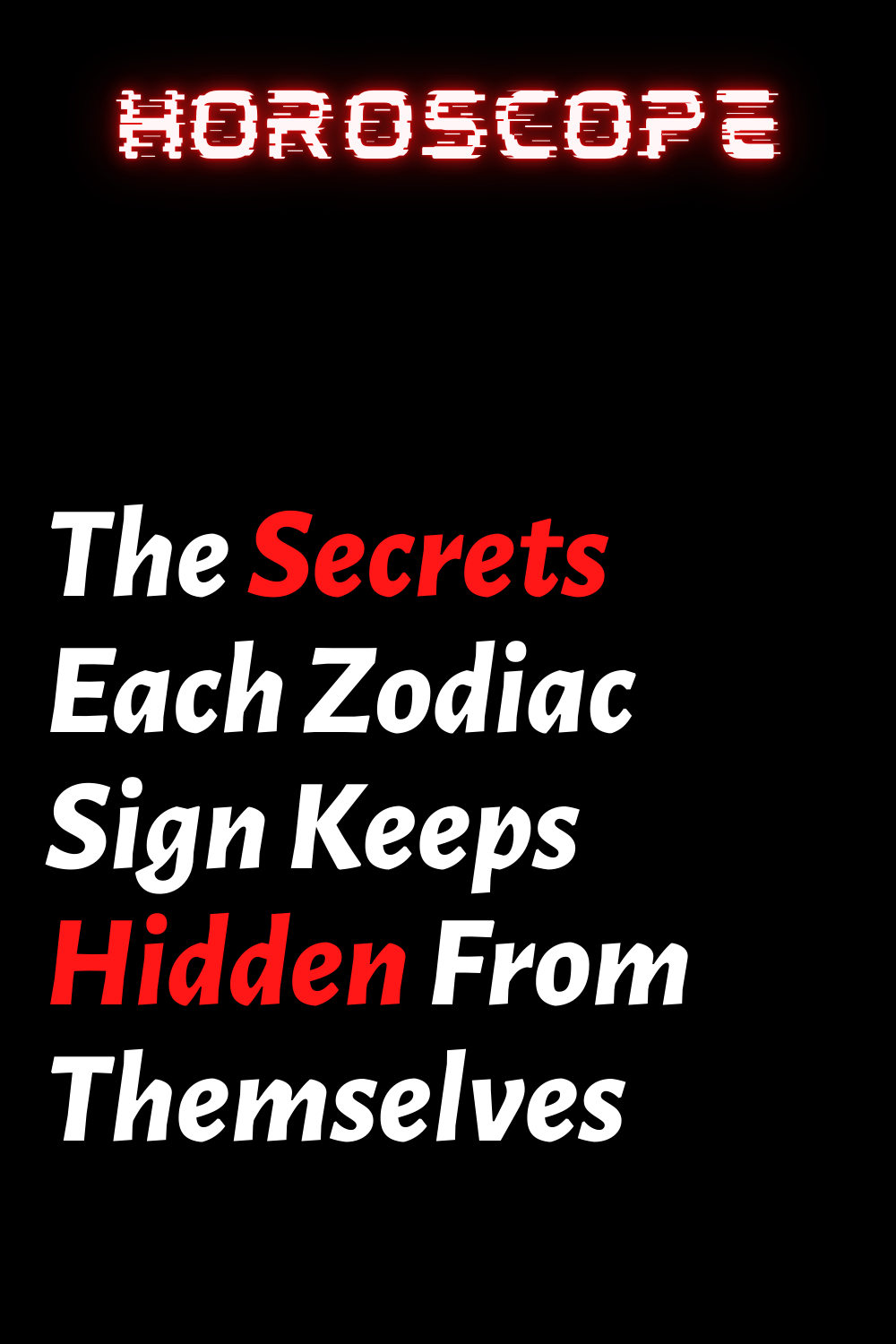 5 ZODIAC SIGNS THAT ARE NOT (NECESSARILY) MADE FOR MARRIAGE

THIS IS HOW THE SUN AFFECTS EACH ZODIAC SIGN