The ruling planet for each sign says a lot about the traits of each sign. Special horoscope in which you find out what your planet means!

The significance of each planet in astrology has been forged over time, born from several different origins of thought. Its roots can be traced back to Babylonian, Roman, and Greek mythology. A modern version of all these presents what we know today as astrology.

According to astrology, we all have specific strengths and weaknesses depending on the day we were born. The ruling planet of each zodiac sign is the source of this power. Understanding the function and effect of each planet helps us clarify even more what we are all capable of doing.

The planet that rules Aries, Mars, dominates desire, aggression, passion, anger, and our most primal instincts. In Romanian mythology, he is considered the god of war. As a zodiac sign, fiery Aries embodies these qualities.

Of course, Taurus is ruled by the affectionate and sensual Venus. This planet rules beauty, luxury, money, and romance. In Romanian mythology, Venus is the goddess of love.

Quick and clever Gemini is ruled by Mercury. In Romanian mythology, he is considered the messenger of the gods. It governs self-expression, communication, connection, and intellect.

Sensitive Cancer is ruled by the Moon. In astrology, the moon dominates emotions, irrational responses, your mood, and the way you process feelings. In Romanian mythology, the moon is the female counterpart of the sun.

The ruling planet for each zodiac sign – Leo: The Sun

The bold and confident Leo is ruled by the Sun. In Romanian mythology, the sun is the god Sol. It governs your general character, your will to live, your identity, and your ego.

In astrology, Mercury rules Virgo. It gives him logic and perfectionism. He rules analysis, rationality, technology, communication, and connection.

The mysterious and magnetic Scorpio is ruled by two planets: Pluto and Mars. Pluto is the god of the underworld in Roman mythology, while Mars is the god of war. While Pluto rules secrets, the subconscious, transformation, death, and rebirth, Mars rules aggression, vitality, desire, and carnal instincts.

Sagittarius, philosophical and lover of variety, is ruled by Jupiter. In Greek mythology, this is the equivalent of Zeus. Jupiter rules knowledge, expansion, indulgence, growth, and optimism.

Hardworking and ambitious Capricorn is ruled by Saturn. In Greek mythology, this is the equivalent of the god Kronos. In astrology, Saturn rules discipline, limitation, restriction, responsibility, and commitment.

The progressive and eccentric Aquarius is also ruled by two planets: Uranus and Saturn. In astrology, Uranus rules change, revolution, individuality, and radicalism. In Romanian mythology, he is the god of the sky. Saturn, on the other hand, rules challenges, time, wisdom, rules, and planning.

The dreamer and artist Pisces is ruled by two planets: Neptune and Jupiter. In astrology, Neptune rules the realm of dreams, creativity, fantasies, and deception. In Romanian mythology, he is the god of the sea. The other Pisces planet, Jupiter, rules risk-taking, curiosity, mind expansion, and growth. 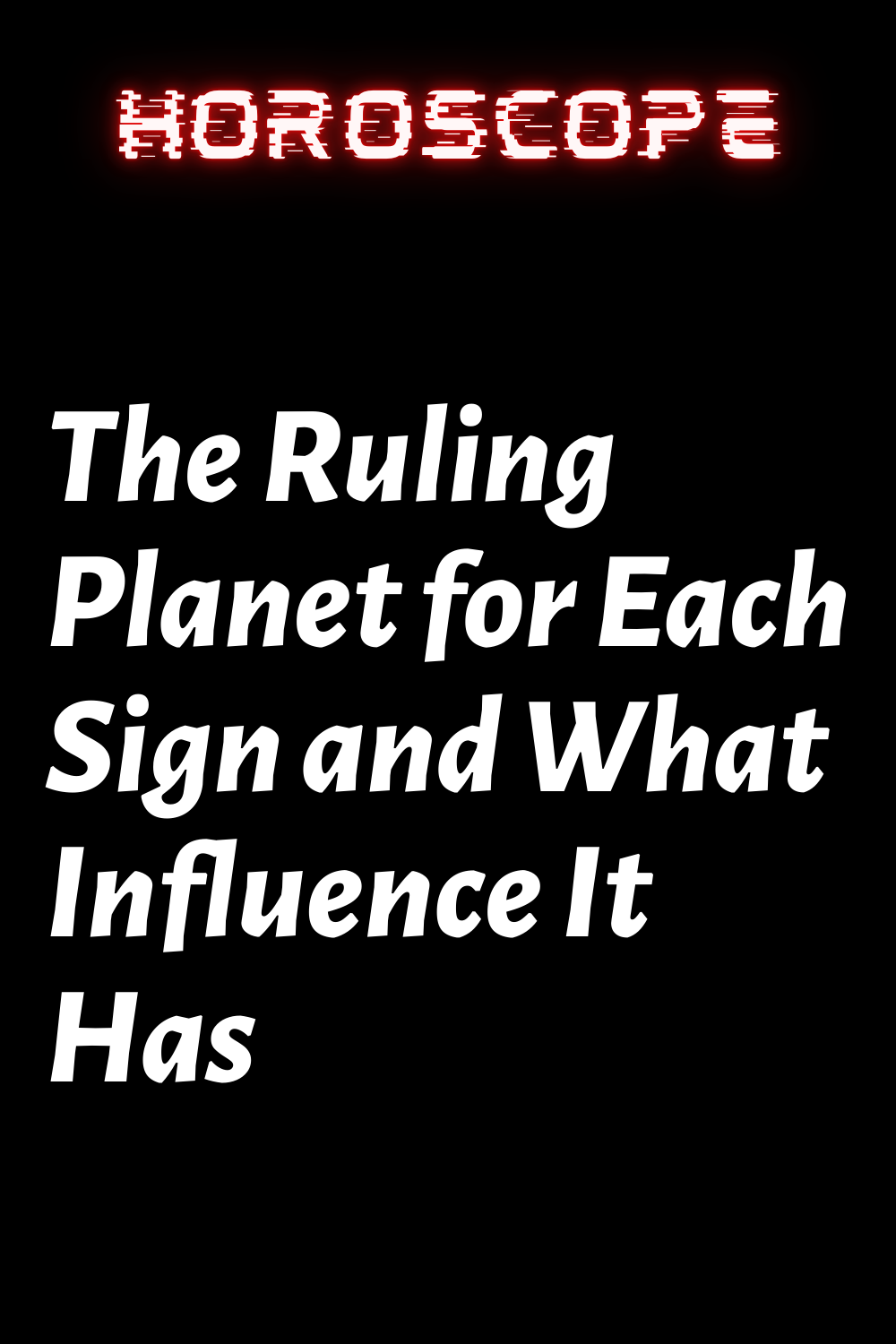 The luckiest signs of October 2022

WE HOPE YOU ARE NOT ONE OF THE ZODIAC SIGNS WITHOUT STYLE!

How addicted you are to your partner, depending on the sign you were born in

HOW ORIGINAL ARE YOU? FIND OUT FROM YOUR ZODIAC SIGN