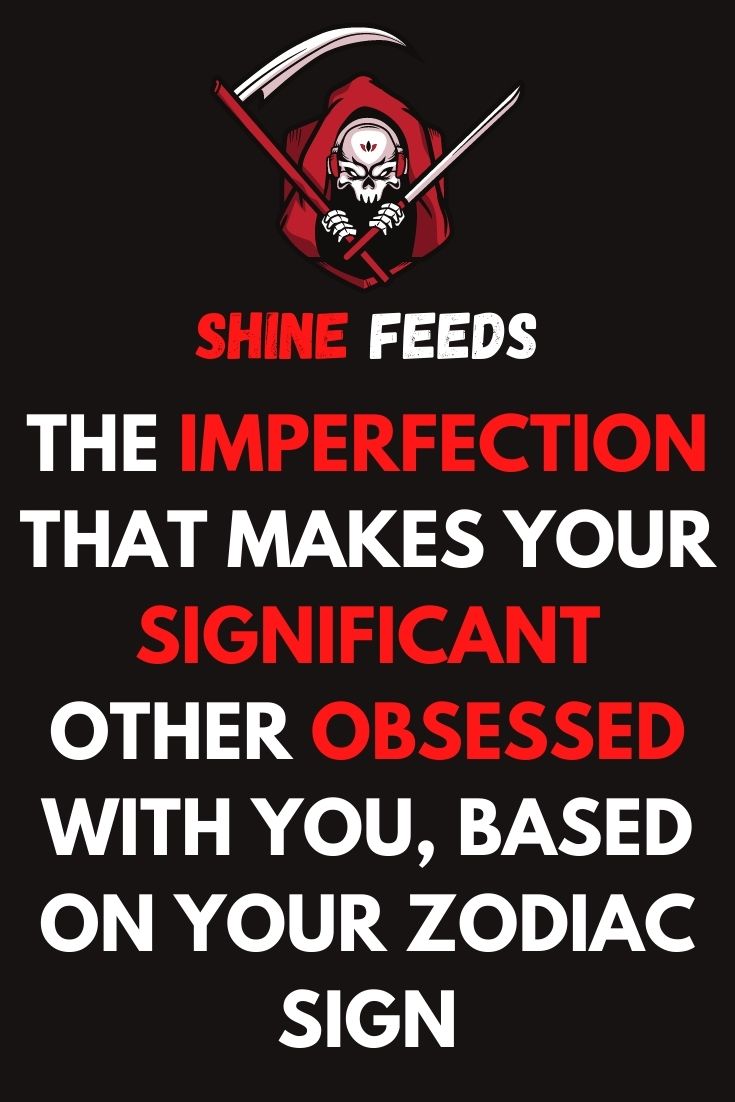 THE IMPERFECTION THAT MAKES YOUR SIGNIFICANT OTHER OBSESSED WITH YOU, BASED ON YOUR ZODIAC SIGN

For being as strong-willed and heavy headed as they are, Aries have a natural innocence and childlike wonder about them. It’s part of their charm, and it’s their perpetual curiosity that makes them avid thinkers and learners. It’s also what their partners tend to love the most about them: that they are so endlessly interested in things, and that they can at once be so unbelievably intelligent and yet so aloof at times, too.

A Taurus is a walking anomaly. They are eager to impress people, but even more so desire their friendship and affection. They say they like to be by themselves, but thrive in the company of the people they love most. They try to be content with life as it is, but can’t help but keep dreaming about how they can make things better. You never really know what to expect with a Taurus, and for those close to them, that little bit of unexpectedness loosens up their image of being “perfect,” and makes them all the more lovable.

Geminis may oscillate between their two “selves,” (or, more commonly, the different aspects of their personalities that they want the world to see). But one thing that really characterizes Geminis no matter what they’re doing is their eagerness to help, and to show up for the people they love. Geminis are always looking for ways to make life better for everyone around them, even if it means at times they step on toes or take on more than they can handle.

Yes, Cancers are the sweet lovers of the zodiac, but what only those closest to them realize is that they are also easily provoked, and that can result in them cracking a few too many “jokes” about a (kind of serious) situation, or even being petty when something really gets to them. Cancers aren’t confrontational by nature, so they’ll store away their grievances and only let them out in passive aggressive slides. Though this certainly isn’t one of their better traits, seeing how defensive and protective they can be is endearing, and makes people want to commit as much as they do.

When a Leo desires something, they crave it with their whole heart and being. This means that often, Leos will find themselves jumping from job to job, passion to passion, workout plan to workout plan. What may look like indecision on the surface is just the relentless work of someone who refuses to give up on what they really want, and that’s one of the most attractive things about a Leo.

Virgos aren’t usually pinned for being sensitive (hi, Pisces) but they are, and very much so. They care deeply about what others think of them, and whether or not they are measuring up in life. They are extremely sensitive to other people’s needs and always want to be doing whatever they can to stay in good graces with the people they love. It may make them a bit paranoid and unruly at times, but their soft hearts are what makes Virgos amazing.

Libras are the kings and queens of everything jovial, charming and easygoing, so it can be almost shocking to discover they truly have a rough and tough side, especially when it comes to defending the people they love. Sure, it’s a departure from their usual loveliness, but the people closest to Libras love to see their inner fire come out and watch them be totally passionate about something, even beyond reason. It’s a nice change of pace from their usual even-temperedness.

Scorpios are the most ferocious sign of the zodiac, and they are not the people you want to cross. However, the real magic of a Scorpio is that they are so subtly intense you might miss their passive aggressive comments if you aren’t quite paying attention. For the people closest to Scorpios, they love watching how seriously they take the world sometimes, and the dire lengths they will go to if their friend or loved one needs something.

Sagittarians are both known for being hilariously dry… and then sometimes, taking those jokes just a hair too far. In fact, one of the biggest things that gets them into trouble is not knowing when a joke it “too much” or when being too honest is actually being a tiny bit hurtful. But in the end, this kind of radical honesty and candor for life is something that makes Sags so attractive to their partners; making them laugh is a huge part of their relationship equation.

Capricorns are like, the most earnest people on the planet. They take everything so seriously and think so hard about everything and try so much all the time that they end up complicating things much more than they really need to. Though this is often what lands them in times of stress and confusion, in a world that values a carefree, cool attitude at all times, showing that you care is one of the most endearing things a person can do.

Aquarians exist in a world unto itself, and so it is actually surprising to learn that Aquarians also have very intense concepts of “right and wrong,” and they are almost constantly trying to create within their lives more of what they deem noble. Known as the sign that’s just kind of, well, out there, it can be surprising to learn that they are so opinionated about, well, everything, but they are – and it’s one of the most interesting things about them.

Their flair for drama.

Pisces are pegged for a lot of things: being creative, aloof, sensitive… but not often dramatic, which is interesting, because “drama” is what happens when you put all of those traits together. It might not seem like an appealing trait in a relationship, but when someone will go to the ends of the Earth to enact grand gestures of love and genuinely seem devastated every time you have an argument, it gives you the sense that they really, deeply care. Nobody can convince someone they are their soulmate like a Pisces.