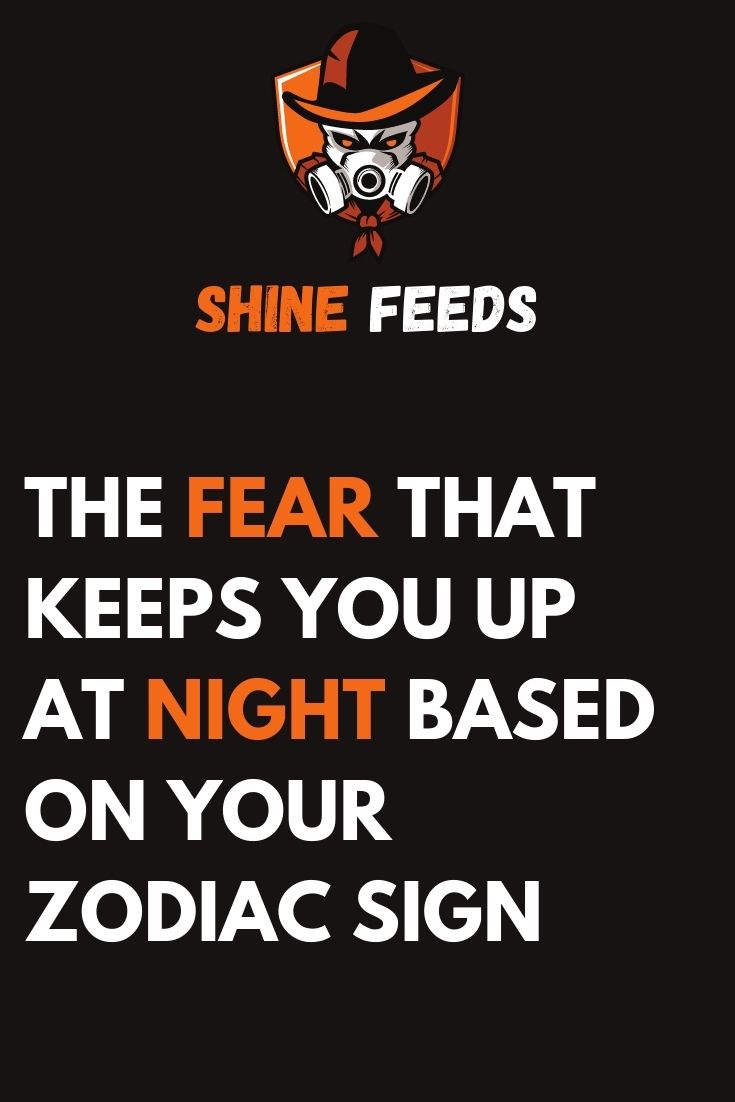 Aries: An Aries will often struggle with the fact that not everything is black and white. They have difficulties seeing anything that isn’t crystal clear in one way or the other. They’ll lose sleep if a situation arises in which something is not specifically clear and they aren’t completely correct in their decisions. Aries will often worry and even fear that they aren’t right about something that doesn’t have a specific answer. You can find an Aries up at all hours of the night wondering what decision they should have made. They need to pause and learn to relax – not everything is black and white and there is a grey area every once in a while. It’ll drive them crazy, but if they can accept that, they might get some sleep.

Taurus: Taurus constantly need stability. They need to feel like they’re walking on a solid ground (as do most of us). Specifically, Taurus worry about their financial points. They’re very stubborn and will stay up thinking about how they can keep themselves balanced or make sure that they are going to be able to keep walking, keep moving ahead on solid ground. It can be difficult for a Taurus to just relax and realize that financial problems aren’t going to just get cleared up overnight! Taurus need to move forward and keep pushing forward. Finances are important, and it’s great to be responsible, but your health is more important!

Gemini: A Gemini will begin to panic if they feel backed into a corner. They won’t take it well if they feel forced into any situation. If things are starting to feel repetitive, they’re going to handle it very poorly, they’ll be upset and frustrated, and feel like they’re just spinning their wheels. Geminis will lose a lot of sleep if they feel trapped. The wonderful Gemini needs to let themselves go and fly, they need changes and excitement. If they’re stuck in a repetitive rut, they’re going to be miserable. Accept that you can change and every day can be a new adventure!

Cancer: Cancers are a very very dependent sign. Cancers love attention, they love to be around people, and they love human interaction in general, even if it’s something so simple as a quick text just to ask how they’re doing. This will make your Cancer’s day! If they go too long without interaction, though, they’ll begin to fixate. They’ll be up no matter how late or how long thinking about what went wrong and led to the situation. They’ll wonder where people have been, and what’s going on – replaying every interaction that they’ve had with you, and it’ll eat them up from inside. Cancers need to accept that they can love themselves and don’t have to feel quite so lonely.

Leo: Leos are compassionate people. They’re brave and prideful, but they also worry about what’s going wrong. They might not say it at the time, but they’ll take any little jab you make straight to heart, and they’ll wonder what’s going on. Leos have the sweet, loving nature because they don’t want to let people down. They want the validation from other people and want to be told that they’re doing such a great job. They want to be told that they’re appreciated and they want to feel important. Validation can come from within! You’ll sleep much better once you realize that you’re going to be okay, you’re going to feel fine, and you’re going to feel much better about yourself.

Virgo: Virgos are strong-willed and can play it off like they don’t care. They do, though. The Virgo wants to feel more appreciated in their work life – they work so hard to make sure that everything they do is to the best of their abilities. They work hard on everything that they do and want to make sure that everything is completely perfect. The Virgo is going to be a great worker – but they’ll worry about it later. If they send something in, they’re going to stay up and wonder if it’s good enough. They’ll want to know if everything is up to par – but it never will be for them. They want to feel like other people understand how much work they put into things. They, again, need to understand that their work is going to be appreciated.

Libra: Libras are going to fixate on extreme situations. They’re going to worry constantly about what to do when the situation is going on. The Libra will be lying in bed at night, staring at the ceiling and replaying everything in their mind. They’ll wonder about every angle and then next thing they know, it’s morning. This may also lead to making some harsh decisions, but they’ll move past it. They may seem calm on the outside but their minds will constantly be chugging along. The Libra needs to feel comfortable and content in their mind before they allow themselves to rest.

Sagittarius: A Sagittarius is always worrying if they’re going to be able to express themselves correctly. If it seems like they won’t be able to, they’ll feel panicked. They need to know that they have their own freedom in their lives. They need to have their own control over themselves and their wellbeing. The Sagittarius needs to know that they’re going to have their freedom to make choices and to make the right decisions. Their freedom is their top-notch worry.

Capricorn: Capricorns are some of the hardest working people – right next to Virgo. The Capricorn, though, will be up worrying that they’re never going to succeed. They’re worrying about whether or not their achievements are enough – if they’re at a good point in their lives. They’re going to worry that they’re not doing well enough and they’re not meeting their own standards. They need to understand that they first need to accept themselves – they need to believe that they’re good enough on their own.

Pisces: Pisces are a very artistic and creative sign. They want to know that people are appreciating their work. If they feel suppressed, they’ll be up at all hours – they’ll be stuck inside their mind with every creative and artistic thought that’s being ignored – they’ll wonder how to get things going on. They want to know that they can show their creativity everywhere and they don’t have to hold it in. If it’s held in, eventually, like we’ve seen before, a Pisces is going to burst.