Why do some signs seem worse than others? Everyone has a good side and a bad side and no zodiac sign automatically makes you a bad person!

However, astrology can give us a better understanding of our unique personalities and the things that cause us anger and frustration.

You may also want to read: Astrology and the seasons. What are the autumn signs and what is their meaning

Here are the worst zodiac signs in astrology:

Despite Scorpio’s tough exterior that often hides a deeply emotional and sensitive core, he can also be mean and manipulative at times.

This sign is difficult to heal because it tends to blow when hot, and when cold.

Scorpio is vindictive when he feels he has been wronged and, because of his attitude, he never backs down from a conflict. Scorpio is a strong, intense, and stubborn sign that does not like to make mistakes.

Instead of choosing to argue with a Scorpio and make him angry, tell him he’s right and apologize if you hurt his feelings.

Capricorn is a ruthless and goal-oriented sign, and its harsh way of communicating can easily cause hurt feelings.

Because he is so unyielding with his ambition, Capricorn tends to give up on people he doesn’t need and to use those he considers valuable to advance his career. Sometimes, he even chooses romantic partners who can be of use to him.

Capricorn can be moody and suffer, especially when this workaholic sign gets stressed.

Do fun things with Capricorn to train him and make outbursts less likely.

On the other hand, if Capricorn gets angry with you, stay calm to stop the situation from escalating even more. Apologize and explain your actions maturely to calm him down.

Aries is full of fire and passion, Although he doesn’t necessarily intend to be mean, his direct and firm way of speaking and superior attitude can easily hurt someone’s feelings.

Aries can have a volcanic temper that he will reveal whenever he gets upset. Although Aries’ anger quickly fades, he will not hold back at that moment.

When dealing with an angry Aries, stay calm and let him say what he has to say. Give him time to calm down and then talk things out, making sure you empathize with his feelings.

Virgo is a perfectionist, which leads to a lot of criticism from the people around her.

Although Virgo is only trying to help, her critical nature and moody attitude are often interpreted as malice.

Even the smallest imperfections get under Virgo’s skin and cause her to respond with unwanted and sometimes insensitive criticism.

Remember that Virgo is her own worst critic, no one is a victim of her perfectionist attitude more than herself. She judges everything she does and often ends up stressing herself out.

When Virgo criticizes you, think that it can help you, because Virgo likes when people follow their advice. Even if you disagree, do so respectfully. Virgo will only get more upset if her ideas are rejected.

This is the most affectionate and friendly sign of the zodiac, but when provoked or attacked, the Leo takes out its claws.

Leo cannot bear to feel that someone is putting them in a bad light or taking advantage of them. And once the stubborn Leo stands up to fight, he won’t back down. He easily hurts people when he is angry.

Leo likes to receive compliments. When he does something that upsets you, tell him clearly because he doesn’t like subtleties, but let him know that you still respect him and accept him.

Don’t tell Leo what to do. Leo is a born leader and very stubborn on top of that. Let him take the lead, so you can avoid his anger and any mean things he might say in a moment of frustration.

Cancer doesn’t want to be mean but can experience sudden mood swings.

This sign, usually kind, gentle, and encouraging, can reveal its less good side when in a bad mood.

Cancer rarely says or does anything bad on purpose, he will just be grumpy and hard to approach, in contrast to his typical welcoming and warm energy.

Fortunately, Cancer always prefers to talk and express their feelings, even when they are in a bad mood.

Sit with him, listen to him, and empathize with his feelings to help him cheer up.

Gemini’s level of mischief usually depends on their mood.

Geminis are fickle and often wander between opposite moods. When Geminis want to be cute, they are charming, playful, and super friendly. When Geminis are unhappy, they can become extremely argumentative and rude.

With Gemini, it’s all about clear and thoughtful communication. If he’s confronting you about something, make sure he talks about it respectfully. Gemini will appreciate your honesty and usually doesn’t hold grudges. 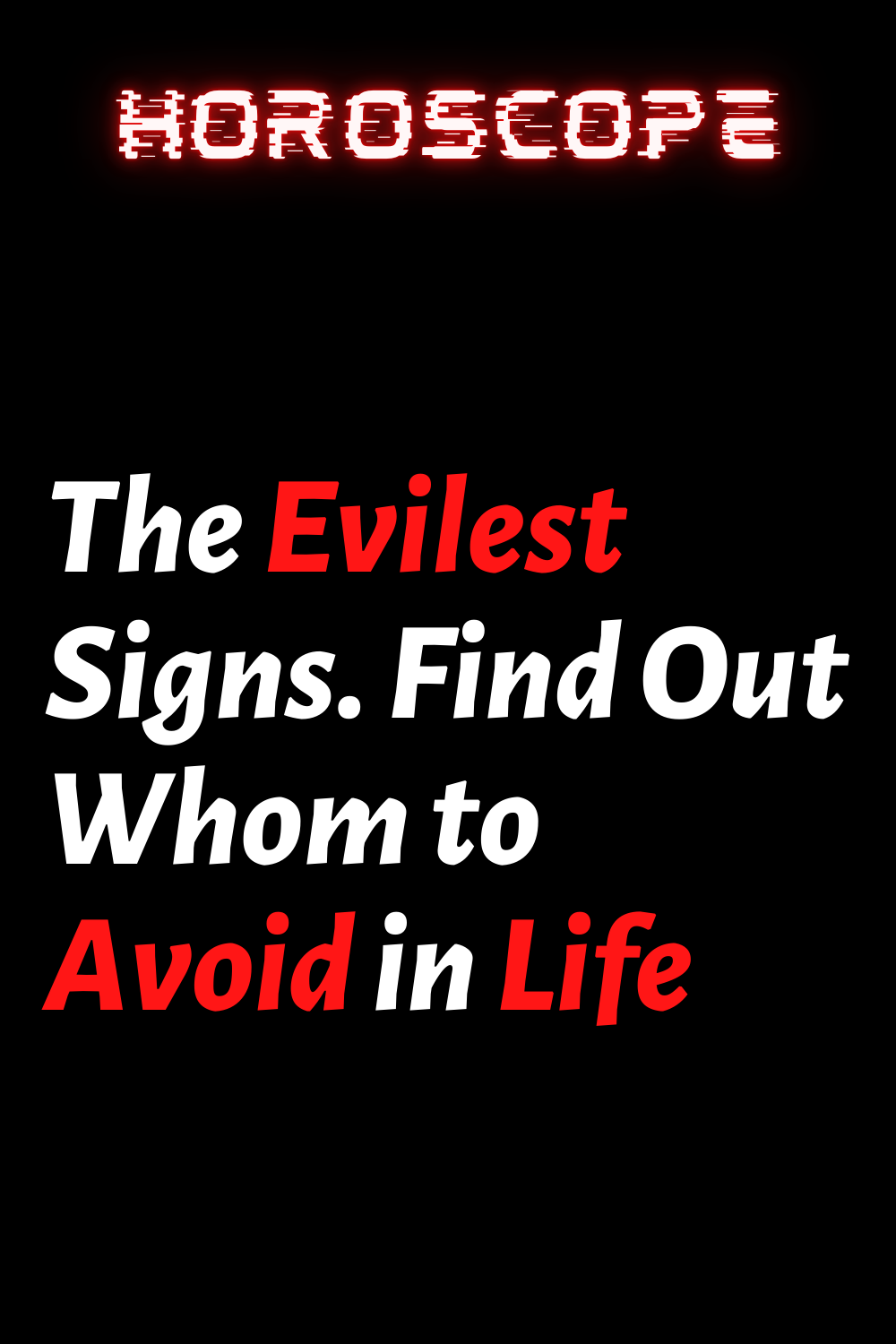 Zodiacs With The Strongest Compatibility On May 19 2021

Zodiac: The Signs That Most Easily Get Into Debt In 2022

2022 IS THE YEAR OF THE TIGER, EVERYTHING WILL CHANGE FOR THIS ZODIAC SIGN