Who are the zodiac signs who lie the most? While no sign is completely free of telling the occasional lie, who are the most corrupt.

Scorpio is at the top of the list for the zodiac signs who lie the most? What? Well, honestly, is anyone surprised? I’m sure you, Scorpio, aren’t even remotely surprised.

As the most manipulative and deceitful sign out there, it isn’t exactly breaking news that when it comes to lying, Scorpio excels in ways that no other sign can even rival. But the thing with Scorpio is that they’re so damn good at lying that even they have a hard time telling fact from fiction after a while.

While Gemini will never be as deceitful as Scorpio, when it comes to manipulation and lies, they definitely have a talent for it. But the thing is, also similarly to Scorpio, people know that Gemini is a liar.

However, because Gemini is so fun and creative, it’s just an accepted part of their personality. Sadly, Scorpio doesn’t get off so easy when it comes to their penchant for lying.

Although it may be easy to dismiss Pisces as just an artsy, sensitive soul, the reality is that underneath that is a bit of a devil who will lie to get what they want. With their ability to be far more intuitive than most of the signs, Pisces knows exactly what lies to tell and how to tell them to get what they want out of almost every situation.

Libra’s combination of being both charming and manipulative makes them great liars. They lie to get out of trouble, they lie to make themselves look better than they are, and they lie to get what they want. Basically, they’re always lying.

But while they’re pretty much a walking lie unto themselves, their indecisiveness makes it difficult for them to keep track of their lies and commit to them without trying to change a lie they already told! Before they know it, they have a series of different lies out there, but each one is just as believable as the next. Personally, I’d say this is a gift.

Yes, Cancer is an absolute liar, but unlike the other signs on this list so far, their lies aren’t meant to hurt or get what they want. When it comes to Cancer’s lies, it’s more about exaggeration and their inability to see the true version of events.

So while they’re still one of the biggest liars in the zodiac, at least their lies are, usually, harmless.

WHAT THE ZODIAC SIGNS ARE OBSESSED WITH 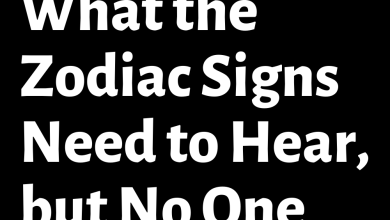 What the Zodiac Signs Need to Hear, but No One Tells Them

5 BIGGEST SLEEPY HEADS OF THE ZODIAC – ARE YOU ONE OF THEM?