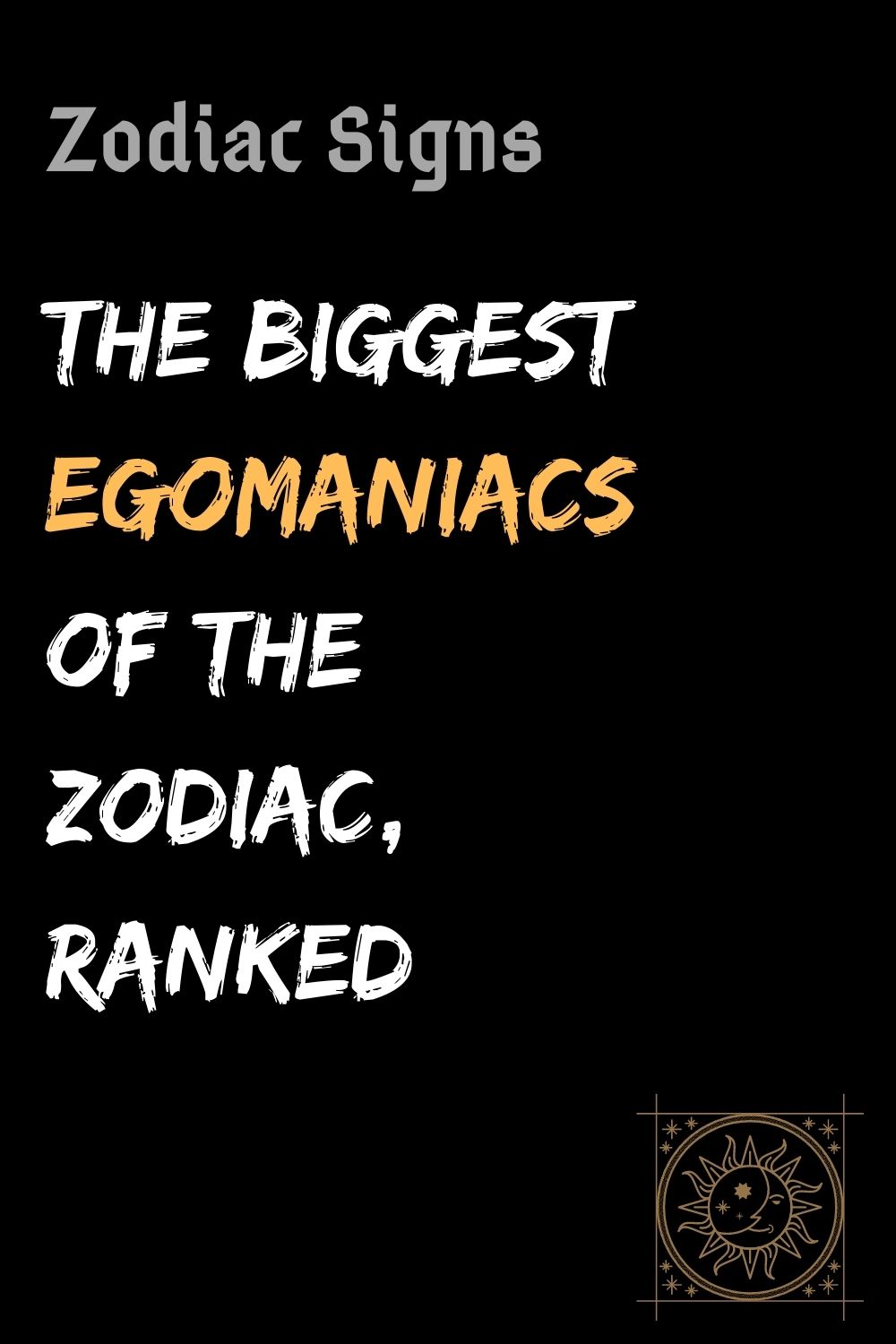 Yes, it’s true, all Leos are crazy egomaniacs, but the interesting thing about that is they always have a good reason for it.

People like them despite their arrogance. Wherever they go, they are the life of the party. It’s a role that suits them so well.

Leo’s path to success cannot be stopped. When an idea is in their head, nothing can stop them.

The frustrating thing is after they taste some success, they become incredibly egotistical and arrogant.

They think they are right about everything, whether it’s about them or about you.

Sags like to do all sorts of things that are not so pretty to other people, but they want to get away with it on the basis of their charm.

It’s true, Sags are a delight when they want to be, but it’s also true they can be just as evil when their well-being is at stake.

In other words, Sags are incredibly selfish.

They think everyone should look up to them because they are so perfect and they know everything.

They are so caught up in their world, or better said, into the fact that the world revolves around them, that they don’t even notice when they’ve been pushy and bossy to others.

The truth is, they don’t even care.

Taurians completely ignore other people. They don’t even leave the possibility of sometimes being wrong.

They are always right and there is nothing you can do to make them think otherwise.

No other solutions are acceptable to a problem other than what they’ve decided.

Taurians usually look insensitive because they always deal with their problems first.

It doesn’t matter if someone else has a bigger problem, they have to wait for Taurus to solve theirs first.

Actually, they are not insensitive, they are just the first on their list of priorities.

They are not that good with handling feelings, so they rather choose not to.

Aries cannot notice when something is wrong with the person they are with.

Because of that, they turn out to be egocentric, since they don’t react when someone’s struggling.

On top of that, they are extremely impatient, which only adds more suspicions about their egomaniac side of personality.

Aquarians don’t seem like selfish and egotistical people. In general, that’s true, because they really try hard to help those who need them.

They are great listeners and they will never pass on a chance to make someone feel better.

The problem appears when you don’t help them the moment something happens.

If you don’t drop everything and show up at their doorstep, they are going to cross you from their list of friends.

They will always tend to other people’s needs, except in situations when they are working on something important.

In those moments, good luck trying to get even a fragment of their attention.

Virgos have two sides to their ego. On one side, they – the perfectionists they are – won’t miss an opportunity to brag about their talents and their work.

On the other hand, their need for everything to be perfect can destroy them.

Instead of being proud of what they’ve done, they sometimes beat themselves up because they haven’t done it as well as they wanted.

Despite these minor issues Virgos have, they will definitely always help someone who needs it gladly.

They are not that egotistical – only a little bit, only sometimes.

As long as you don’t pick a fight with a Scorpio, you’re safe. When Scorpio trusts and cares about you, they will do anything in the world for you.

If by any chance, you have a fallout with a Scorpio, they will come at you hard. They will show a completely different side – a vengeful side.

They are seeking revenge because they are obsessed with justice.

If someone has wronged them and they weren’t the ones to blame, they will really come back at that person hard.

Gemini are equally egocentric and fair. The egotistical side of their behavior is the fact they love to talk about themselves.

If they’ve achieved something, they won’t keep quiet. Instead, they will make sure everyone hears about what a great thing they’ve done.

Their good side is they can take criticism and probably make a joke out of it. They are not strangers to laughing at their own expense.

They know they have flaws and they don’t deny it.

The thing is, when they do something praiseworthy, they want everyone to know it – that’s the egotistical side of a Gemini.

Libras know there is always room for improvement. As they grow older and time passes, they want to be better at everything.

You learn until you die – that’s their motto.

In that way, they are selfish because they are never satisfied with where they are and what they’ve accomplished. They always want more.

Their egotistical side appears because of their self-care.

When it comes to people around them, Libras will always help with advice and support, no matter what.

The forgiving nature of a Pisces forbids them to be egocentric.

Whenever they have a fallout with someone, they are the ones who establish contact first and apologize, even if they did nothing wrong.

The feeling of not being in good relations with anyone makes them nervous.

Pisces would never hurt anyone on purpose. They would rather risk getting hurt than doing something wrong to someone else.

Actually, their biggest problem is they are always putting themselves last, even in situations where they’ve should have been their own priority.

Capricorns are hard workers. They work to get their way to the top and while doing it, they don’t have the need or the time to feed their egos.

They are practical; they know their results and their deeds will show who they are and how hard they work. They don’t need to say it out loud.

When Capricorns put their mind and soul into something, they are going to do it no matter what.

They won’t stop until their assignment is accomplished.

And what’s even better is that Capricorns never do anything just for their benefit, but for the benefit of the people they are surrounded by, too.

And finally, the most selfless sign of the zodiac who usually gets hurt because of it: Cancer.

Always, but always, will Cancers put everyone else’s need before their own.

They are known to be the most sensitive, loving, and understanding sign of the zodiac, which comes with a price they have to pay.

They are doing a good thing to make people happy and to make the world a better place.

They aren’t seeking approval, praise, or reward for what they’ve done. They are doing it because they feel it’s the right thing to do.