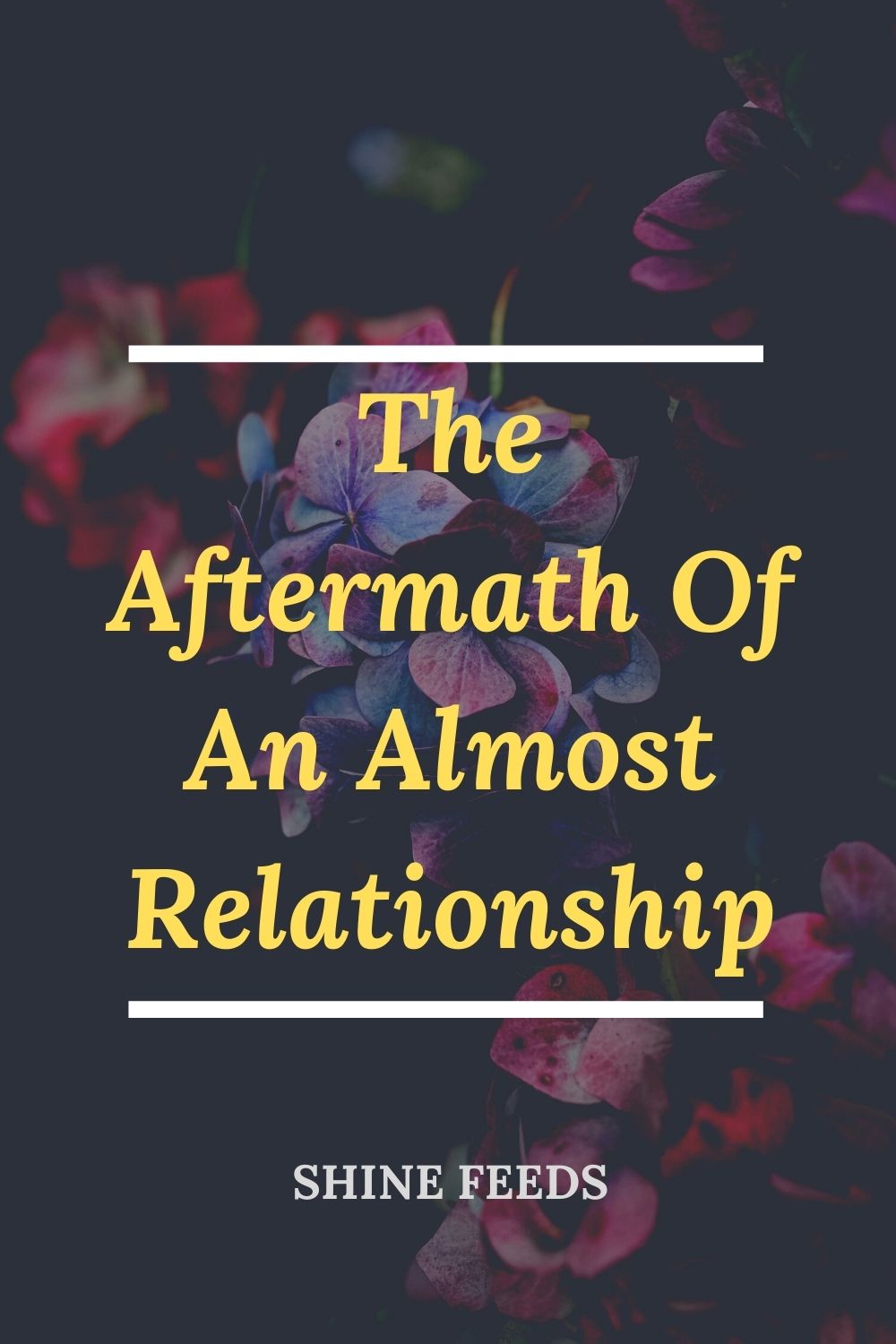 You almost dated someone. You were almost the girl who was chosen. You had a boyfriend—at least you almost had him. There was something, but you’re not sure how to call it.

There were no labels. There were no promises made out loud, just those silent ones you could read from each other’s behavior.

But in the end, all you can call yourselves is ‘almost’ together because nothing really happened.

You thought you’re just taking things slow. It was like neither of you wanted to rush things and you both enjoyed spending time together. At least this is how it appeared.

But somewhere between taking things slow and actually admitting your feelings, you got caught up in this grey zone you were unable to move through.

And that’s all you were left with—frozen in time with so many possibilities but none of them happening.

You hoped your almost will turn into something actual. You hoped you will be able to stand in front of your friends and introduce each other as more than friends—as people who are dating.

That you’ll be able to change your profile picture, that you’ll save each others numbers with your cute nicknames instead of just names, but it didn’t happen.

Nothing actually happened. And all that remained was the hope that things will change eventually.

But regardless of how long you waited, somehow you got stuck and you weren’t moving anywhere. No matter how hard you swam, if you ran or walked, you didn’t move from the same spot.

Would all of your dreams come to life? Would it be all you ever wanted?

Even if it wasn’t a real relationship, it still haunts you. It still tears your heart apart. And melancholy is still your best friend.

Because it might have not be a real relationship, but the feelings were very much real. And the pain is very much alive.

And, at the end of the story, once you refuse to settle for something that is in the air and non-existent, you can’t help but ask yourself why can’t you be enough.

What’s wrong with you and how is it possible that you can’t be chosen?

You can’t escape this feeling that it was something you’ve done, that it had to be some huge mistake you made that prevented you from being chosen and from getting the love you deserve.

You can’t shake this feeling that you were meant to be. You can’t accept that it isn’t happening when you had all the signs that it will happen.

And you end up being disappointed in everything: life, people, future relationships. You end up being broken by something you don’t even know how to name.

And you end up wondering if you’ll be the one who wins ever in life.

Well, let me answer that for you—if you learned something from your almost relationship, if you know you deserve more than being just an option, if you walk away from a ‘relationship’ that isn’t going anywhere, you win.

Although the aftermath of an almost relationship is nasty, at least you made sure you aren’t stuck in it forever. At least you gave a chance to your future.

At least you made a spot for someone who’ll be more than willing to give you everything you deserve.