Find out which signs of the zodiac lie best.

Lies, you know, have short legs. Yet, there are people naturally inclined to lie and others who, instead, end up unmasking themselves even before trying. Lying is not a game for everyone and before delving into the dangerous plots of a lie it is good to keep in mind that everything said has consequences and that once a lie is told, going back will be really difficult if not impossible. Lying is also addictive, or at least that’s what many cunning liars claim. And since the stars also have their influence on the ability to tell stories, today, we will discover together which are those who know how to lie best. The difference? Those who are good or inclined to lie do not always decide to do it. To be inclined, however, remains a fact that we are going to deepen, discovering together the signs naturally predisposed to lies.

The signs led to the lies

Gemini – Proponents of half-truths
Natives of this sign are known for their duality which, in the eyes of many, can be interpreted as a double face. Their ability to lie goes very well with the desire to convey to others their own reality, the one they feel most true and which they therefore establish is precisely this. A strength which is combined with their ability not to show what they think, so as to confuse anyone in front of them, often leading them to believe that what they say is absolutely true. A skill that is practically an art and of which in addition to being well aware they do not hesitate to use, especially if they think it can be useful in certain situations.

Libra – the clever liars
Those born under the sign of Libra are naturally inclined to lies. The real problem is that they tend to tell them more to themselves than to others. Theirs is, in fact, a continuous attempt to modify the reality that surrounds them, in order to make it more pleasing to their own eyes and to those of those around them. Likewise, they are good at manipulating things and people, proving to be true masters in the art of saying and not saying. Hoping to know the whole version of the story from them is in fact virtually impossible. Every detail will be narrated only halfway, leaving more doubts than answers and everything to never give a definitive version of things that, over time, risk changing even in their eyes, thus becoming half-truths.

Capricorn – The astute liars
Those born under this sign lie knowing they do and they do it without asking too many problems. For them it is a way of being so natural that it is triggered even before they realize it. Theirs is therefore a constantly artificial reality full of little lies that over time are destined to become their reality. A skill that can turn into a real problem if they don’t learn to put a stop to it, ending up being entangled in lies too big to remain so.

Pisces – The weavers of stories
The natives of this sign hate all sorts of lies, for this reason they will practically never use, unless they are forced to, the mastery they have with words. Their greatest skill is in fact to create stories so plausible that they can weave more realistic lies than reality itself. A skill they are well aware of but prefer to use for purposes other than just lying. This does not mean that if cornered they could end up changing something about their reality, believing first in what they tell, to the point of transforming the real into a fiction.

These zodiac signs are best friends for life 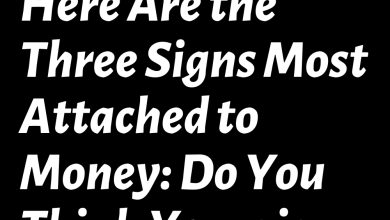 Here Are the Three Signs Most Attached to Money: Do You Think Yours is There Too?

WHAT ARE THE FREEST ZODIAC SIGNS? HERE IS THE RANKING