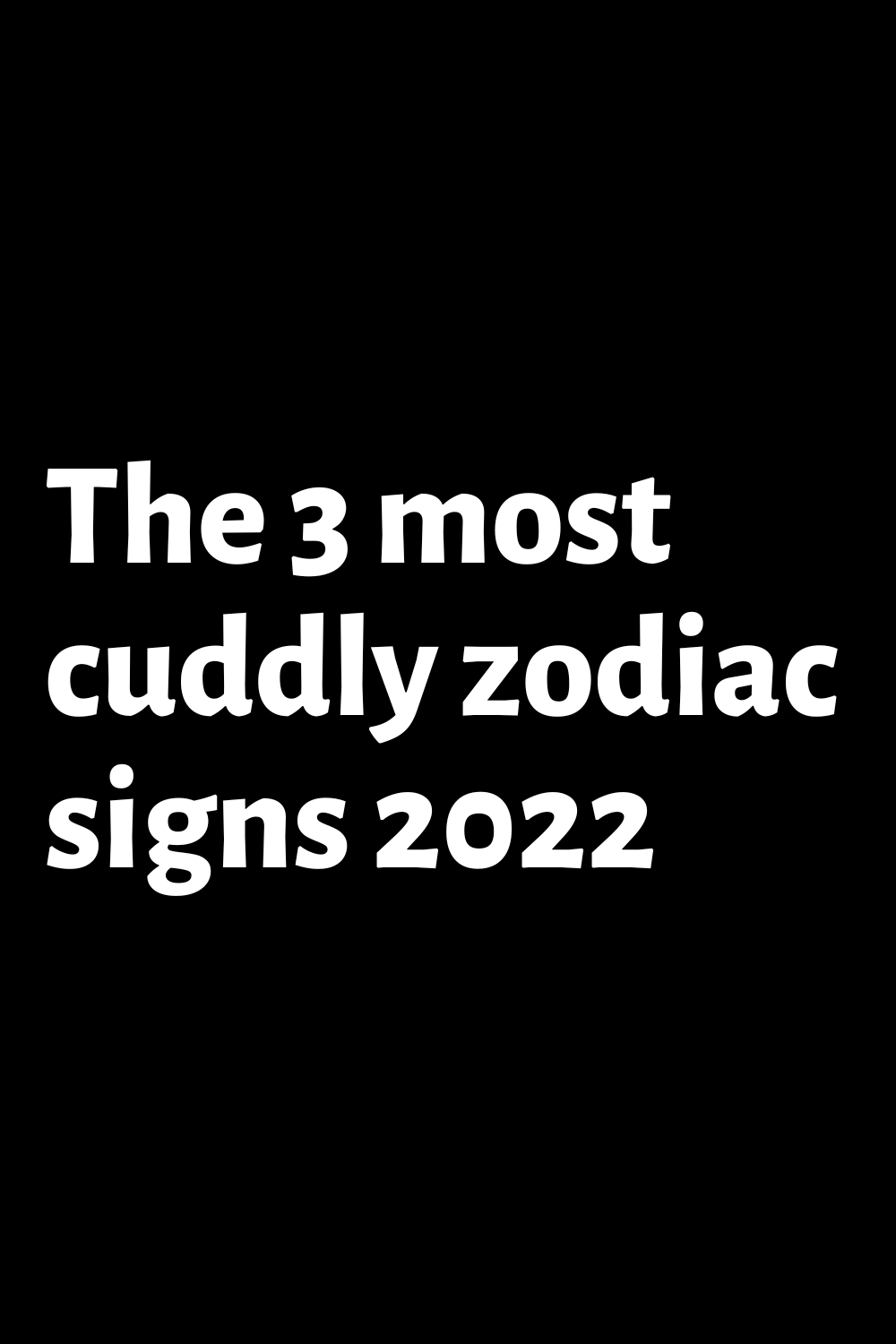 Anyone in the mood for hugs? Because I know one who would like to! Cancer is quite simply the king of hugs.

He enjoys cuddling with his partner, with his friends and acquaintances because that is how he shows his love and affection.

He feels best when he hugs people and shows them he cares.

It is also one of the most affectionate and emotional astrological signs, and therefore, any physical contact will make him happy.

So, if you are lucky enough to have a Cancer boyfriend, you can expect hugs anytime and under any circumstance.

And whatever you do, above all, don’t reject him. He’s like that because he has the best intentions and because it’s one of his ways to show you his love.

If you reject him, he may feel hurt and your relationship may not be so emotionally deep anymore because he won’t have enough physical contact with you.

Leo loves hugs more than anything.

It’s his way of expressing his love and affection for someone, for him, every moment is good to hold your hand, kiss you or even cuddle you.

You can also expect him to gently stroke your back while you are talking about something, as a sign of confirmation and support.

When in love, the Leo is always there for his partner, and he will need to touch him all the time, in order to let him know that he will always be there to protect him.

He is very sensitive, so he would never do anything that could hurt you.

Before doing anything, he will always take the time to think about how you are going to react and if it might upset you.

After every argument with his partner, he’ll want to cuddle up to reconcile, and that’s his way of knowing the problem is resolved.

So, if you your man was born under the sensitive sign of Leo, show him that you love him too and let him hug you anytime you want.

Take my word for it, it means a lot to him!

Libra is very fond of hugs, but if you think she will do it every day, then you’d be wrong.

This is a very emotional sign who likes to show his feelings this way, but if you smother him with your daily hugs and kisses, he will get quite cranky.

The catch is, he likes hugs a lot, but only when they’re spontaneous.

He doesn’t want to do it just because it’s your routine, but when he feels he needs your arms around his neck.

When he has the urge to cuddle, he’s the kind of person who will call his job to say he’s sick, so he can stay with you all day in bed and make all of your wishes come true.

There is no part of your body that will be unfamiliar to him, and he will enjoy leaving his fingerprints all over your skin.

He likes it when a woman reacts positively to his hugs because it means she loves him and appreciates when he touches her.

If you have a boyfriend who is Libra in the zodiac, you can be sure that he will do anything to make you feel like a queen and have everything you deserve.