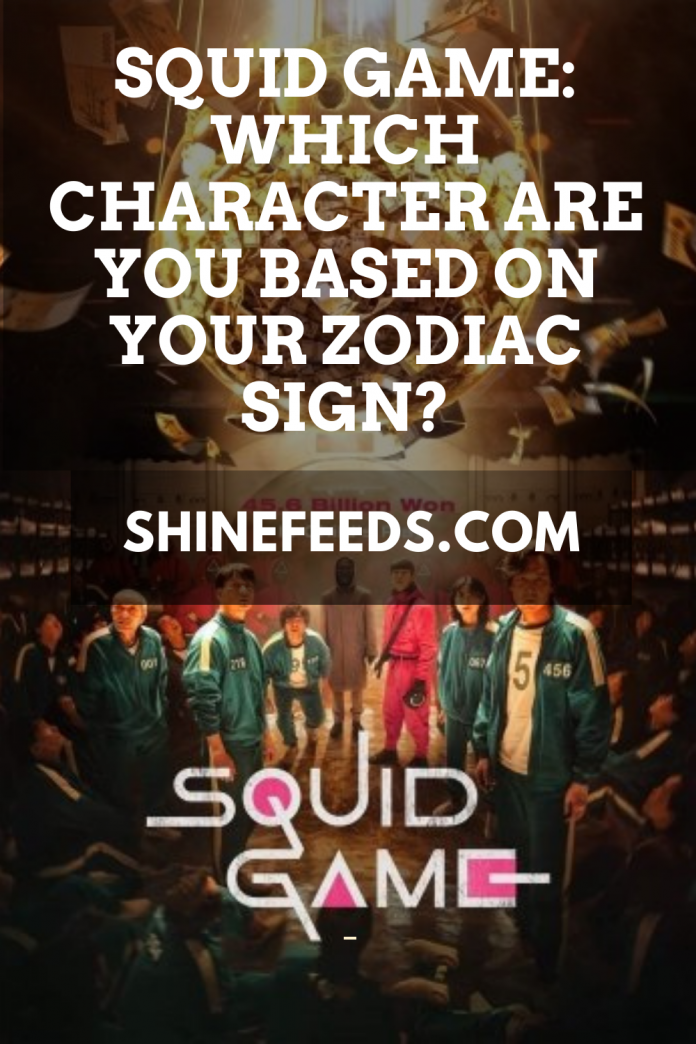 Squid Game is a hugely successful Korean television series launched by Netflix. Find out which character you would be based on your zodiac sign.

The Squid Game television series debuted on Netflix and achieved resounding success. 450 people with financial problems were recruited for a game that had to be won if you wanted to survive. People are desperate to the point of being willing to trade death for money.

Up for grabs 32 million euros. Each player showed a specific personality. Which character are you based on your zodiac sign?

A hit series that is making a lot of talk about itself is Squid Game. Raw but very fascinating, it captured the attention of many spectators. Everyone talks about it. If you are among those who have seen it, find out which Squid Game character is closest to your way of being based on your zodiac sign.

This player immediately proved to be very brave and ruthless. Ready for anything to win, Jang Dyeok-Su ranked among the baddest players. His personality is close to that of Aries. Contemptuous of danger, he knows how to circumvent adversity and how to play his cards.

The seller is a very mysterious man and many viewers have not quite understood his true personality. His personality can be traced back to the sign of Taurus. Materialistic and possessive does not like conflicts and confrontations.

Gemini is a sign to which we all confer a duality. This character was very persuasive and diplomatic and at the same time very determined. This guy is an undercover agent investigating his brother’s disappearance.

Han Mi-Nyeo’s character is a sign of Cancer. This sign has noble qualities such as loyalty and fidelity, but on the condition that it is treated with kindness. If not, he will do and say whatever is necessary to survive. This is because he has an irreversible personality that comes out if you betray his trust.

This character is the protagonist of Squid Game. We know about him that he has a very big heart. He is in debt and is in dispute with his wife for custody of his daughter and his mother is seriously ill. He needs the money and is determined to win. His determination prompts him to act as a leader, a very pronounced trait in the Leo personality.

This character stands out for his cunning and his logical skills. Quickly think about the best solution. The characteristic trait of the natives of the Virgin. It is also very competitive. Its winning weapon is strategy. It is accurate and reliable.

The sign of Libra will surely have noticed that he has a certain affinity with this character of the series. Ji-Yeong is a quiet, gentle, genuine person, in the eyes of the viewers he has a captivating personality.

Hwang Jun-Ho is a Scorpio. He has a mysterious personality, he doesn’t let us glimpse much of him. He is driven by great tenacity and his great strength of character helps him to resist for a long time. Also thanks to his skills as a strategist.

This character turned out to be very good and sadly naive. He was betrayed by his good heart. He won the hearts of the spectators. Despite his determination to take home the win, his sense of loyalty to the team played a bad trick on him. He has an open mind, comes from distant lands, and is cunning but he trusts people too much and does not see their wickedness.

Stubborn and determined, this character looks a lot like the Capricorn who puts all his effort into what he does and strives to obtain rewards from a business and financial point of view. Cho Sang-Woo is a very ambitious character and he demonstrates this. Intent on achieving his goal, he stops in front of anyone.

Kang Sae-byeok is an exceptional friend with a big heart. Enigmatic, she has a multifaceted personality. This makes her a difficult character to understand at first but over time you realize her extraordinary nature.

This character is the most atypical of the game. Although suffering from mental dementia, he is a player who shows great clarity in certain moments of the game. He knows the winning strategies and is very sensitive. This character reserves the biggest surprise for viewers. His zodiac sign can only be Pisces.