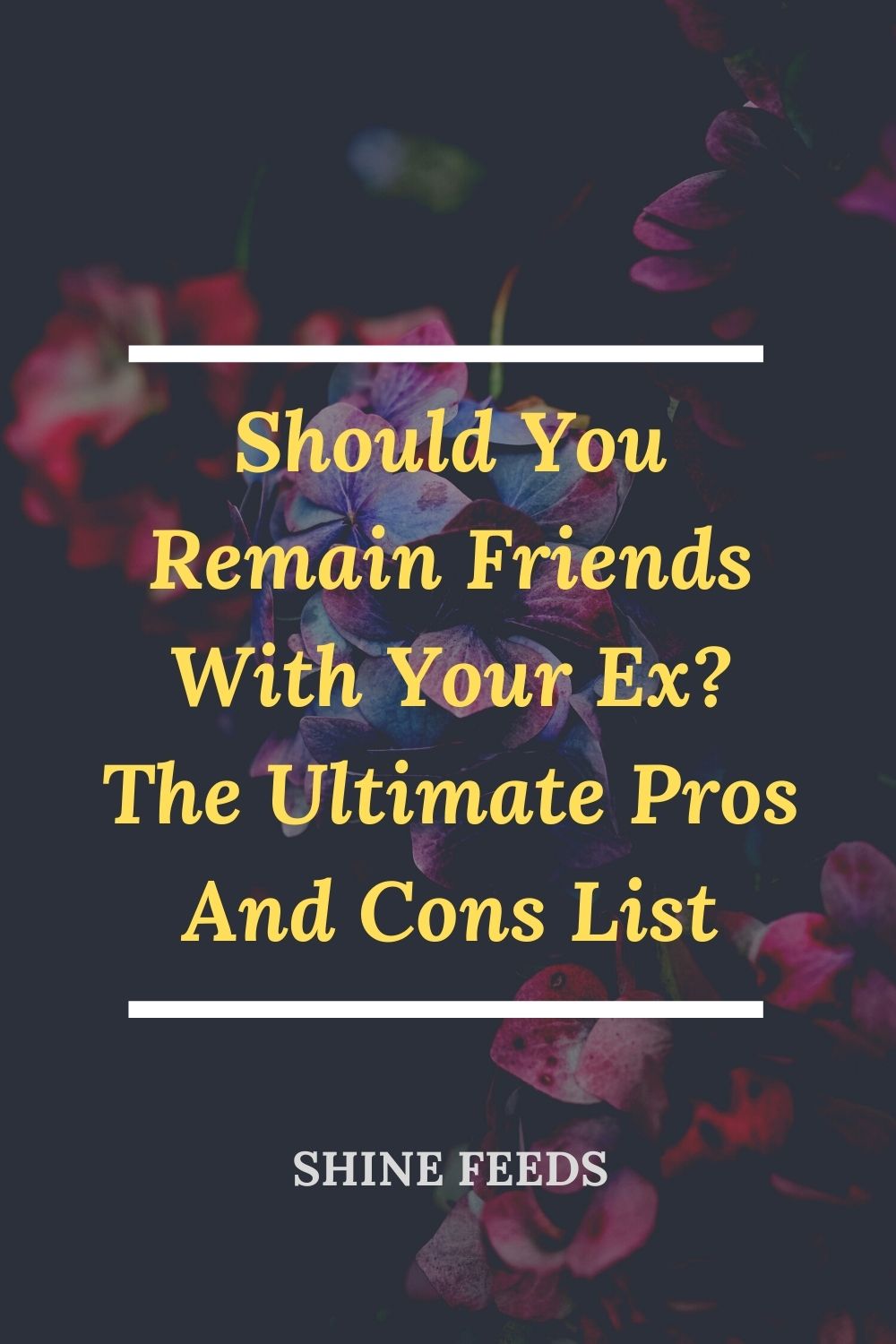 One side will always suffer and the other side will feel bad for hurting their feelings; that’s why it’s always difficult for all of us to deal with a break-up.

Now, the question we would all want to know the answer to is whether we should remain friends with our ex after a break-up or not.

Can you really stay close with your ex after a break-up? Is it really a smart idea to remain friends with your ex? On the other hand, who needs enemies in life, right?

If you’re in a dilemma about whether you should become friends with your ex or not, here are some advantages and disadvantages of that ‘friendship’.

Your ex knows you best; they get you

If you ended your relationship on a good note, you can truly become best friends with your ex. After all, who knows you better than that person?

They know how you think and act in certain situations and that’s why they can always give you good advice about everything.

They won’t judge you no matter what you do because they know you and they can’t be surprised by your actions. If there are no feelings involved between you two, they can greatly help you with your love life.

Your ex knows you best; that means they know all of your secrets

Who can guarantee you that they won’t use this against you at a certain moment? You won’t feel comfortable around them because you’ll always wonder whether or not they told your mutual friends your secrets.

You’ll finally have a male friend

Female friendships are great. The bond between the two women is unlike any other. But let’s be honest, it would be great to have one male friend, one male perspective.

Men are always more honest in friendships than women. He’ll tell you if that dress doesn’t suit you or if you’re wearing too much make-up.

He could give you the best advice on men because duh, he’s a guy too. He knows how men think and he can help you with understanding guys.

Maybe he still has feelings for you and he can’t come to terms with the break-up. Maybe being friends with you is just one of his methods to win you back.

It’s the mature thing to do

Your ex asked you to remain friends and everyone around you says that you should do it because it’s the mature thing to do and they’re right.

Even though you may still have some feelings for him which are stopping you from staying friends, you must learn to be in control of your emotions.

There is a reason why you are exes

You had your reasons for the break-up. They hurt you, you hurt them, it’s irrelevant. The important thing is that you couldn’t get along as a couple, so why should you as friends?

There are still some unfinished issues remaining from the past and sooner or later, they’ll come to the surface.

They can help you move on

If you decide to remain friends with your ex, you’ll communicate more and that’ll help you to get the closure you need. You’ll talk about all problems you had in the relationship that eventually led you to the break-up.

In those talks, you’ll realize that your partner doesn’t have any romantic feelings for you anymore. You’ll understand that it’s over for good and that it’s time to move on.

They can become a problem for your next relationship

Maybe you’re okay with hanging out with your ex but it could be a problem for your next partner. They’ll be jealous because they won’t believe that it’s only friendship.

On the other hand, your ex can also become jealous and understand that he’s not completely over you. Maybe he’ll be honest and admit this to you but he may try to separate you from your new partner.

The only thing we know for sure is that this is a delicate situation and you have to give yourself some time to process the break-up first. Then, the decision is up to you.