Here is the ranking where everyone would like to be: that of the most loved signs of the zodiac! Are you in the top five too?

Finally, our ranking today will be one that you will absolutely want to find yourself in.
What are we talking about? Ah, but simply of all those zodiac signs that are among the top positions of the most loved and revered ones!

We have decided to reveal what are the most sought-after signs by everyone when it comes to love relationships: sure you don’t want to know if you are in the ranking.

The most beloved signs of the zodiac: are you in today’s horoscope ranking?

Let‘s face it: there are people we naturally feel attracted to as if they were magnets that enchant us.
Maybe it is simply a stranger who makes you dizzy on the bus or that friend with whom everyone tries.
(But they don’t know that they will never succeed: Max Pezzali already told us along with the 883s in unsuspecting times).

Although being charming and lovable are characteristics that, of course, can neither be taught nor inherited, we are sure that the horoscope could have a hand.
How? But simply by establishing what are the signs that they cannot really help but be loved by others.

Are you hoping to be in the rankings? Well, you are quite positive: we, on the other hand, hope not to find any of our partners … otherwise, to keep them close, we will have to fight with many other people!

Aries is one of those signs that will deny, mock and never admit to being in the ranking of the most loved signs of the zodiac. Too bad, however, that around him the Aries has a real cohort of people who flatter and love him!

Aries is one of those signs that think they have no suitors or friends when, instead, they are literally overwhelmed by people who want to win their favors. They are really curious (and a little ” crafty “).

Cancer has a way of doing that truly conquers everyone: both when it is shy and when it is spontaneous and outgoing, Cancer is a sign with which one can immediately talk about the most intimate issues. Those born under this sign are capable of leaving a great impression on others and for this reason, they are among the most loved of the whole zodiac!

There is no person who attracts others more than Capricorn. Or rather, for sure there are at least two other signs, given that he is only in third place in our ranking, but certainly, the first step of the podium is an excellent result, isn’t it?
Capricorn is a sign that manages to fascinate everyone as soon as he enters a room. Men and women contend for him, and children run to meet him: but what is so special about him?

Generally, those born under the sign of Capricorn are silent and mysterious, disturbing and decidedly fascinating people. They are capable of being very nice and pungent, arrogant but with a touch of amiability. Capricorn is among the
most beloved signs of the zodiac precisely because he withdraws from others: this is often enough to make him the most palatable on the square!

In second place in our ranking, we find all those born under the sign of Aquarius. This is a sign that is often ” contested ” by others, for an almost innumerable list of reasons!
Of course, we can immediately say that Aquarius is a much-loved sign precisely because it is able to create… loving situations!

Aquarius, in fact, is one of those signs capable of creating a “home” wherever it goes. Whether it is being able to talk to them about every problem, having the solutions we need from them, or being able to vent our mood and knowing that they will always be there to welcome us, it doesn’t matter (or almost).
When you meet an Aquarius and enter their innermost ” circle “, it will seem almost impossible to live without them!

This is why Aquarius is one of the most loved signs in the entire zodiac. Nobody can keep up with his personality and his ways of doing and we end up very soon becoming dependent and succubus!

Pisces: first place in the ranking of the most loved signs of the zodiac

Well yes, dear friends of Pisces it is you who is crowned as the most beloved sign of the zodiac. Does it seem strange to you? Perhaps you do not know the effect you have on others: many other signs, in fact, struggle to try to conquer Pisces in their lives and often do not even know why!

Pisces are people who always and in any case tend to create a real aura of mystery around themselves. They are in great demand, everyone wants them but no one ever really gets them. This is because Pisces give themselves very little and only to people who pass their strict exams.

Nonetheless, however, Pisces is also an extremely social person, who always finds themselves in situations where they know other people without problems.
They can’t help but show off and lots of people, ironically, take the bait. Let’s say then that Pisces are also among the most graceful and elegant signs of the whole zodiac and that’s it: you won’t be able to get rid of the thought of Pisces! 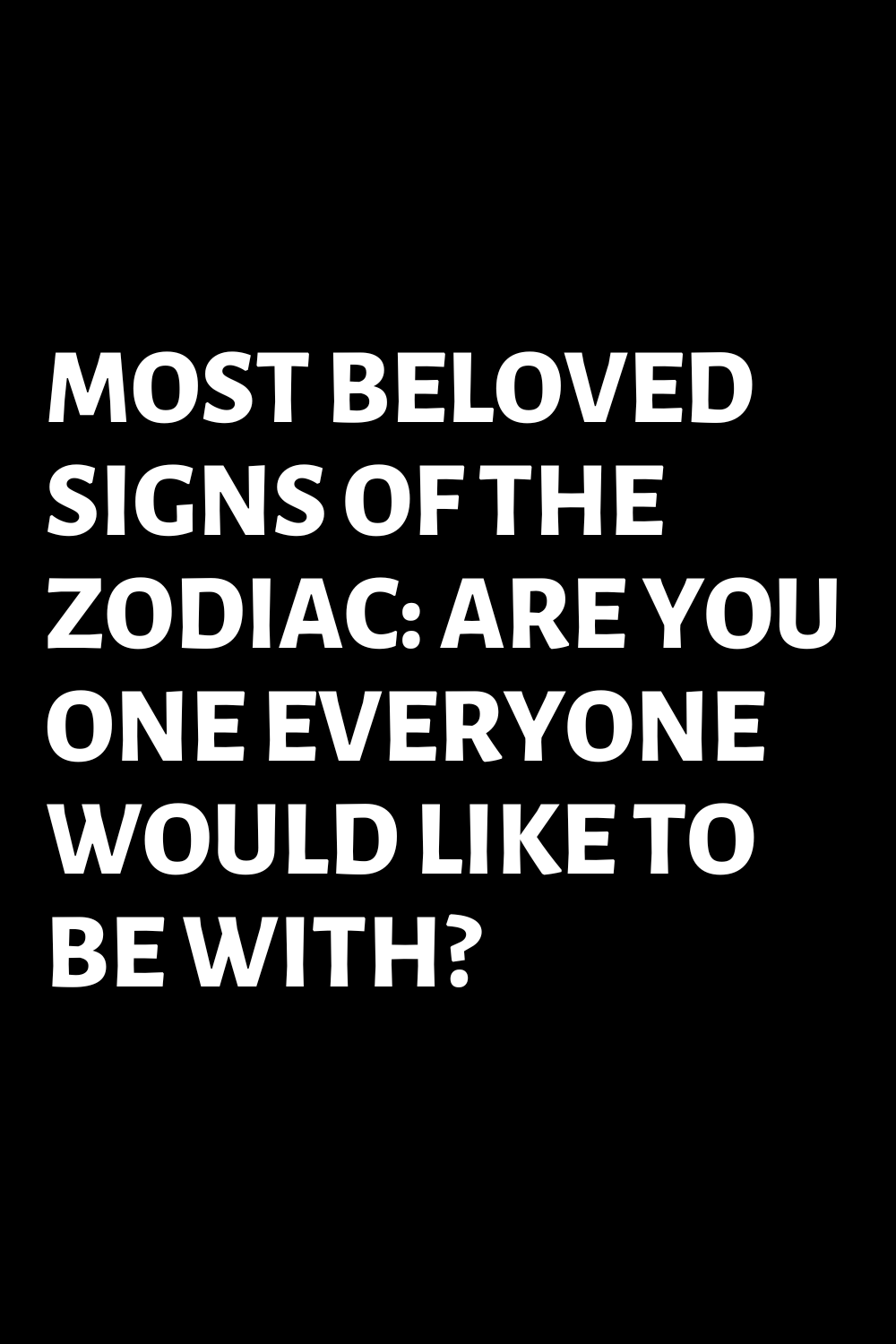 THE ZODIAC SIGNS THAT SHOULDN’T LEAVE THE HOUSE TODAY