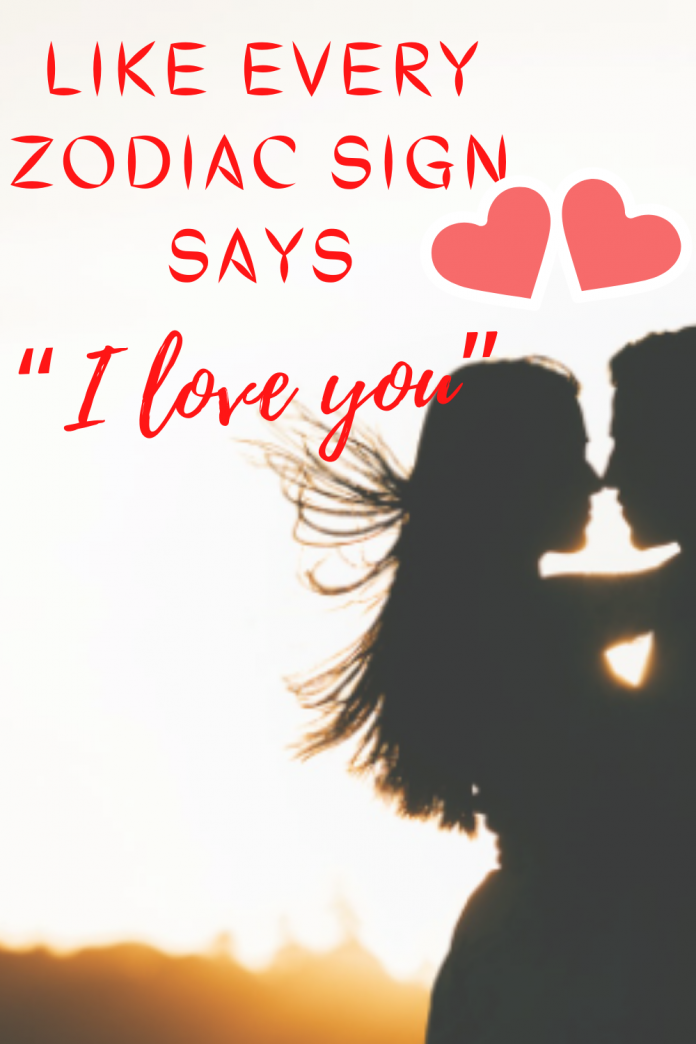 Aries is a zodiac sign that must always be the focus. He’s not patient enough to wait for you to stop ignoring him, so he’s open and direct about his feelings towards you. He doesn’t care at all whether there are many people around you or not and whether you get embarrassed. He’s confident about his performance, but he’s obviously rehearsed it. He’s not ready to give up without a fight, so he’ll likely always prevail as usual.

The bull will pamper you like a goddess. He will no longer focus on himself but make sure that you only get the best. He’s the guy who’ll show you up when you’re sick, who’ll buy you new pajamas, change your sheets, and then order a meal from an Italian restaurant that you can never go to without a reservation. You will know that he has really fallen in love with you when he is ready to have a drink with you at your favorite bar, or when he opens up enough to talk to you about his feelings and problems.

The Gemini will tell you clearly what they need, will include you in their busy schedule and will be honest with you as their moods and feelings are constantly fluctuating. He will open his life to you in the hope that you will be a part of it. He will tell you when to be alone with the expectation that you will be there when he is ready to be around people again. The Gemini will explain to you exactly what is happening to them because they really want you to understand. When he begins to feel comfortable enough that you can anticipate those needs and use intuition to understand his feelings, you will know that it is love.

Cancer loves to entertain, so if they have serious feelings for you they will invite you to meet their friends and family. If you find yourself in a room full of people he loves, you can assume that you belong to that group too. Its sentimental and nostalgic nature will manifest itself through various romantic gestures. For example, he’ll buy you the watch you’ve always wanted, surprise you with a trip to the place where you first met, or sing your favorite song for you at karaoke. You’ll know true love is important when he trusts you enough to show you his childhood photos.

Leo is the warmest and most loving sign of the zodiac so there won’t be any confusion about his feelings. If he is interested in you, then you will feel comfortable around him and he will not be too shy or hesitant to tell you exactly how he feels about you. But the real sign a Leo loves you is when you two weather a storm together. If he chooses not to get mad at you right away after a disagreement, if he learns the art of forgiveness and apologizes sincerely, then you can be sure that he loves you.

Virgo will make a list of reasons she loves you and you will be able to tell how long it has been and in how many different colors of ink she has written it. This list could possibly also consist of colors. The smile, the hair and the eyes in blue. Humor, intelligence, and political belief in purple. S_x in red and so on. Don’t get too upset if you find a list of drawbacks on the back. Because it just means that your partner has realistically rated all of your positive and negative traits. She doesn’t live in a fantasy or an illusion and she has made a conscious choice about what she wants. To be with you.

Since Libra is very honest, you will know that they love you. If she doesn’t feel pressured or overwhelmed to make a decision, then she will be safe in her feelings. Libra will be your biggest fan and make sure you know exactly how much they admire and respect you. She will feel like she met her soulmate and she will show you that by returning all of your affection. If you help her get through an especially tough week, she will make sure to show her gratitude in several ways. You will know that she is serious about you when she makes an effort to give you as much as she received.

Scorpio will never tell you that they love you. Better said, a Scorpio will go out of their way to tell you that it is definitely not love. His excuse will likely be that he can’t just love one woman. But when he starts to be honest and tells you how much he values ​​your personality, then you will be able to see his real face. But how can you know that he is serious and not playing with you? You can find out by saying a sentence with “I’ve never said this to anyone …” begins, or when he tells you what caused one of his last relationships to break down. It is very important when he tells you that a girl has hurt him in the past. Because when a Scorpio admits that he has feelings of all kinds, it means that he trusts you and loves you.

You can tell that he likes you by the look on a Sagittarius face. You will feel this in the way he touches you before he even notices it. If he starts worrying about you, he will stop teasing you and will be dead serious. Should he ever admit that he cares about something, it means he has dropped his walls and allowed you to come into his heart. Since Sagittarius is brutally honest when they’re in love, you will get to hear this very quickly. But when direct words aren’t enough to convince you that you’ve tamed a wild, freedom-loving Sagittarius, you will know that when he returns to you after every adventure to share all of his stories with you, it is love if you are the one he asks

Capricorns are patient, careful, and business-minded so they will gradually accept love. You will know that he will like you when he starts treating your relationship as a long term investment and constantly gives you his time and attention because he knows that continuous effort is necessary for success. The Capricorn is also a traditional type, so they may wait to tell you they love you until they are fully confident that your relationship has a future, but until then, he will be the one who is There is effort in the partnership. He’s the type of man who’ll have lunch sent to you when you forget your wallet at home, bring you breakfast to bed when you’re hungover, or give you a perfect birthday present. His way of expressing feelings towards you is that he is always there for you.

An Aquarius in love will be your greatest supporter. Since he has the biggest heart of the zodiac signs, you will know that he likes you when he directs his humanitarian efforts towards something very close to your heart. This could be a political or social issue, or even just being kind to your friends and family. He’s the guy who’s going to set up a surprise party for you, or just make impromptu plans to make sure you have a great time. Since he enjoys the adventure, be ready to try something new with him again and again, because he will create breathtaking experiences for you that you can share.

The Pisces thinks about a lot of things and you will know that they are in love when they start getting involved in all of these dreams and creative thoughts. When he no longer feels the need to escape reality because he is so present in what the two of you share, he may even choose to express those feelings, but don’t be surprised if he does is not fully understandable through laughter, tears, or a mixture of both. If this gets too taxing for you, have him write down all of his feelings on a piece of paper. Believe me, this list will be a lot longer than a text message.