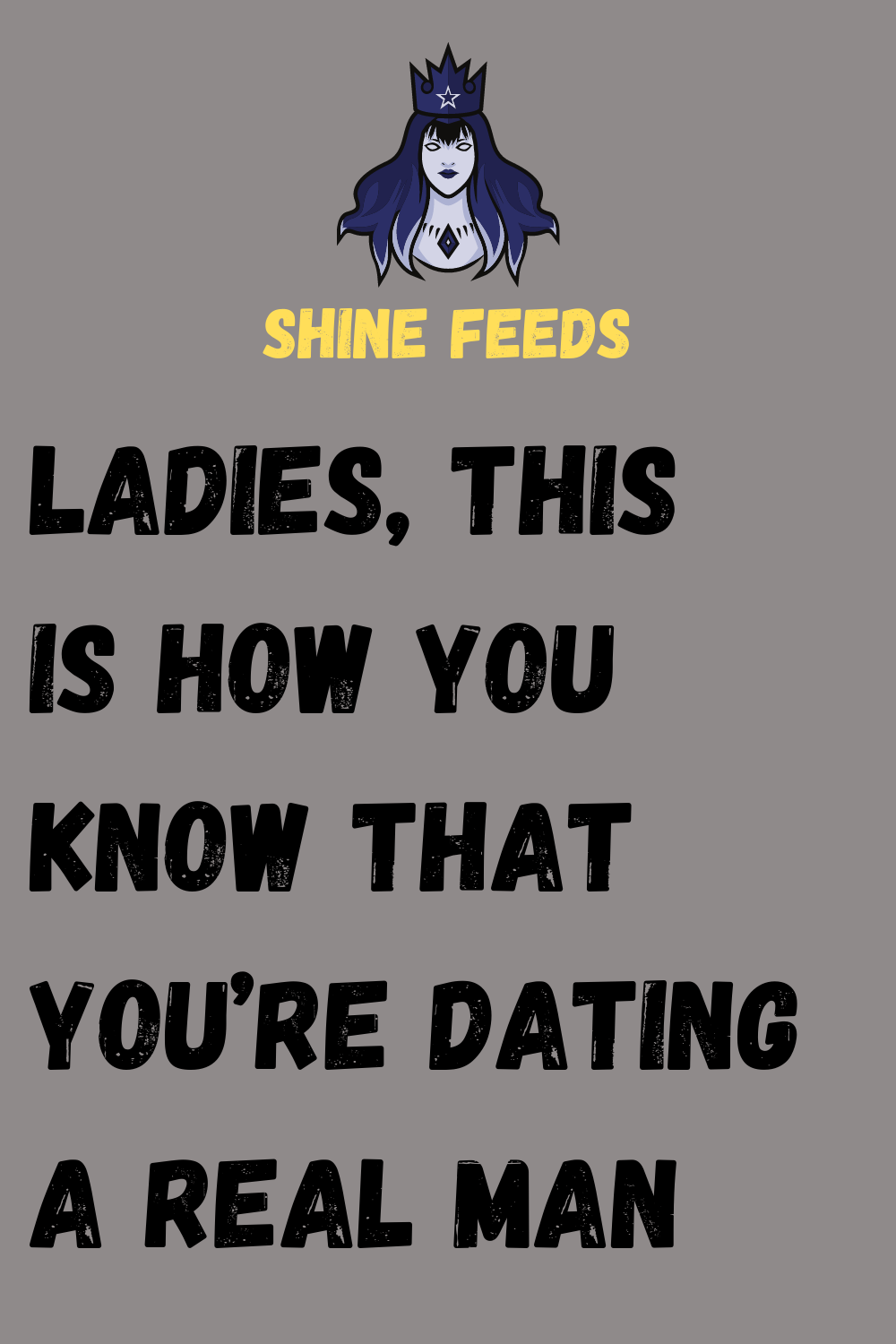 The pandemic of searching for a real man reached its peak a long time ago. There are so many articles, comments, memes, and so many definitions of this mythical creature known as the real man.

There’s one huge misconception as well. Some people (especially male species) think that a real man is a synonym for perfection.

They think that the main reason why women have “invented” the term, real man, is because of their unrealistic expectations of men.

The term, real man, is actually a synonym for the misunderstanding between genders.

Both men and women have their own vision of what they are expected to give and receive when dating or being in a relationship.

Now, the difference between a boy and a real man is that the latter knows what women REALLY want, expect, and need.

Real men know that trust, honesty, respect, and effort are the things that women value more than anything else!

You’ve probably heard that cliche saying multiple times, but you still aren’t sure if it is false or true. Are real men legit unicorns who exist in the real world, but are really rare and hard to find?

I’ll be honest with you. There were times when I thought I finally met a real man only to realize that I was completely wrong.

Also, there were times when I thought that a man was a legit player only to realize that he was actually a unicorn real man.

The thing is, if you’re being too skeptical, then even if you meet one, you will think that there must be something wrong with him because such men don’t exist.

“Real men are like unicorns. You’ve heard of them, a crazy friend of a friend has seen one, but there is no hope of ever actually meeting one.” – Unknown

I have a strong urge to rephrase the last sentence of the above quote into this: Is there hope of ever actually meeting one? My answer is: Yes, there is.

Do you know how I’m so sure? Because I met mine.

While you’re waiting to meet yours, here are some reasons why it’s so hard to find a real man that might give you a better understanding of this whole ‘real man’ situation:

All these mentioned reasons are more like factors that have influenced the extinction of real men.

The main reason why it is so hard to find a real man is because of the modern times we live in. Real-life courting has been replaced with virtual courting.

Slow-paced romances filled with old-fashioned romantic gestures have been replaced with casual dating.

All these trends are making it hard for men to express their affection the right way, court a woman the way she deserves, earn her trust, and make an effort in real life and not only the virtual one.

It takes a real man to know that little things are what mean the most to women.

It takes a real man to know that just because he has won a woman’s heart doesn’t mean he should stop winning her.

It takes a real man to know one woman is enough.

It takes a real man to ignore what’s trending and stay true to his gentleman manners even if they are considered old-fashioned.

That’s the main difference between real men and those who don’t belong in this category. Basically, a real man doesn’t give a damn about what society or other people will think of him.

A real man only gives a damn about making his woman happy.

Commitments Of A Real Man

When it comes to romances, I’ve learned this lesson the hard way: NEVER jump to conclusions. It’s true that you cannot judge a book by its cover.

It is impossible to know if he’s a real man right on the first date. Nevertheless, it is possible to make a mistake and misinterpret his actions.

So, how do you know that you’re dating (or you’re in a relationship with) a real man?

You know it by paying attention to his actions. Here’s another cliche saying that I’m really fond of: Actions speak louder than words.

A man could spend an eternity convincing you with his words that he’s the right person for you, but this doesn’t mean anything if he’s not ready to show it to you.

Anyone can say whatever they want about themselves, but few are actually ready to PROVE it as well.

Here are some things a real man does when he’s in a relationship:

• He always keeps his promises.

One of the biggest differences between boys and real men is that boys make excuses, but real men keep their promises.

If they aren’t sure that they will be able to deliver it, then they won’t promise it to you. If they fail to deliver a promise, they make sure to apologize for it and never repeat the same mistake again.

• He knows that actions speak louder than words.

A regular man says ‘I love you’ and does nothing to prove it to his woman, but a real man says those three words and supports them with actions.

He makes sure that the amount of effort he invests in you and your relationship is visible, and that you never have to question his intentions or ask yourself if he’s the right one for you.

• He knows his priorities.

No matter what is happening in his life at the moment, a real man always knows his priorities. He never takes you for granted or appears only when it’s convenient for him.

He never lets you wait just because he knows you will. He appreciates your time and the things you do for him and your relationship.

Even if the whole world is against you, a real man will let you know that he has your back. A real man will protect you from enemies, toxic people, and other negative things in your life.

He will never let you fight your battles on your own because he’s a team player and because it’s his duty to protect his woman.

Real men aren’t only focused on what’s happening at the moment, but they make future plans and they involve you in them as well.

They don’t wait on their women to do everything, but they make sure to roll up their sleeves and make their women proud of their present and future accomplishments.

You don’t have to remind a real man to appreciate you because it’s in his nature to treat a woman the way she deserves to be treated.

A real man appreciates his woman, his friends, his family, and all the other people as well. He’s never rude to those of lower social status and he treats everyone with the same amount of respect and appreciation.

• He earns your trust and wins your heart.

They aren’t interested in mediocre romances, but they are interested in investing in real relationships that take time, effort, and patience.

Being solely focused on winning a woman’s heart and never stopping pursuing her even when they have won her is one of the things only real men do.

Real men support their women, they don’t depreciate them.

Real men make an effort instead of excuses.

Real men protect their women, they don’t abuse them.

Real men are honest and genuine, they don’t play games.

When you meet one, your world will no longer be black and white, but in thousands of colorful shades. You will finally realize that waiting for your unicorn man was worth the wait.