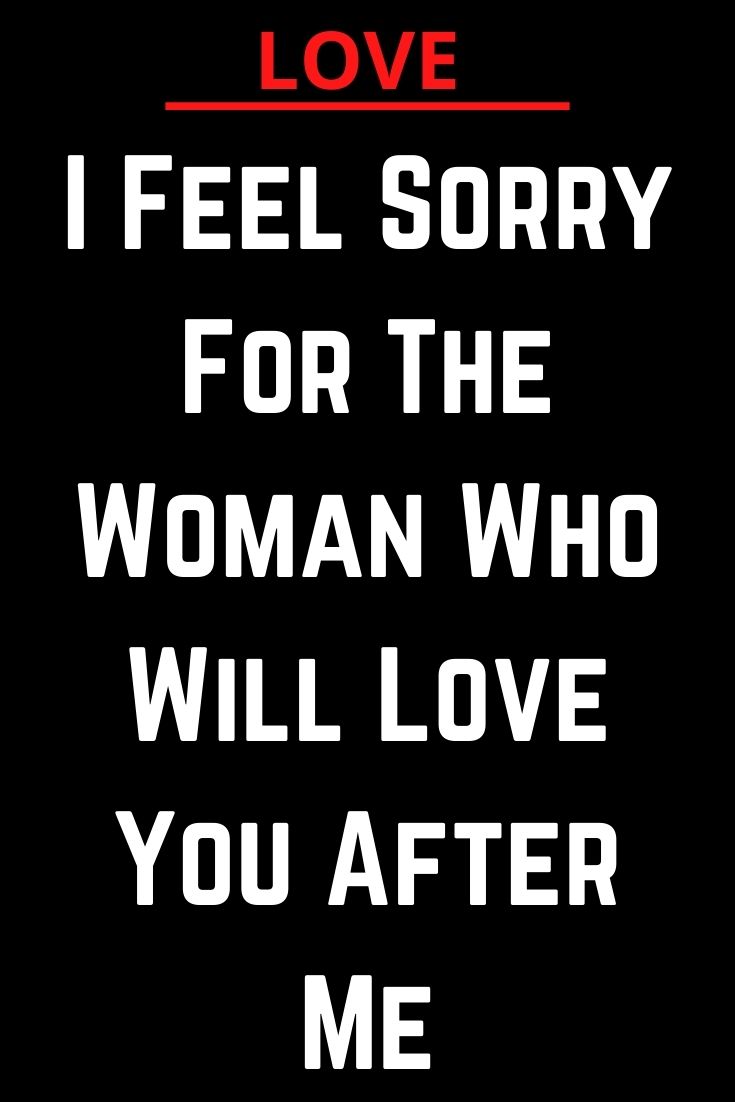 You knew I was always a little bit jealous. That is not something I am proud of but that is simply who I’ve always been.

When we were together, my biggest fear wasn’t that you’d leave me, it was that you’d find someone else. I could never imagine you being with anyone else but me.

And I thought I would never survive seeing you with another woman.

When we broke things off for the last time, I told you I hoped you would never find a woman who’d love you.

And I admit it, I was angry, hurt and disappointed when I told you those words.

And I hoped, out of fear and jealousy, that there would never come a woman who would love you the way I loved you.

But now I am very much aware that a day will come when you’ll find someone. Someone who will love you the way I loved you, even when you are unlovable .

Someone who will love you at your best and at your worst, no matter what.

And although this may come as a shock to you, I won’t be jealous of that woman. I won’t hate her and I am not afraid of the idea that she’ll exist one day.

I feel sorry for this woman, whoever she will be, because I know you better than anybody. I know you’ll never change.

And I have no doubt that you’ll make her life a living hell.

In the beginning, she’ll be enchanted by you. She’ll think that all of her dreams are finally coming true.

You’ll know exactly what to tell her and how to behave to win her over. You’ll say everything she wants to hear, just so you can have her.

You’ll present yourself as a loyal, reliable and trustworthy guy.

And before she realizes, she’ll fall for you. She won’t know that she loves a broken man .

She won’t know what hit her but she won’t be able to control herself around you. She’ll think of you as the perfect guy who has everything she’s been looking for all along.

But actually, you’ll only be showing her your true self.

It won’t happen overnight but from the moment you see how much she loves you, everything will be different.

All of a sudden, there won’t be a good morning text waiting for her. You’ll stop calling her to see how her day was.

All of a sudden, you’ll be too busy to see her and all of her problems will become irrelevant.

In the beginning, she will be your priority. You’ll leave everything and everyone waiting just so you could go to her whenever she needs you.

But the second she gets used to it, you’ll see it and you’ll change.

Suddenly, she’ll be at the bottom of your priority list and everybody and everything will become more important than her.

Suddenly, she’ll feel like she has to beg for your attention and love.

When she realizes this, it will be too late.

She’ll already love you and she’ll try everything in her power for you to go back to your old ways.

She’ll wonder if there was anything she did for you to become like this.

She’ll lose her confidence and she’ll start thinking that she is not enough for you.

But little will she know that this is actually your true face.

Little will she know that you were pretending to be someone you were not all along, until you saw you had her.

That is when you stopped putting in any effort.

Little will she know that you’ll never love her in the way every woman deserves to be loved.

When she first meets you, she’ll never imagine what a monster you actually are.

She won’t know that you’ll never respect her and that you won’t appreciate all the sacrifices she’ll be making.

She won’t know that you’ll make her life a living hell and that she’ll wish she had never met you.

I know, because I used to be her. And that is why I am not jealous of her—I feel sorry for her.