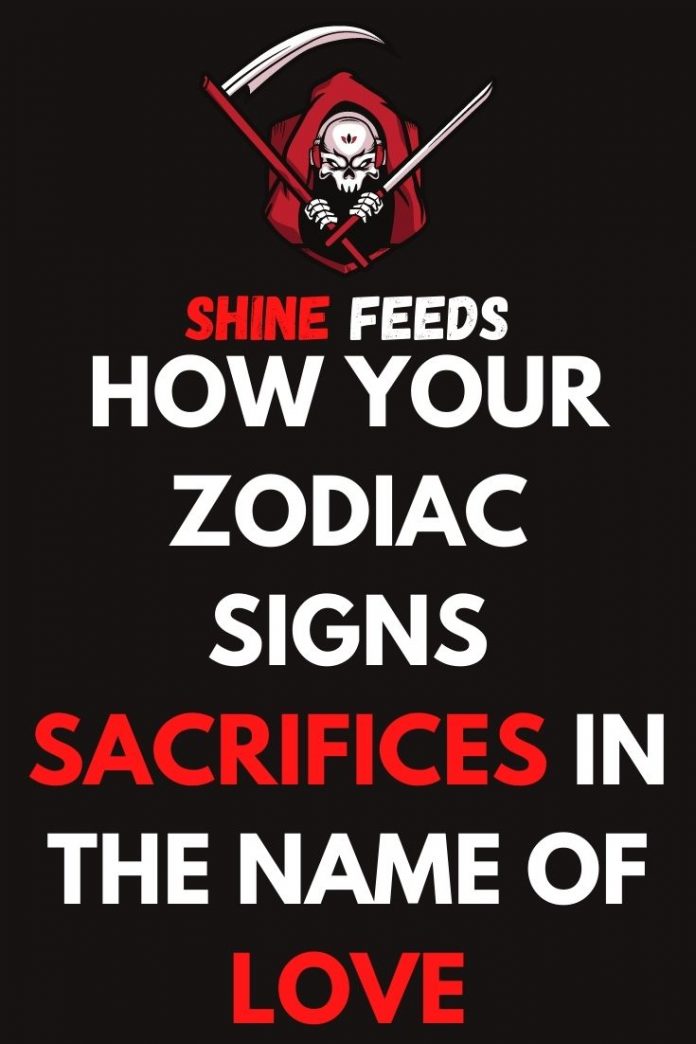 If you’ve ever been able to successfully keep a relationship going, you know very well that the key to making things work is all about compromise and, yes, compromise can mean, at times, sacrifice. And in astrology, how the zodiac signs make sacrifices in relationships all depends on their personality types.

If Aries really loves and respects you, they will sacrifice their precious time for you, giving you all the attention you might ever need. They know you deserve more than fleeting attention, and they are completely present and willing to give you what you want.

The irony of Taurus is that their idea of sacrifice is to let you get away with bad behavior. They don’t like what you do, and they don’t respect your choice, but instead of beating you up over it, they let you slide. That’s the Taurus “sacrifice.”

Well, we know it won’t have anything to do with money, that’s for sure. But Gemini is happy to listen to you for hours. They want to help, as long as it doesn’t cost them a dime.

Nothing is a sacrifice for Cancer… if they love you. They will lose it all — money, things, sanity — for you. Appreciate your Cancer partner, as there is no one better.

Leo is fully prepared to give you everything you want, and if it means sacrificing something that was meaningful to them, if they weigh it and find you to be more important, they have no problem letting go of that which isn’t you.

One of the things that seems to define Virgo is their pride, and this is also what they will sacrifice in order to keep you by their side. They may not love everything you believe in, but if you are true to yourself, Virgo will respect that and sacrifice their own ways to join you.

Libra may give up something reluctantly, but the truth is, they won’t really sacrifice anything for another person, unless it somehow fits their agenda. They do not “sacrifice” — they give up certain bits of themselves… for a hefty fee.

Not always willing to do the sacrificing, they are always willing to have you sacrifice for them. Still, if they must, they will sacrifice their choice of movie or menu item if you express interest in doing or eating something other than what they want. That’s about it, though. Food and TV — the big give-ups.

They will easily give up their sanity for another person, and do so on a regular basis. Sagittarius doesn’t know how to be in a relationship, so when one sticks, they go crazy wondering when it will finally end.
Relationships don’t work well with this sign, as they see all things that involve dealing with other people as unwanted sacrifice.

Capricorn is impatient, and when dealing with romance and relationships, they have very little to give in terms of sacrifice. They expect much. They demand it, and they don’t believe they need to sacrifice in order to coax the best out of their partner.

As idealists, it’s hard for Aquarius to sacrifice in a serious way; they don’t believe they need to give anything up, that their lover should accept them, warts and all. This is why they end up divorced more than partnered. Aquarius doesn’t sacrifice, they expect instead.

Pisces only sacrifices when they think they can get something in return for whatever they’ve given up. It’s not a sacrifice, it’s a trade.
They want something from you, so, in turn, they “allow” you to get away with some action that you might not have gotten away with before. But have no fear — you’ll pay for that moment, big time.