They stick with you even when things start to become a little stable and repetitive. The Aries is a very spontaneous and exciting individual. They usually hate routine and they’re constantly looking for new stimuli. However, when they really fall in love with you, you would know it. It’s because they would stay with you even when things get boring.

You definitely know that a Gemini likes you if they’re still at your side even when things start to get rough in your relationship. Usually, the Gemini is constantly looking for thrills and fun rides. They don’t usually like to stick around for the serious and difficult bits. But if they’re still there, then that means that they’re really into you in very deep and profound ways.

The Leo is typically a very proud, confident, and self-centered individual. However, they can really start to care a lot about other people by showing concern for their own goals and desires. That’s why whenever a Leo starts to value your personal dreams and ambitions alongside their own, then that’s when you know that they’ve really grown a liking for you.

The Virgo is someone who tends to always play the role of a perfectionist. They are always going to hold themselves and the people around them to some incredibly high standards. They are very protective of their image and their principles. But once they really start to open up to you about their flaws and blemishes, then you know that they’re for real with their feelings.

Libras are typically the peacekeepers of any group that they are in. They are constantly looking to make the people around them happy. They never want to rouse any conflict or fuel any fires. However, you know that they really like you when they feel more comfortable with disagreeing and arguing with you.

A Scorpio is a typically closed off and guarded individual. They don’t really like to open up about how they feel or who they are to just anyone. However, once they develop a certain liking for someone, they are going to be a lot more open and transparent about their feelings and their musings. They wouldn’t be afraid of letting themselves become more vulnerable towards that special person.

A Sagittarius wouldn’t really beat around the bush if they like you. You wouldn’t have to be kept guessing whenever you’re with them. If they’re really into you, then you would know it. How? They would just tell you outright. They would be very honest and open to you about the fact that they like you. They wouldn’t be shy about making their feelings known to you.

They will start to relax whenever they are with you. A Capricorn is usually always working. They are very high-strung individuals who put a lot of pressure on themselves. However, they allow themselves to relax a lot more whenever they are around the people they like. They let themselves ease up a little bit.

An Aquarius would stop pushing you away and keeping their distance whenever they start to develop a liking for you. Usually, they aren’t very fond of coming to terms with their feelings and emotions. And they always like to maintain an emotional distance between themselves and other people. But if they like you, they’re going to make an effort to bridge that gap.

Pisces will start to spend most of their time with the people that they like. When they develop a liking towards you, then it would be noticeable because they want to spend as much time with you as possible. They will want to bond with you and really connect with you.

YOU CAN’T LEAVE ANYTHING OUT OF PLACE – THESE SIGNS LOVE ORDER!

Signs That Desperate When There Are Many People Around Them 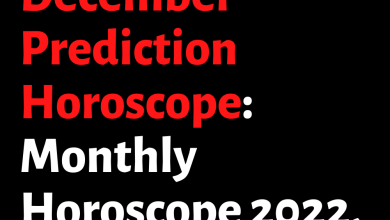 These Are The 3 Most Empathetic Women Of All Zodiac Signs