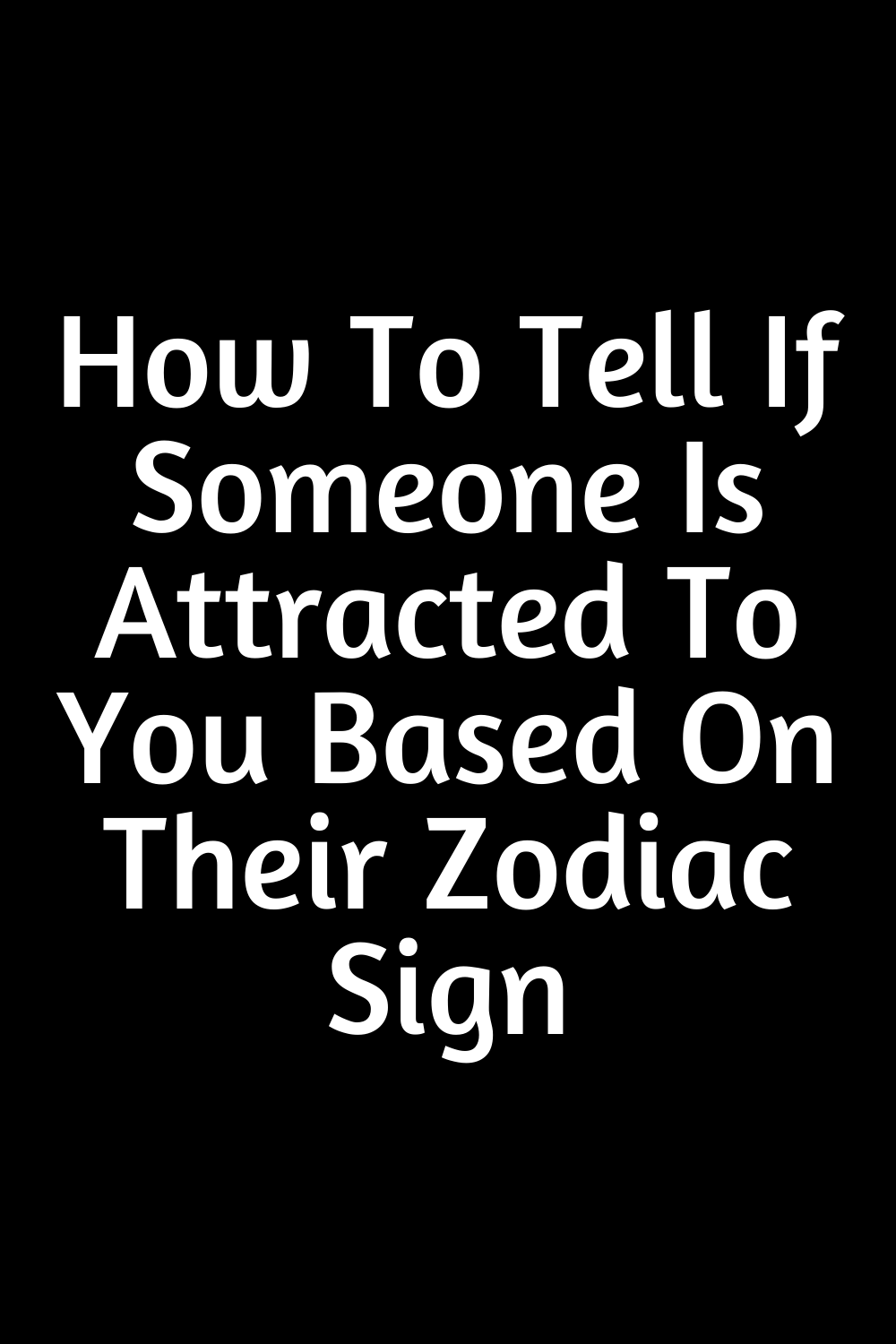 Everyone deals with crushes in their own little way. While some will do their best to keep it in, others can’t help but be kind of obvious about it. When it comes to how to tell if someone likes you, astrologers say there are certain things every zodiac sign will do when they secretly have a crush. So if you’re curious if someone you like is interested, astrology can help you out.

“We all have our own way of going ga-ga when we start to fall for someone,” astrologer Cindy Mckean, tells Bustle. “Sometimes it’s adorable and other times it might be quirky. Either way, it’s never anything to be ashamed of.”

According to Mckean, some signs are pretty bad at keeping their interest a secret. “Even when they don’t say a thing, actions speak louder than words,” she says. “Fire signs, like Aries or Sagittarius, wouldn’t have any qualms about keeping it a secret at all. Cancers, Virgos, and Scorpios would keep it close to the cuff but let out telltale signs that they’re very much into you.”

It’s funny because sometimes, you may not have even noticed some of these characteristics in someone else, while it may be their telltale signs that they’re falling for you. Here’s what you should look out for to see if someone likes you back, based on their zodiac sign.

The Taurean bull is a fixed earth sign ruled by Venus. According to Mckean, being a fixed sign means that they tend to stay in place. “If it wasn’t for Venus, the planet that represents love, romance, beauty, among other things, the Taurus love record would be quite scant,” she says. “Luckily, Taureans have finely tuned senses and feel deeply, so if they found someone they’re interested in, there are telltale signs.” When a Taurus sees someone really worth pursuing (because they will wait for someone they deem worthy), they’ll make their move. “They’ll approach you and tell a joke to break the ice,” she says. They’re masters at subtle flirtation. “Taureans like their space, but if they give you little taps on your arm or shoulder, they’re fully on their way.”

Cancers love to nurture. According to Kilic, you’ll know they like you because they’ll try to feed you and shower you with affection and gifts. They just want to make sure you’re comfortable.

Even though Cancers are cardinal energy, which means that they initiate actions, they’re also a water sign. That tends to make them sensitive and shy, Mckean says. When a Cancer likes someone, they’ll be very shy about making an approach. “When they’re crushing on you, they’ll keep you in their space, and if you make eye contact, they will blush and look away,” she says. “They rarely ever will come out and tell you they like you. They will hem and haw; however, the minute they think you’re getting away or that someone else caught your attention, they make the fastest beeline towards you that can even outpace an Aries.”

They’ll Do Small Favors For You

Virgos might have a nervous disposition. According to Mckean, their “crushing state” is rather subdued because they’re often busy with studying you. “Their crush might not notice because they don’t like to be obtrusive,” she says. “But while they’re crushing, they’ll observe you, note your patterns, your habits, and your likes and dislikes. This all takes time.” You’ll know when a Virgo likes you when they start doing you small favors without you even asking. “They’ll make sure the environment is the way you like it and they’ll start to wear more of your favorite colors,” she says. “They rarely initiate the action of asking you out on a first date, but they would invite you out with a group of people to have a chance to get closer to you in casual setting.”

Scorpios tend to secretive and love keeping their cards close to their chest. But when a Scorpio finds someone they can’t resist, you’ll feel it, Mckean says. Usually it starts with the classic Scorpio stare. “You’ll be doing whatever task, chore, or activity, and inexplicably turn around because you felt the weight of their stare on you,” she says. “It’s not creepy, it’s intriguing. With that intrigue, you know a Scorpio is crushing on you.” They’ll initiate the connection, but they also set things in place so their crush can make the first move. As Mckean says, they typically do this as a sort of “validation test” to see if the crush is mutual. “It may sound like too much of a game for some signs, but the Scorpio knows how to successively raise the intrigue to keep you hooked,” she says. “They are very loyal and are known to be intense and passionate.”

Capricorns are known for being pretty reserved and disciplined. For them, it’s all work before play. By the time they “allow” themselves to find a partner, Mckean says they’re likely happy with where they are in their career. That’s really good if you’re looking for a stable long-term partner as they’ll be ready to invest their time into building a relationship with you.

Capricorns, like other Earth signs, will make the approach slowly but surely. “When a Capricorn is crushing on you, they approach you like something they learned out of a good-manners textbook,” she says. “It might feel unreal, but the awkwardness will verify how genuine the Capricorn is being.” Caps really aren’t known for being awkward since they always like to give off the illusion that they’re super composed and put together. “Their manners are impeccable when they’re crushing on you and they’ll make you feel on top of the world,” she says.

“The fish is good at keeping secrets, but they also wear their heart on their sleeve,” Mckean says. “Natural romantics, you might not be able to tell if a Pisces is daydreaming or falling in love.” According to her, the telltale signs of a Pisces seriously crushing is that they become incredibly consistent with you. “Symbolized by two fish, this is a sign that enjoys its freedom and their alone time,” she says. “But after they started falling for you, you’ll find that they hang around you more.” It’s all about making the small sacrifices with them because they’ll make the effort to be around you. “You’ll undoubtedly feel comforted if you’re involved with a Pisces,” she says.

As you can see, everyone deals with crushes in their own little way. If you want to keep yours secret, you’ll know what to look out for. On the flip side, if you’re interested in seeing if someone likes you back, be sure to check out their zodiac sign to see what they do.