Have your relationships been feeling extra challenging right now? You can thank Venus conjunct Saturn and Venus square Uranus coming up for that!

Venus is the planet of love and relationships, so anything involving Venus can impact that part of our lives.

Maybe not the greatest with Valentine’s Day approaching, eh?

Not to mention the current Mercury retrograde! Let’s break these aspects down so you can better understand the love astrology for yourself.

Saturn is the planet of restriction and limitation. Saturn teaches us lessons and reveals the problems we have to solve, or else we’ll continue to suffer.

A conjunction means the planets are in the same position in the zodiac, and they amplify energy. This means Venus amplifies Saturn’s energy.

Uranus is the planet of change, the sudden, and the unexpected. Uranus wants flexibility and challenges us to explore the new to grow and understand ourselves better.

For 2021, Saturn square Uranus occurs throughout the year, which is the dominant aspect for 2021. This forces us to make changes and move toward the future with Uranus, but we have to be mindful, cautious, and thoughtful about it with Saturn.

Right now, transit Venus is lighting up the Saturn-Uranus square. This focuses on our relationships and connections, and issues in relationships can come front and center.

This isn’t meant to hurt us, but rather to make us see the issues we’ve avoided and make appropriate improvements. We tend to want to run away from that!

Since we have Venus conjunct Saturn, that means we’re feeling the restrictive energy of Saturn strong in our relationships. The weight of the responsibilities we have with others can seem extra heavy, and the existing issues feel like they’re holding us back.

The Venus square Uranus aspect leads to unexpected challenges, and we may be hasty, impulsive, irrational, and impatient in response. We want to make a change fast, but if we’re not thinking it through and being certain first (what Venus conjunct Saturn wants), then we can create even bigger problems in our relationships.

This can be a good time for relationship changes and breakthroughs thanks to Venus square Uranus, but we have to be smart about it with Venus conjunct Saturn.

Venus conjunct Saturn and square Uranus is an aspect that we all feel all at once. Still, you can experience challenging aspects to Venus in your birth chart by the transit planets and have major relationship problems that are all your own.

These are usually much stronger for you personally and have a bigger impact on your life.

Don’t know your Venus positions? Use the free birth chart generator to find it!

The hard aspects are conjunctions (except by Venus and Jupiter), squares (which puts them 3 signs apart), and oppositions (which make the planets opposite one another).

Hard aspects by the Sun, Moon, Mercury, and Venus only last for a few hours to a few days, so these aspects tend to be more of an annoyance rather than something that could break your relationship (except when Mercury or Venus is retrograde). Those days may show misunderstandings or fights, miscommunication, or just getting under each other’s skin.

Hard aspects by Mars to natal Venus actually bring out passionate energy, so they can be great for romantic/physical relationships and funneled into that. But if you don’t have that, you can lash out with everyone else in your life and be highly irritable for a few days to a week.

Hard aspects by Jupiter to natal Venus aren’t so bad either. Jupiter expands, so if things aren’t going great, that can become worse, but you still have the opportunity with Jupiter to improve the situation, even under hard aspects.

Hard aspects by Saturn, Uranus, Neptune, and Pluto to your natal Venus are usually the ones to watch out for. They can create conditions where your relationships come apart under the hard aspects.

With Saturn, existing issues can become unbearable, and you have to do the right thing by yourself, by them, and by the relationship. Otherwise, it breaks apart. With Saturn in Aquarius, you may experience this if your natal Venus is in Taurus, Leo, Scorpio, or Aquarius at some point in the next 2 1/2 years.

With Uranus, this brings challenges out of the blue, and it can feel like it’s out of your control, or you may feel like you have to break free immediately and rush.

With Neptune, the foggy planet can make it difficult for you to see when things are going wrong, and these aspects can make the relationship fade away.

It’s not always traumatic, though, depending on other aspects involved with Neptune in Pisces, you may experience this if your natal Venus is in Gemini, Virgo, Sagittarius, or Pisces, and at 20-something degrees, over the next few years (earlier than that and you’ve already experienced it).

With Pluto, the planet of power and control, there can be massive struggles for power and control in the relationship, and a transformation of the relationship, the way you connect, or how you treat each other may be necessary if it’s not healthy for both of you. With Pluto in Capricorn, you may experience this if your natal Venus is late in Aries, Cancer, Libra, or Capricorn at some point over the next 2 1/2 years (Pluto leaves Capricorn in 2023).

These aspects can also be applied to your 7th house cusp or 7th house ruler (the house ruling relationships).

Also, note that while when we say “relationship,” the thought is automatically romantic ones, but these aspects can impact ANY of your relationships, whether romantic, platonic, friendships, work relationships, family relationships, casual acquaintances.

They all can be a target.

How Will You Navigate Your Relationships?

Venus conjunct Saturn and square Uranus likely makes us more aware of relationship issues that we didn’t see (or didn’t want to) until now.

If you’re also experiencing hard aspects to your natal Venus, 7th house cusp, or 7th house ruler, this becomes more than just a blip on the radar screen and something significant for you to deal with to keep your relationships going.

Improvement is something we can always strive for in life, and having healthy, fulfilling relationships is one goal we should all have. Sometimes astrology and the planets give us the big push we need to do that!

The Imperfection That Makes Your Significant Other Obsessed With You in May 2022, Based on Your Zodiac Sign

STAY AWAY FROM THESE SIGNS: THEY ARE REAL CONTROL FREAKS 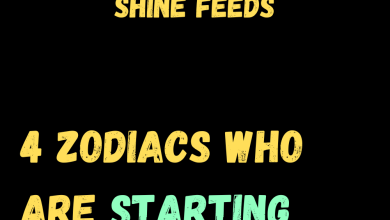 4 Zodiacs Who Are Starting Out 2023 Stressed