Spend time with other guys. While you ideally shouldn’t have to give up friends for a relationship, Aries doesn’t always play the game this way. If they see you spending too much time with other dudes, they’re going to get jealous fast. And we all know you don’t want to deal with a jealous Aries — with their notoriously quick tempers and anger issues, it probably won’t just be a little fight.

Tell them what to do. Taureans are independent and stubborn as hell. If he loves you, he’ll want to share his life with you, but that doesn’t mean he’s going to let you boss him around. The second you try to push him one way, he’s going to rebel; and if you do it one too many times, he’s going to walk away.

Criticize them. Face it — Geminis can be a little quirky. It’s one of the best (and sometimes worst) things about them. They’re not always easy to pin down, and that’s how they prefer it. But the more you pick at them or try to make them change, the more they’ll distance themselves away from you. No matter what they think, they like who they are, and if they’re going to choose between who they are and who you want them to be, they’re always going to pick themselves first.

Be pessimistic, all the time. Cancers aren’t always known for being the most upbeat people, which is why they need people like that in their lives — they tend to soak in other people’s feelings, so if you’re happy, they’re happy. But if you’re constantly a Debbie Downer, they’re going to feel themselves falling into the negativity, too. But Cancers know the importance of self care, and once they realize how toxic your pessimism is (which shouldn’t take long), they’ll be the first to leave.

Constantly give attention to other people. Leos love the spotlight, and while they don’t always have to be the center of attention, they need to be yours about 90 percent of the time you’re together. If you seem more attentive to others in the room or if you talk to him nonstop about someone else, he’s going to get jealous, and a jealous Leo will do dramatic things. Don’t be surprised if he blows up and leaves you behind.

Act irrationally, all the time. Virgos are very logical creatures, and while they don’t require their partners to be quite as rational and analytical as they are, they also don’t want to deal with someone batshit crazy. If they can’t understand why you’re doing something, they’re going to grow frustrated as hell. And if you can’t explain your behavior in a way that makes sense to him, he’s probably going to move on and find something that actually does.

Treat them like they’re always wrong. You know that saying “In a relationship, one person is always right and the other is the male”? Yeah, that’s not going to cut it for a Libra man. They’re always searching for the truth and justice, and while they’re willing to admit they’re wrong when they are, they’re not going to pretend you’re right for the sake of letting you “win” an argument. The fastest way to get rid of one is to insist, loudly and proudly, that you’re never wrong.

Play mind games. While you might find it fun playing dating games — leaving them on “read”, being secretive, sending cryptic snapchats — Scorpios won’t have it. They don’t like people who seem deceptive and indecisive, which they’ll probably attribute your behavior to. Want to see a Scorpio disappear? Just send them a selfie of you looking fire with a hot dude at a bar and trust me, he’ll be gone in an instant.

Force him to settle down. Look, everyone knows that Sagittarius thrives off of freedom and adventure. And if he loves you, he’s going to want to take you along so you can experience all the amazing things he does. But if you try to guilt him for living that lifestyle, or if you try to make him become more “stable”, it won’t be hard for him to move on from you. If he has to choose between living life or giving it up to be with you, he’ll always choose the first.

Act classless. Capricorns have the need to be seen as put together and sophisticated, and if you take away from that image, it’s not going to take long for him to dump you on your ass. While you two may act silly and crazy behind closed doors, as soon as you’re in public, you’d better clean up your act and put on a show for everyone around you or risk losing him for good.

Belittle his ideas. Aquarians can be the hardest of the zodiac to understand, but they’re also the most ingenious. So while you may want to roll your eyes at his theories and interests, the moment you do will be the beginning of the end — once he realizes you find him as crazy and out there as everyone else does, he’ll be sure to cut you out and find someone who actually understands him.

Be controlling. Pisces men can be the ultimate romantics — when they’re in love with you, they’ll bend over backward. But their feelings can be fickle, and if they start to feel like they don’t have the freedom they yearn for, they’ll disappear before you even recognize there’s a problem. They aren’t called the “slippery fish” for nothing — the second they feel trapped by you, they’ll slip right out from between your fingers. 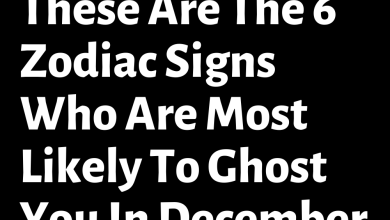 HOW TO BE FORGIVEN BY THE ZODIAC SIGNS

YOUR RELATIONSHIP HOROSCOPE FOR MAY 28