Have you ever wondered which zodiac sign is the calmest in a heated argument? But which is the zodiac sign that you should avoid? Here’s how astrology influences you, including the way you approach a more delicate situation!

The zodiac sign under which you were born can influence many aspects of your life, including the way you handle a dispute. And when the dispute is a heated one, you will see how each sign fights. But which is the zodiac that can cause you the biggest problems?

If you got into a conflict with an Aries native, run away! For Aries, there is never a middle ground. He must have the last word and he will not rest until he proves to you that he is right.

The Taurus native generally avoids arguments. If you get on his nerves, be careful! He will become very stubborn and will have no mercy, no matter how important you are to him.

The Gemini native will choose to ignore you. He simply has more important things to do than argue with you. If you don’t leave him alone, he will have rational, well-thought-out arguments. So be prepared, you don’t know what awaits you!

Cancer avoids confrontations as much as possible. If you end up arguing with the Cancer native, he will simply throw some sharp lines at you. Then he broke up with you. He will ignore you as long as he can and wait for you to take the first step toward reconciliation. Also, be careful, because Cancer will resort to emotional blackmail whenever the situation allows. Be careful not to fall into their trap!

Leo stands out even when we talk about how each sign fights. The Leo native believes that no one compares to him. It is by definition superior. He doesn’t see the point of arguing because he is the best and holds the absolute truth. If you end up arguing, he won’t let you say a word. He will do everything possible to make you feel inferior and even humiliated.

Virgo is the most skilled sign in “blooming” situations. He will make a stallion out of a mosquito and will take care of you for any small thing. It has, by nature, a problem with the disorder, so you have to be very careful not to disturb anything around the house. Otherwise, a long conversation might arise about such a small fact. Better avoid the confrontation!

As a rule, Libra can’t bear to argue. He will approach the subjects with tact and diplomacy. But even Libra has a limit! If you cross that limit, the situation might degenerate. But that’s only in your privacy because in public Libra wants to have a perfect image. He won’t ruin his reputation to argue with you.

Scorpio is a master of drama. You can always expect a fight with the Scorpio native because he gets fired up very easily. He will not shy away from causing a scene, so try to temper the situation as much as possible.

Most of the time, when the Sagittarius quarrels, he ends up saying words that he later regrets. However, Sagittarius tends to let it go. He can put an end to an argument from the beginning, to avoid confrontation.

Capricorn rarely fights, for good reason. He wants to be in control in any situation and most of the time he will turn his back and leave. He tries to avoid conflict as much as possible, he is simply too busy to sit for discussions.

Aquarius is very disturbed by unfair situations. If he considers that he is not treated properly, he will tell you immediately. But being altruistic by nature, he will, most of the time, take the first step toward reconciliation.

If you argue with a Pisces native, be careful, because he is sensitive and can get upset about anything. Even quarrels over nothing will affect him quite strongly. Therefore, he prefers calmness and will try to smooth out any conflict. 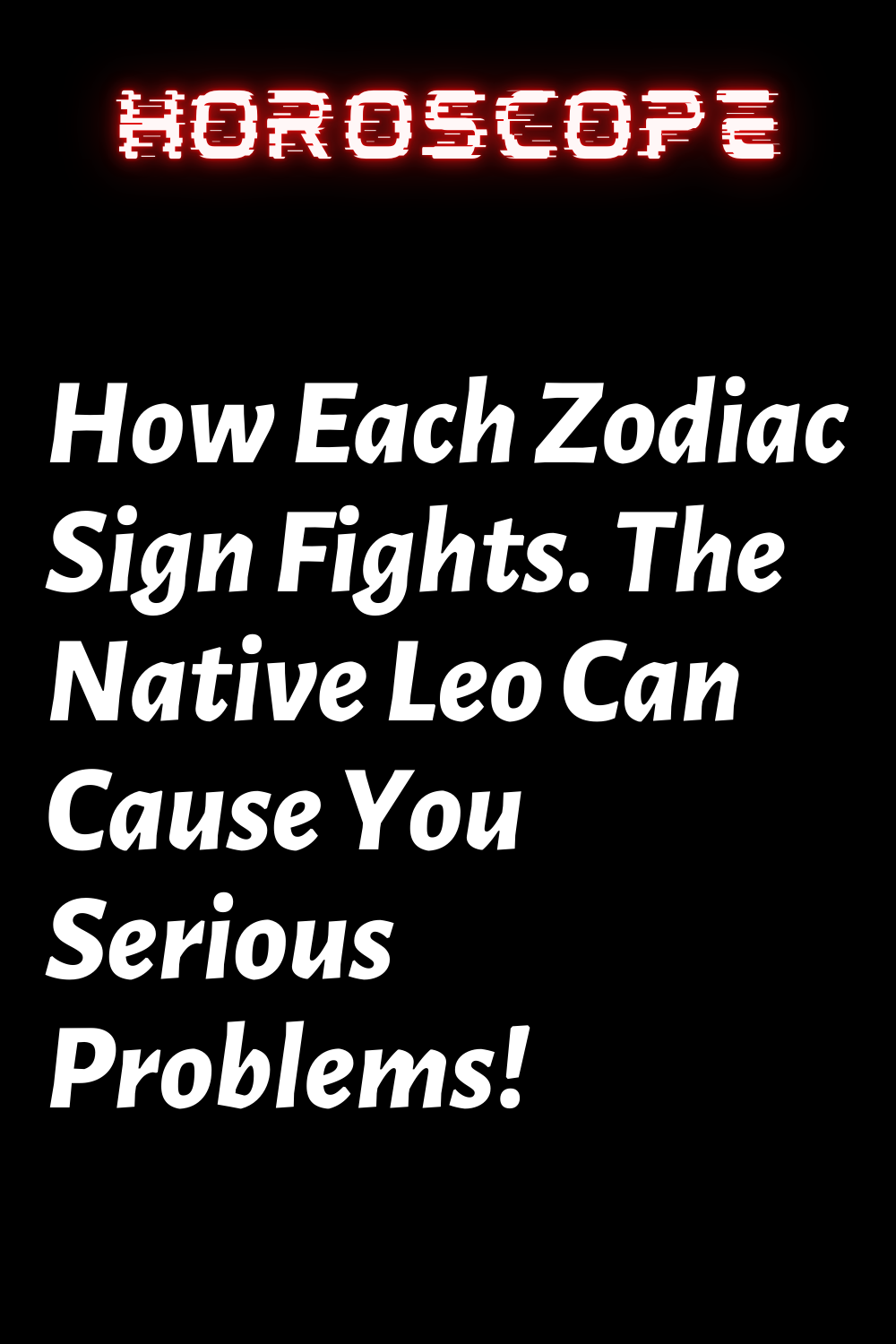 DON’T ASK HIM TO CONCENTRATE: THESE SIGNS HAVE THEIR HEADS IN THE CLOUDS

HERE’S WHO THE OLD ZODIAC SIGNS ARE INSIDE: THE RANKING

The reason he wants you to be “just friends,” depending on his zodiac sign

WHAT ARE THE INFALLIBLE ZODIAC SIGNS? HERE ARE THE TOP THREE IN THE STANDINGS