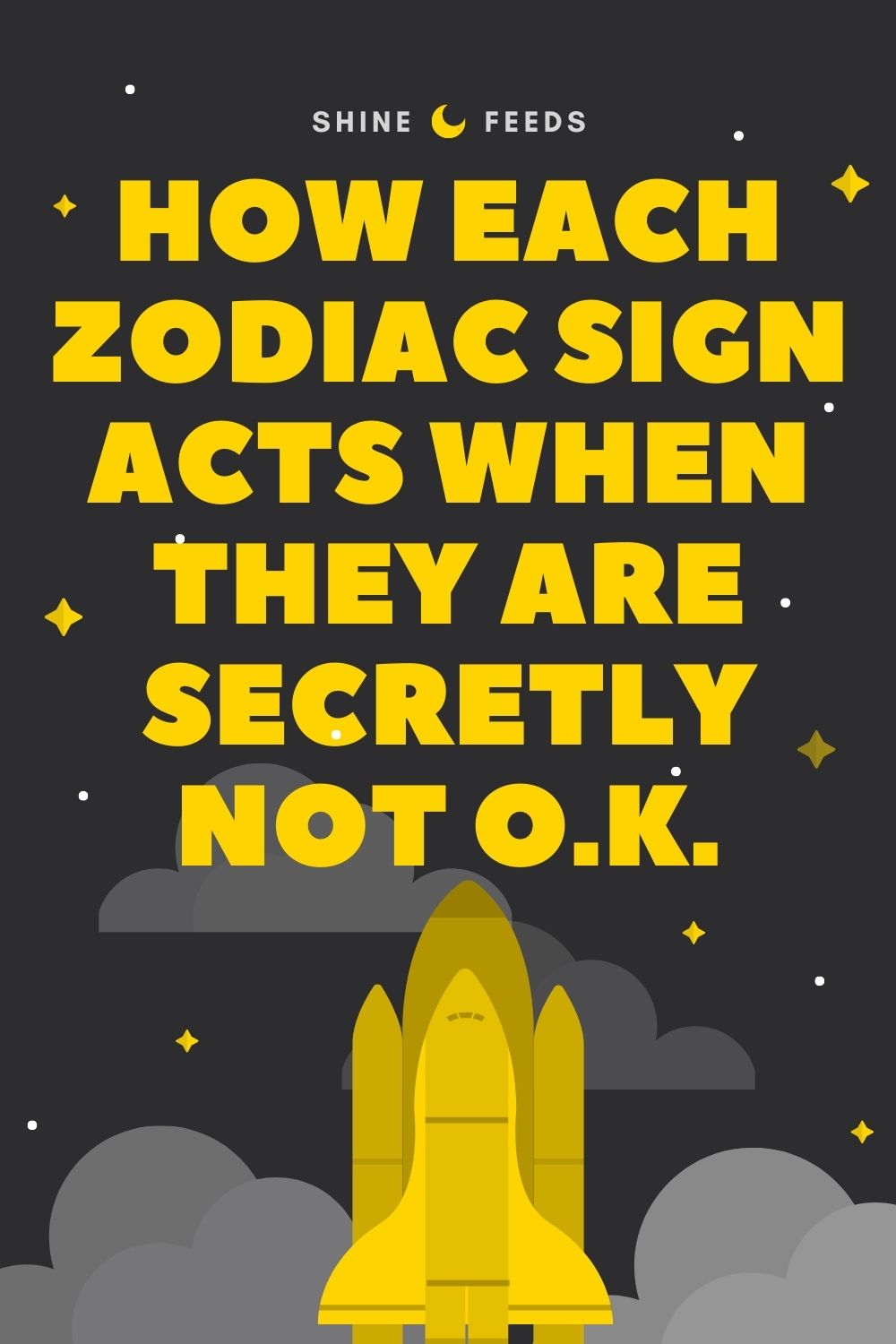 They keep themselves very busy.

They occupy themselves with work to take their minds off whatever is bothering them.

They distract themselves in any possible way.

They have trouble sleeping because something is bothering them. But, they will never show it.

They are secretly hoping you will notice something is wrong with them.

They will never directly say that they are not okay.

That’s why they will ask you how you’re doing just to get the chance to tell you all about what’s bothering them.

They think that if they ignore the problem, it will go away.

They often joke about their lives when they are at the worst stage.

If you accidentally hit a nerve by asking about their lives, they will change the topic and lead the conversation in a completely different direction.

They fake their happiness.

They will laugh when laughing is the last thing on their minds.

They will act like everything is more than fine.

There is no chance in hell that they are going to let anyone know that something is bothering them.

They lose it over something so insignificant like running out of yogurt in the fridge.

What is actually at stake is that they suppress and bottle up their feelings, and then they come out with trivial things.

You may think Leos are upset over something stupid when actually there is something much deeper hiding inside that is bothering them.

Virgos want to be left alone.

They will avoid their friends and retreat into the safety of their own rooms doing something that occupies their minds and calms their hearts.

If their friends call them, they will make excuses that they are tired and that they need some rest.

Actually, all they really want is to be left alone.

They will do whatever it takes to help you.

They will put all their time and energy into solving your problems only to avoid thinking about their own.

They will let you walk all over them, but they will treat you like royalty.

They are completely the opposite of all the signs.

They let their anger and disappointment loose. They will lash out at pretty much anyone who crosses their way.

They will curse; they will break things.

They hide from face-to-face human interaction.

It’s easier for them to hide in their rooms and chat with people than to do it in real life.

They seem like something is going on with them, but you can’t put your finger on it.

They lock themselves in the house. Their beds are their go-to places.

They don’t have the strength to move or go anywhere. They will ignore all their calls and messages.

In other words, they will completely shut down from the world for a few days.

Usually, they are very happy and optimistic.

When they are not okay, they turn into the biggest pessimists you’ve ever seen.

They start doing dark stuff and they start having dark thoughts.

They wander off into their dreamy, made up worlds.

They shut down and ignore all texts. They literally disappear from the social media.

If they are among friends, they are super-quiet, more than usual.

This Is Why You Have Trouble Letting Go, Based On Your Zodiac