You have to assert yourself from the beginning of the relationship in front of the native of Sagittarius, otherwise, he will not give a damn about what you say or ask him.

This native is very comfortable, stubborn, and pampered by everyone, that’s why he runs away from responsibilities.

Don’t help him when he asks you to and give him tasks designed to open his eyes and make him think maturely.

This native is very stubborn and too full of himself, something that will end up bothering you at some point.

Try to put him in strange positions or intense situations in front of the people whose word matters to him, especially when you know for sure that he is not right.

You cannot rely on this native, because one says and another does.

If you promise something and don’t keep your word, don’t be permissive because you will learn that way. Answer him with the same coin or even take revenge by doing the things that you know bother him the most.

This native is very agitated and impulsive most of the time in his relationship with you. Try to temper him, but if you can’t, you will have to resort to punishments to teach him to mind.

The more he sees that what he is doing is more disturbing for you, the more he will try to change.

If you want to have nothing to complain about, then try to keep it short.

This native is attracted to all the women around him, regardless of whether he is in a serious relationship, and this will become disturbing at some point. Establish yourself from the beginning and show him the rules clearly!

You have to help this native get rid of criticism if you want him to be the perfect lover, otherwise, you won’t be able to stand him around for long.
Hit him back in kind when you think he’s exaggerating and make fun of him in front of his friends, he’ll put more effort into keeping his mouth shut.

This native thinks he is too important and often treats you with superiority, and to top it off, you can’t rely on what he says.
Try to pay him back in the same coin and make him fear your vengeful actions as a result of his actions.

This native is too jealous, and you will not be able to bear the situation too much.
Even if you like his care for you to some extent, he tends to overdo it and control you too much. The best technique to make him realize the seriousness of things is to threaten to leave him and maybe even do it if he doesn’t change!

You have to assert yourself from the very beginning of the relationship, otherwise, this native will not give a damn about what you say or ask.
The fact that he wants to decide will still become annoying along the way, and it will be quite difficult to change the situation that you have already accustomed him to.

This native is very proud, although in his heart he knows that he is not right sometimes.
Break him out of this habit by forcing him to do what he doesn’t like or put him in embarrassing situations with his friends. He must learn to admit his mistakes, especially to admit when someone else is better than him.

This native tends to put himself or herself in the background, just for the sake of not being judged by those around him.
They often give up their plans to satisfy other people, which will bother you enormously. If you want to change him, try putting sticks on his wheels and separating him from the people who give you trouble.

This native is very forgetful and you may find yourself not showing up for a meeting that you had planned in detail.
It’s tiring, but try to make him responsible by leaving him alone when you have to make important decisions. 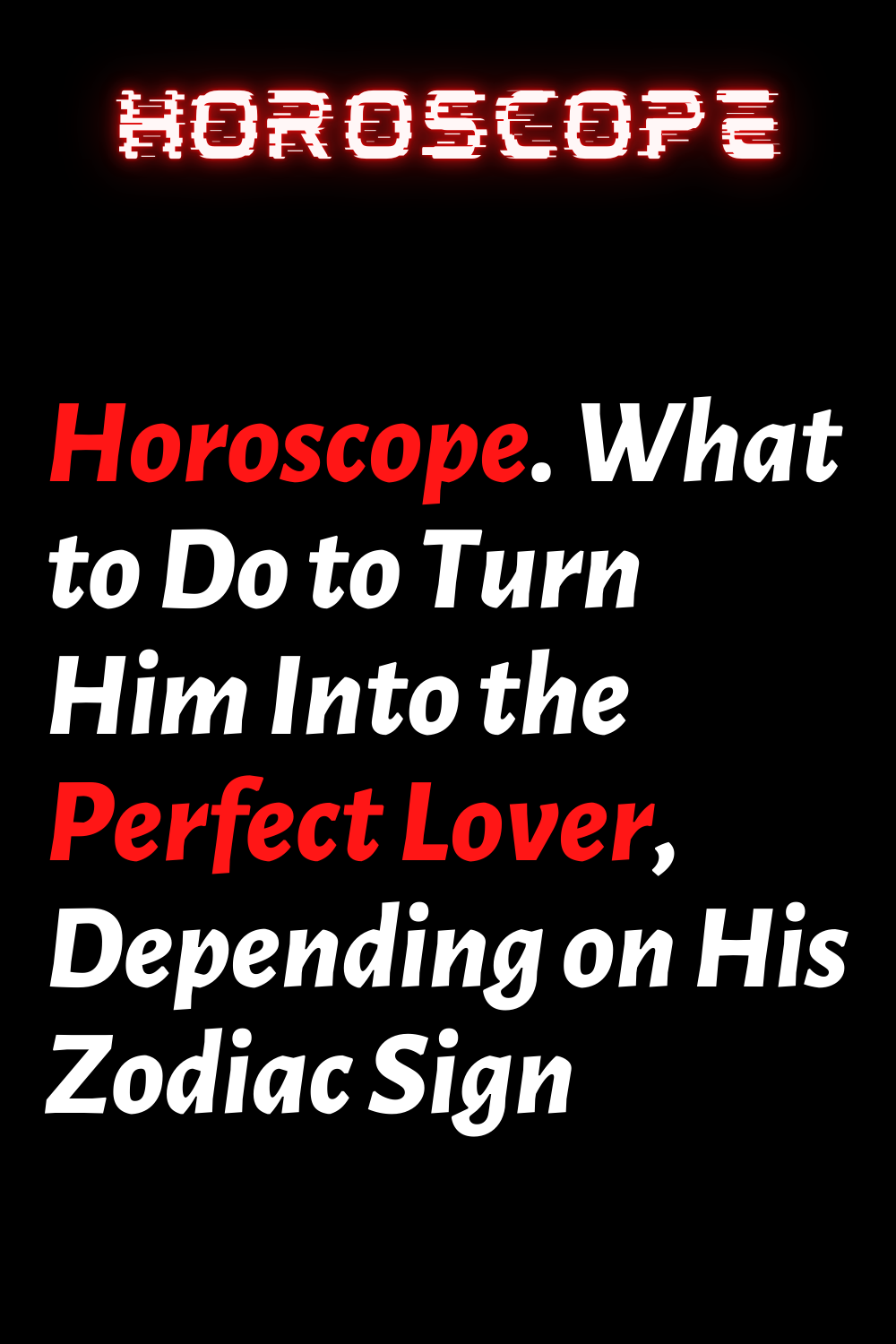 Here Is Why You Are Still Single, According To Your Zodiac Sign

THE ZODIAC SIGNS WHO LOVE THEIR PARTNER MORE THAN THEMSELVES

The Good And Bad About Loving A Cancer (10 Brutal Truths)