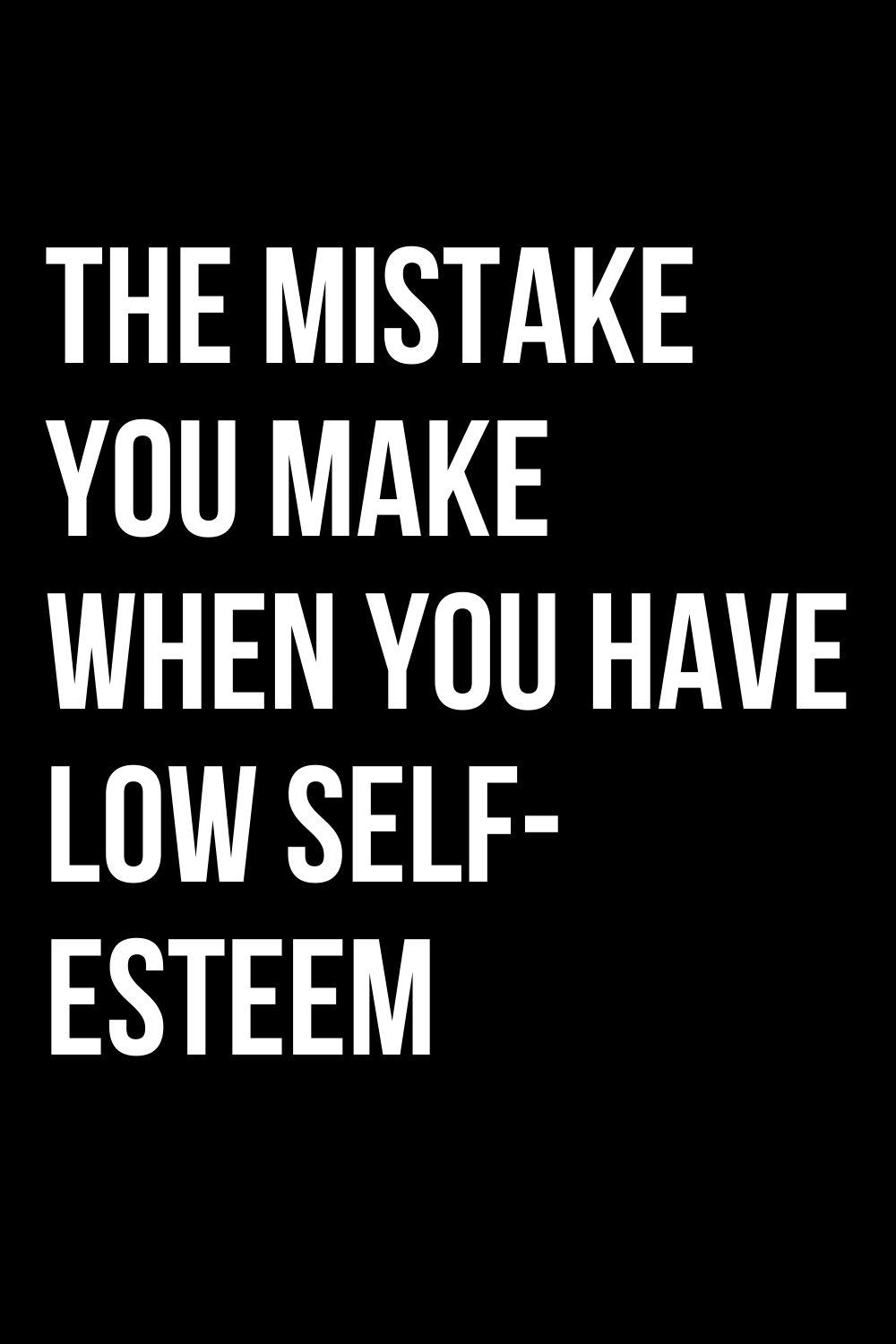 HOROSCOPE: THE MISTAKE YOU MAKE WHEN YOU HAVE LOW SELF-ESTEEM

Find out what is the recurring mistake that each zodiac sign makes when it has low self-esteem.

In life, one of the most important things you can have is self-esteem. As obvious as this sounds, those who estimate and recognize their abilities certainly live better than others because they know they are worth without having to continually prove it and because when they find themselves in unpleasant situations, they know how to face them head-on. Furthermore, having self-esteem also means asserting oneself and not allowing anyone to trample on the feelings you have or any weaknesses which, if well managed, can be an added value for the person.
On the contrary, when for reasons of all kinds, the perception that one has of oneself is completely negative, life changes color by showing itself in black and white, limiting many freedoms and taking away the flavor of many pleasures that should be lived in full until it has the opportunity.
Since the way of behaving and the mistakes you make when you have little trust in your abilities depend at least in part on the influence of the stars, today after having seen what is the way to react to the anxiety of each zodiac sign and which type of relationship is most feared by the various signs, we will try to find out what is the mistake that is most easily made when you have low self-esteem. Since this is an aspect strongly linked to emotions, the advice is to check the profile of the ascendant of the person you intend to control to have a more precise picture of the situation.

Horoscope: discover the mistake that the various signs make when they have low self-esteem

Aries – Always Binds
To The Wrong People, Natives of Aries tend to reflect low self-esteem about interpersonal relationships. Although it is rare to find an Aries who does not trust their abilities when this happens the result is that of a person who does not know how to manage their emotions and who therefore ends up binding to subjects who will sooner or later harm him. It is a way of doing that they do unconsciously and only because they are convinced that they cannot aspire to something better. This, among other things, is wrong since even the timidest of the sign always have a certain charm on others, which would allow them to look at who they want and to go towards certainly better relationships.

Taurus – Treating yourself badly
Those born under the sign of Taurus, when having no self-esteem, they end up treating themselves badly, allowing others to do the same. This results in passive and often harmful attitudes towards them. To give an example, they can surround themselves with people who do not correspond to those they would like at their side, they dress with little care and do not take care of their person, eating in a disordered way and at times even appearing sloppy. All ways of doing that are far from their way of being that they put into practice, partly to shout at the world that they suffer and partly because they think they deserve it. A wrong attitude leads them to worsen the image they have of themselves and therefore should certainly be changed.

Gemini – Throwing themselves down
The natives of Gemini when they are not esteemed tend to always throw themselves down, denigrate themselves, and withdraw into themselves. If by nature they are sunny and lively people, in the rare cases in which they just cannot accept themselves, they end up with a shadow of themselves, avoiding talking to others and always seeing everything in a negative way. It would be enough to start believing more in oneself to see reborn the splendid person they can be and who, albeit in silence, lives within them. A person of whom, knowing her, they would have high esteem and would appreciate exactly as others would do if only they gave him the way to know them.

Cancer – Suffering in silence
Those born under the sign of Cancer tend to have a good opinion of themselves, when things go wrong, however, their first reaction is to hide their feelings as much as possible, certain that others will hardly be able to understand them. This way of doing them distorts them a lot, making them sad and often susceptible, completely different from how they would behave if they had a better relationship with themselves. Unfortunately, until they are the first to decide to move in this direction, there is very little to do because only they can grasp the potential they have and choose to bet everything on themselves.

Leo – Allowing himself to be exploited
Okay, it’s nearly impossible to see Leo natives without self-esteem. When this happens, therefore, it is a rare case and usually destined to change. The bad thing is that when they don’t love each other they seem the opposite of who they are, showing themselves shy as few and always reluctant to say what they think. Silent, they live in the shadows avoiding the gazes of others and surrounding themselves with people who seem born to overshadow them. Fortunately, it is really difficult for them to stay like this forever, and sooner or later something will always come that can make them shine again. When this occurs their hunger for life and attention expands suddenly making them reborn in a more than visible way and leading them to become the exact opposite of what they were, sometimes even exaggerating.

Virgo – Closing in a hedgehog
When the esteem is not on their side, those born under the sign of Virgo tend to withdraw into themselves by showing hostility to the people around them and all for fear of being judged as they would do with others. It is an attitude of defense that they put in place when in reality they are the first to judge themselves, without considering that by acting in this way they only end up creating unnecessary tensions, worsening the situation. Unfortunately, making them change their attitude is very difficult and only time can help them understand where they are wrong and how to remedy them. Surely the first thing they should do is to learn to look at each other with different eyes, managing with greater balance the height difference that often creates between the lack of esteem and the moments in which.

Libra – Giving importance to those who don’t deserve it
When they lack self-confidence, Libra natives end up putting others’ opinions before their own. The problem is that they often do it with those who try to bully them and, consequently, with the wrong people. This tends to complicate their life because their way of managing situations is affected by wrong advice and far from their way of seeing things. Fortunately, most of the time they manage to realize the mistake made and remedy it. Until they manage to acquire some self-esteem, however, the risk is to find themselves in the same situation over and over again, which in the long run can be exhausting.

Scorpio – By throwing himself into relationships that hurt him
When they are lacking in self-esteem, those born under the sign of Capricorn unconsciously look for strong personalities to lean on, choosing people who tend to be overbearing more than strong, putting themselves first, and trying to overrule them. Even though they experience it badly, they find it difficult to abstract from it because when they bond with someone, whether it be love or friendship, they do not like to end relationships without a real reason. Thus, the only way they have to go back to acting according to their way of seeing things is to be strongly disappointed by the people with whom they are accompanied. Even when this happens, however, to hope to express their enormous potential they need to work on themselves to rediscover themselves and to begin to estimate what they are.

Sagittarius – Settling
for Sagittarius natives when they have no self-esteem, they tend to limit themselves by starting to settle for what comes and stop making plans for the future. For people like them, however, this way of life is wrong enough to risk leading them to depression. It is therefore essential that they can get out of the limbo in which they closed themselves to work on themselves to regain self-confidence, placing it in a balanced context that does not make them excess in the opposite direction. A difficult strategy to put into practice but for which it is certainly worth trying.

Capricorn – Denigrating
The natives of Capricorn who have no self-esteem do nothing but mentally repeat all the defects they have. This leads them to never express an opinion and never make decisions unless pushed by third parties who often think more about their interests than their own. In all of this, their tendency to fill up with commitments tends to increase, leading them to carry more burdens than they can bear. It can be said that theirs is a real game of slaughter that should be stopped as soon as possible to find a different way of dealing with things, perhaps starting to love each other a little more, or even just trying.

Aquarius – Showing themselves insecure
Those born under the sign of Aquarius are usually confident people who do not fear the judgment of others at all. When they lack self-esteem, however, this characteristic aspect of their way of disappearing, giving way to people who demonstrate total insecurity combined with the impossibility of deciding which path to take. In addition to withdrawing even more from themselves, they end up isolating themselves, becoming sad and depressed. A situation that only by committing themselves can they be able to change, especially if in a moment of greater lucidity they decide to ask someone for help to start by coming out of the shell that many times instead of protecting them makes them even more alone.

Pisces – Getting into Problem Situations
Pisces natives when they have no self-esteem, seem to go around in circles both for everyday chores and for important projects that affect their lives. Unable to understand in which direction to go, they tend to get carried away by circumstances which, at times, can put them in dangerous situations, especially if they trust false friends who intend to look first at their interests. Unfortunately for them, having faith in their abilities is often difficult because they tend to run out of energy in always giving support to those around them. With a little effort, however, they can manage to change things, discovering that they are worth much more than they think and change their lives for the better.