The planet of action has been retrograde since October 30 and has given us the chance to take a break and evaluate our strategies. Now that you have carefully analyzed all your plans, it is time to move to action again.

Mercury is still retrograde until January 18, so don’t expect everything to go smoothly.

Discover the horoscope for the week of January 9-15 for your zodiac sign:

Mars, the planet that rules your sign, resumes its direct movement on January 12 and you finally feel yourself after a long time. Ever since October, you felt that you were on the verge of exhaustion, but despite all this, you continued to respect all your duties. You have the energy again to do what you set out to do and the courage to initiate some difficult conversations.

Everyone is waiting for answers and advice from you this week. Even though Mars resumes its direct movement on January 12, you still feel low on energy. But your life partner, your best friend, and your favorite colleague at work are full of energy and ready to return to the usual rhythm. You enjoy discussing their plans, but you have the feeling that your life is up in the air. Find out what you can do to get back to your normal routine.

Get ready for things to flare up, literally and figuratively, once Mars resumes direct motion on January 12. Ever since October, you have forced yourself to build a suitable routine and lay the foundations of a close community, but this week you notice the impact on your health. Slow down to avoid burnout.

Since October, you have put aside most of your plans. After Mars resumes its direct movement, you are ready to be the center of attention again and put your career first. It is even possible to find a new life partner during this period if you are single or have gone through a breakup.

Your perspective had greatly changed since October when Mars began its retrograde movement. You gave up some big dreams and replaced them with a new vision. You also had to deal with some difficult family relationships. Everything was exhausting, but Mars direct, starting on January 12, gives you the energy you needed so much. You will meet friends you can always rely on and you will realize who you can count on.

Once Mars resumes direct motion on January 12, workplace conflicts and major career decisions come to a head. Some topics have been stressing you for several months. Ever since October, you’ve been trying to rethink the way you approach communication and collaboration. The conversations were tense and gaining trust was slow. But you have learned to let go of the need to always be in control.

For you, feelings of trust and security are always related to relationships. When your partnerships are going well, your self-esteem is at its highest. But when you have negative thinking, it is impossible to form strong connections. Ever since October, you have tried to rediscover what your goals are in your personal and professional life. After Mars resumes its direct movement, you are ready to earn more and love more, while maintaining your independence.

Mars, one of the two planets that rule your sign, resumes its direct movement on January 12 and helps you feel yourself again. Since the end of October, you have had to deal with medical expenses, taxes, and unpaid debts. You worked hard to organize your life. The situation enters a normal phase this week. You discover that after you give up unnecessary worries, you manage to be more open and accept the new version of yourself.

Everything slows down and even stops once Mars resumes direct motion on January 12. Take a break and look around: what has changed in your life from October to now? What secrets have come to light? What superficial relationships have turned into long-lasting partnerships? Appreciate everything you have achieved and don’t forget that you have major successes when you are consistent.

Whether you forced yourself to go to the gym, worked extra shifts at work, or packed your schedule to the max, the last few months have been downright exhausting. After Mars resumes its natural movement on January 12, reserve time to reflect on how this period has affected your family and friendships. Who have you lost touch with and which of your connections have become even stronger? Make some changes to reconnect with important people in your life.

A person you are in love with and with whom you last spoke at the end of September returns to your life after January 12, when Mars resumes its direct movement. You were so absorbed in your career and creating a new program or lifestyle that you left your feelings on the back burner. But now is the time to regain strength. It’s been a long time, but this week reminds you of those feelings you can’t ignore.

The financial problems that have been stressing you since the end of October will finally find their solution after January 12. In the last months, you re-evaluated your long-term plans and made new strategies to achieve financial stability. Now you can put those plans into action. Take a break to reflect on everything you have learned during this period. 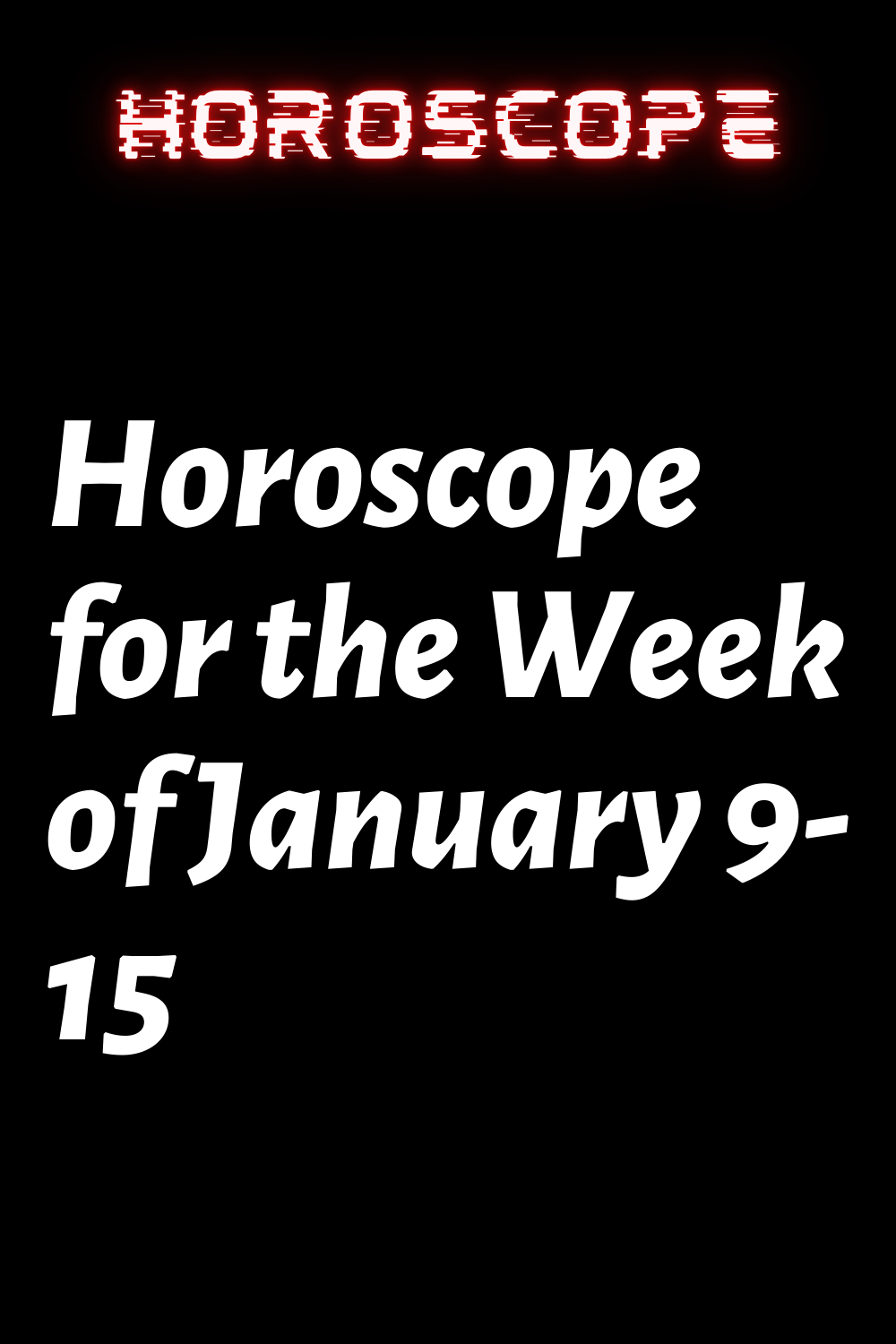 YOUR LOVE HOROSCOPE FOR APRIL 8TH 2021

ARE YOU A REAL TOUGH GUY? THEN YOU WILL SURELY BE IN THE RANKING OF THE MOST RESISTANT SIGNS OF THE ZODIAC