Horoscope 2023 Aquarius: many challenges await you in the next 12 months. Your patience will be tested, but also your resistance to stress. But if you overcome the obstacles, you will enjoy truly special moments.

At the beginning of the year, Venus will be in conjunction with Saturn, the master planet of Aquarius, in the sign of Capricorn, in the twelfth house of its zodiac sign. For this reason, what will happen then will have a strong impact on the whole year. Be careful what decisions you make!

Saturn will leave Capricorn on January 17, 2023, and enter Aquarius, where it will remain throughout the year. The full impact of Saturn will then be felt in your family area, including your siblings, your connections, your marriage, and your business, your work, and your commitments.

In terms of work, you will be under a lot of pressure and you will focus entirely on solving the financial situation until the summer of 2023.

Jupiter, which is considered to be the most auspicious and which occupies your second house at the beginning of the year while it is in the sign of Pisces, will protect you from troubles, but it will not protect you from challenges and obstacles. This year you will understand, more than ever, that you make your own luck!

Besides these, other planets such as the Sun, Mercury, and Mars will occasionally transit different zodiac signs and will have an advantageous impact on your sign.

If you are married, the beginning of the year will be a wonderful time in your marriage, and you and your husband will enjoy each other’s company for the rest of the days spent together.

There are chances that business will advance well in the spring of 2023. However, it is good to be careful between April 22 and September 4, during the transit of Jupiter in Aries. Your attempts will quickly pick up speed, but you will take unnecessary risks, which is not a good thing. There could be problems at work and a decline in health.

Summer comes with many obstacles, both personally and professionally. During this period, business or workplace problems could arise and there could be a chance for things to escalate between you and your colleagues or bosses. Be cautious and patient with yourself as you go through this difficult period.

Personal relationships will become more intense during August. In addition, the closeness to the husband/wife will increase and old tensions will fade. In addition, there is a possibility of romance in your relationship. In dealing with persistent problems in business, you will be most successful. If you are still single, there is a chance to find love. During this period there will probably be some financial difficulties and a high chance of losing money.

The end of the year brings a lot of joy. You will gain more respect and dignity. In November, married life will be joyful and there will be fewer recurring conflicts in the relationship, predicts the Aquarius horoscope for 2023. It will be easy for you to think clearly. You will overcome the tendency to take big risks. Family life will be quite quiet.

You will have compatibility in romantic partnerships at the beginning of the year. You and your loved one will have a conversation that unites you enormously, as a result of the influence of the Sun and Mercury on the fifth house. Happiness will be experienced in January and February, but the relationship will become tenser in March, when Mars will transit the fifth house, on the 13th. There is a possibility that you two will argue during this period, and if you cannot resolve your differences in a friendly way, this could ruin your relationship.

The 2023 Aquarius horoscope predicts that the period after this, however, will be beautiful and gradually your relationship will be filled with love, as you hope. Especially in the months of April and May, the situation will improve. You will feel incredibly romantic in May and you will get closer to each other. Also, a marriage proposal may appear between July and August. After that, you will have more chances to share beautiful moments in the months of November and December.

Your family and family life will experience tensions and conflicts, especially between February and July 2023. Family members will not be able to communicate effectively due to the lack of harmony, which could spoil the environment in the home.

Avoid major discussions with brothers or other relatives in the spring of 2023, because they are not destined to succeed. Autumn and the end of the year come quietly in this area of ​​your life, so keep your calm and patience.

You will experience financial ups and downs this year, but especially in the first part of the year, because Saturn and Jupiter will occupy the twelfth house at that time. The Sun will also transit the twelfth house in January. There will be obvious indications of an increase in expenses during this period, but thanks to Jupiter in the second house, your financial situation will be favorable and you will be able to keep your finances under control. Conditions will improve and you will be able to manage your funds well once Saturn transits your sign.

You will have a fantastic opportunity to invest in a variety of savings plans this year, so if you are balanced and make good decisions, you can expect to be very successful in this area as well. You may find that the months of June and July, in particular, are quite advantageous for your financial situation.

You can try to change your job between March and April because you are favored by the stars. During the summer, it is good not to make major decisions and to be more patient, because the things that are meant for you cannot be rushed. However, things will start to change gradually from September, and your career will flourish in November and December.

During the summer, it is good to avoid any big transactions, it is not a good opportunity to sell or buy houses. For this type of business, the most favorable period is between November 16 and December 27, 2023.

Your health problems should be taken seriously, according to the horoscope. There will be some health investments at the beginning of this year when Saturn is still in the twelfth house. Eye problems, eye diseases, watery eyes, a strained or broken leg, or rheumatoid arthritis could cause problems. Stress will be the one that will aggravate your ailments, so take care to be as relaxed and rested as possible.

The good news is that, following Saturn’s transit, there are chances that health will improve. However, starting with April, you need to pay more attention to your well-being and health.

During this period, problems such as neck pain, and problems in the area of ​​the shoulders and shoulder blades may appear. To overcome these problems and enjoy good health throughout the year, don’t forget to adopt a balanced routine and healthy eating habits.

So, these are the astrological predictions for 2023! There are a few months ahead in which your patience and determination will be tested. With good and bad, the horoscope brings you a very special year, in which you can achieve a lot if you have courage and exceed your limits! 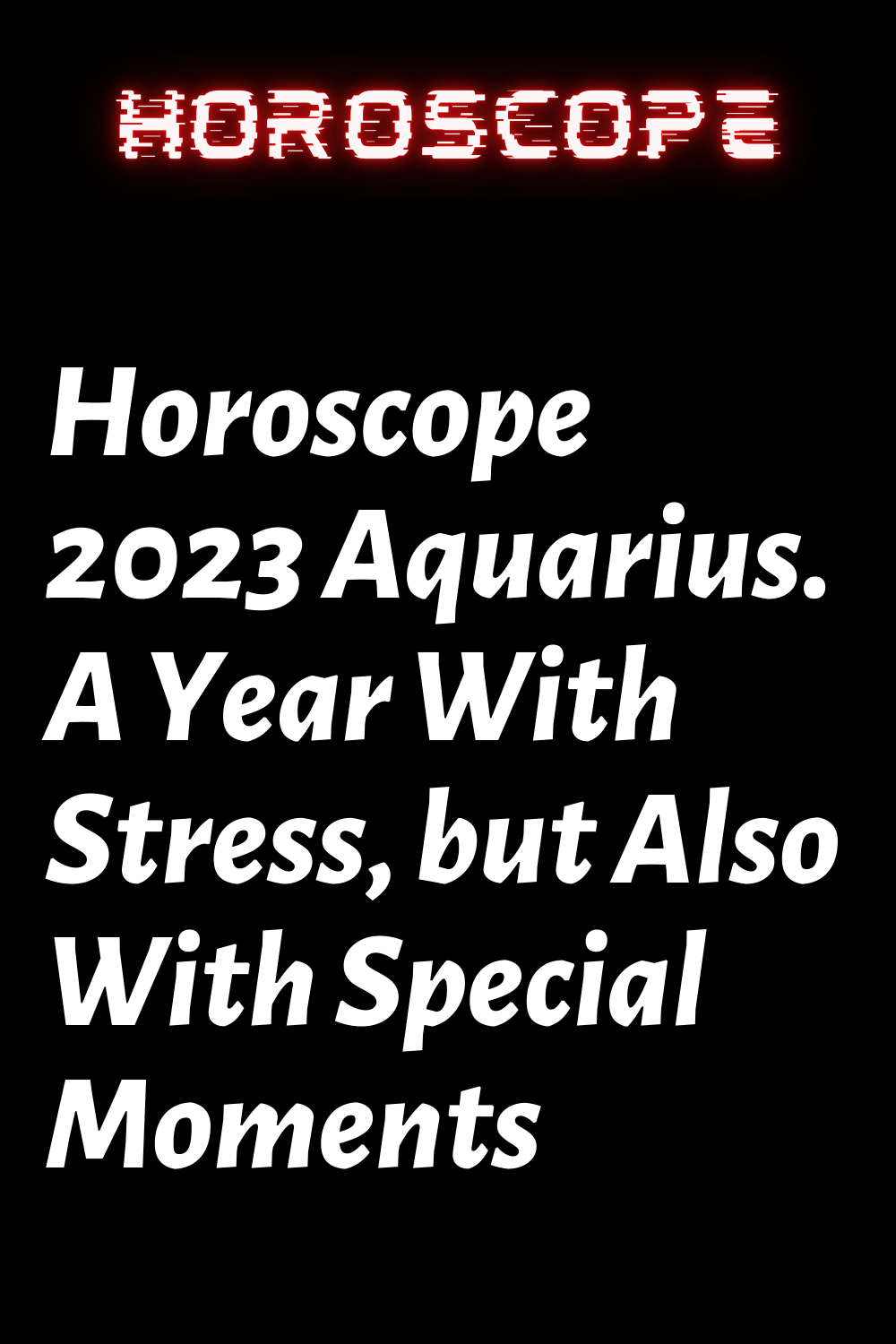 The Love You Deserve This Christmas According To Your Sign

THESE TWO SIGNS ARE THE WORST COHABITANTS OF THE ZODIAC, CAN YOU BEAR THEM?

THE MOST CLUMSY ZODIAC SIGNS: HERE ARE THE TOP THREE IN THE RANKING