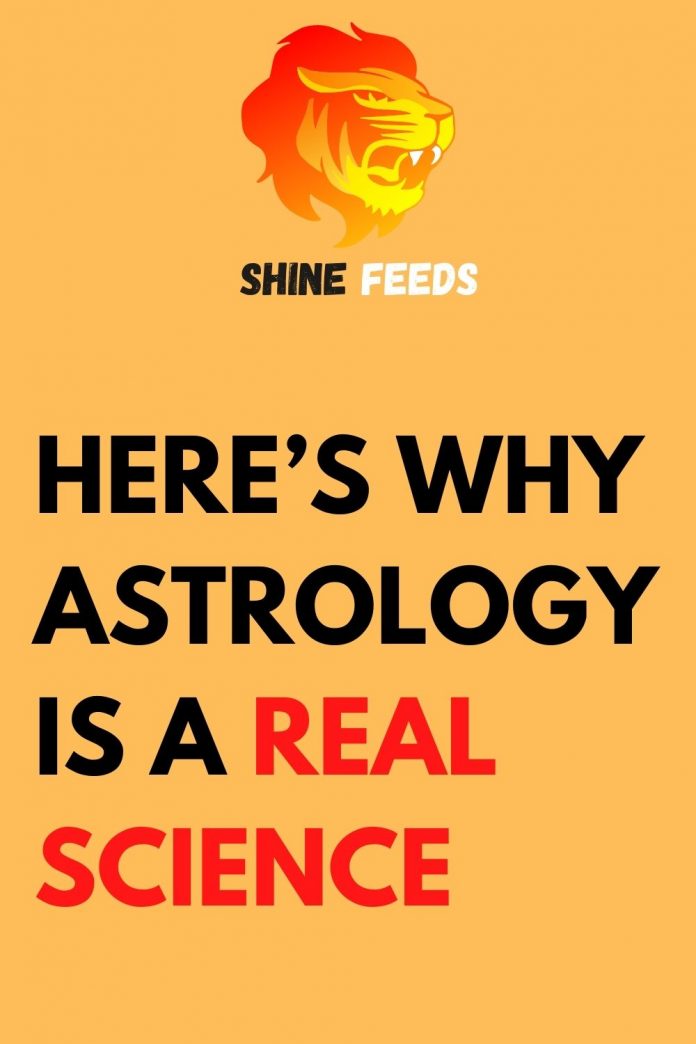 You know what’s hilariously ironic to me? As the globe experienced the Enlightenment and Scientific Revolution back in the 18th century, we’ve accumulated a large wealth of scientific knowledge allowing us to advance in unfathomable ways.

This wealth of knowledge became a package deal with a heightened sense of arrogance and pretentiousness from the scientific community. Load and behold, the handy dandy scientific method—designed to minimize all possible biases—has become a bias itself used to justify science as holier than thou.

The primary example of a discipline that is ridiculed and undermined—astrology.

Saying astrology is a science is not simply my opinion. My perspective? Perhaps, but science is also about perspective. (The sociological question of “If a tree falls in the forest, can it make a sound if you aren’t there to listen?” reflects this quite well.)

The only reason it isn’t considered one is because science rejects religion or any divine knowledge…… despite the fact its concrete findings are built on what are still considered to be unexplainable forces of our universe. The fact astrology has unique dualisms of both makes it a target of hate from both religious and scientific communities.

Einstein was irreligious, but what made him spectacular was his ability to admit that science is more imperfect than perfect. His acknowledgment of faith is what I’d consider to be a key ingredient to his breakthroughs.

When we think we know more, we find out we are only getting started. It’s the never-ending cycle of life. So here am I—this optimistic yet irritated astrologer-in-the-making— to debunk everything you’ve ever known about astrology regarding its place in science.

What is science, and why does astrology not make the cut?

Science is used to observe, analyze, and interpret our interactions with one another and basically our whole existence. With breakthroughs from the Scientific Revolution, the mysterious yet highly practical scientific method laid the foundation to modern science and everything it considers to be part of it.

Whereas the Scientific Revolution was a product of the Enlightenment, a system that would efficiently discern concrete and abstract information was much needed.

However, complacency resulted from scientific breakthroughs which is even seen today. Calling science “fact”—despite the “fact” that our knowledge of science is also imperfect— made astrology only look like a delusion.

The scientific method applied to social science research is exactly how it would be applied to astrology.

My degree, a Bachelor of Science in Social Science, is a research degree. We apply the scientific method to studies where data is gathered through qualitative data and compressed into quantitative data (also known as statistics) to better understand certain assumptions made about a population.

Meanwhile, most (if not all) social sciences are built on theoretical frameworks and rely on observations and personal findings to generate a conclusion. Quite frankly, the reason social sciences—psychology, sociology, economics, politics, geography/geology, etc.—are considered science is because science is tested the exact same way.

If people were willing to apply the scientific method to astrology, they’d also find it’s the exact same way.

Astrologers who do hundreds— perhaps exceeding thousands—of readings for different individuals are constantly observing sign characteristics/behaviors and keeping up with the frequency of such traits repeating themselves.

For example, an astrologer collects certain information on frequencies a certain sign exhibits a behavior. They’ve made assumptions to themselves in the past that a sign has exhibited this or that, but now they want statistical information to see if there’s any consistency.

They gather information, formulate hypotheses, and submit their data to a national statistic organization (differs by country) who can provide a random, diverse sample of the given population to ensure the most accuracy possible. At this point, they are testing their assumptions (hypotheses).

Say the assumptions are proven true. The astrologer waits a year or so. They do the same thing with a different population sample. Turns out, there’s similar to almost identical results.

If they wanted to take it even further to debunk the “placebo effect” scientists always use to counterargue astrology, the astrologer could have their own focus group where the subjects don’t know they are participating in an astrology experiment.

Neuroscience focuses on the nervous system while psychology is the interpretation of how neurological functioning affects human behavior….. yet somehow with astronomy being the physical study of celestial activity, astrology providing our interpretations of how it affects us on Earth isn’t considered a science though psychology is? That doesn’t make a lick of sense.

Every single science—astrology, biology, psychology, sociology, you name it—all have unanswered questions that require a leap of faith.

Much like social interactions and the human brain, science also changes and cannot account for certain phenomena. Our knowledge of science has always been imperfect. Extremely valuable and provides us deeper understandings of the world around us, but still imperfect. Have I said it enough yet?

There are very few laws of our universe. Everything else is built on theory…. just like science in general.

Who is the science community to act all pretentious about why astrology has no value because they say so? A scientist is a human; therefore, they have full capacity of being wrong and being adept to groupthink. The only reason they won’t admit it is because it would contradict their rejection to religion and divinity.

Everyone is going to get so defensive about me writing this. Remember that is the entire point of me writing this is because people are clinging to a misconstrued interpretation of astrology passed generation to generation without even critically thinking about how ignorant it is to not consider it a science.

It’s time to adapt our knowledge and understanding of ourselves and science to our increasingly multidimensional world (and even universe). The science community can screw right off with “AsTrOLoGy iS FaKe”. Behind their own biases they absolutely refuse to admit they have, astrology at least meets the criteria for social science. Therefore making it science.