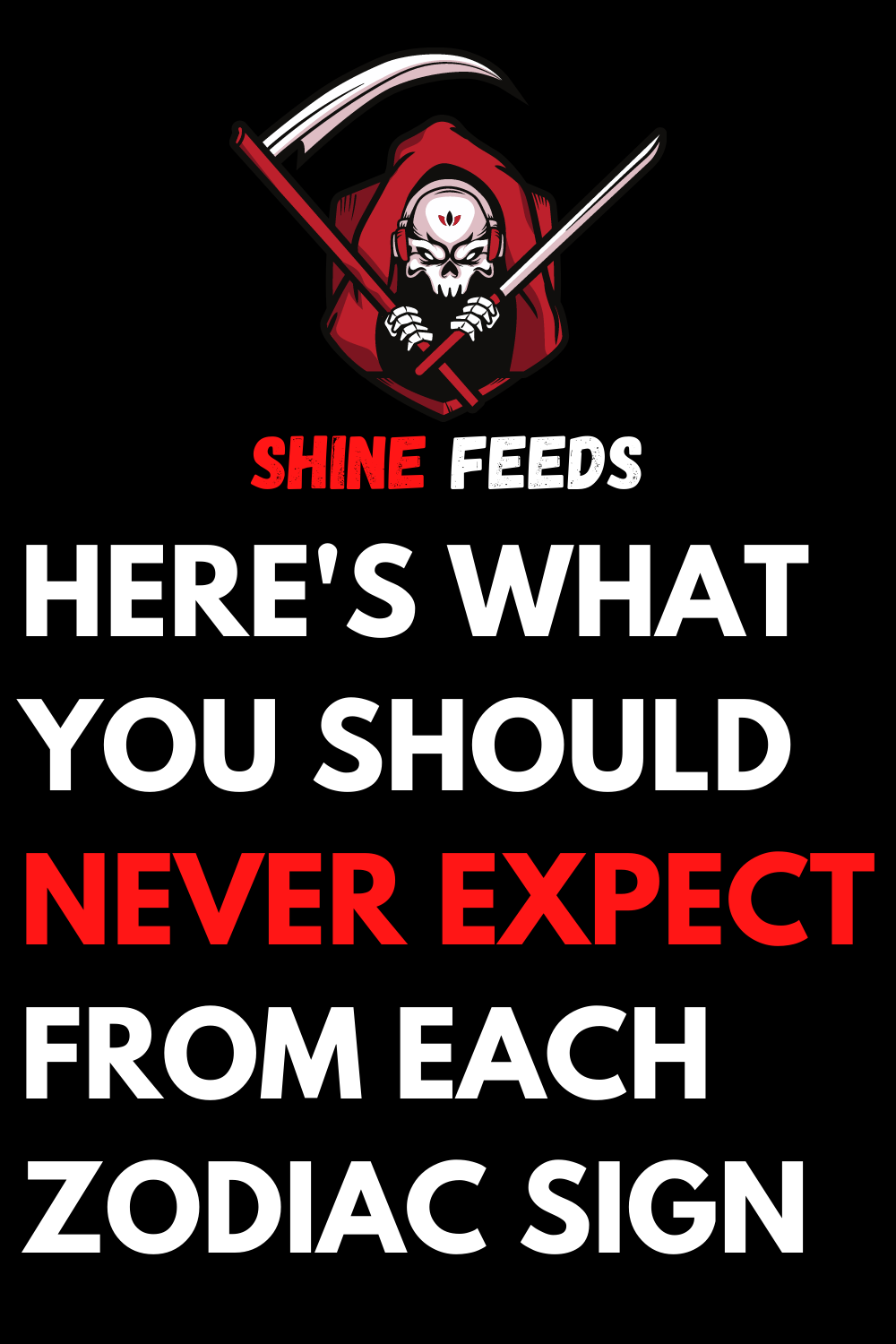 HERE’S WHAT YOU SHOULD NEVER EXPECT FROM EACH ZODIAC SIGN

Each sign has its characteristics. Never expect these things from these zodiac signs, by their nature they are unable to please you.

Being together also means respecting the other, smoothing out one’s flaws, and compromising but there are things you should never ask a person belonging to a given astrological sign because he can’t give them to you.

If you stubbornly continue to demand something in particular from the other, misunderstanding and arguments will end up getting the better of you and you will end up losing it. If he didn’t give you what you asked for, it’s probably not because he didn’t want to but because he couldn’t. Some of our features are innate and impossible to modify.

Find out in this article what each zodiac sign can never give you.

Here’s what each sign of the zodiac can never give you, just ask them

At some point in the relationship, you should take note of the other person’s limitations and consider whether you are willing to accept him solely as he is. It is useless to try to change people or demand something from them. Try to think only of what it is in your power to do to change things. Don’t ask your partner to give you what they can’t.

It is a mistake that often leads to conflicts and misunderstandings in the couple and the long-run damage the relationship.

Take a look at the most common misjudgments that each zodiac sign undergoes:

Never ask Aries not to be impulsive. This sign is often considered naive and it is a big mistake. Aries is not naive, it is simply spontaneous. Spontaneity and his prosperous self-confidence can never be undermined.

Never ask a Taurus not to do something they want to do. If the Taurus does not act it is only because it is still considering how to do it. The fact that he takes the time to think does not mean that he will not take action. It will act when it is ready. Don’t feel hurt by this, his determination is relentless.

Avoid scolding a Gemini for not talking to you about love. He knows that after falling in love he opened his heart to you but he hates to describe what he feels. By not telling you what he feels he feels somehow protected. It is as if by not exposing oneself to avoid receiving disappointments.

Avoid requiring a Cancer to be less fragile. This sign is very strong and determined and this apparent fragility serves to smooth its edges.

Stop asking Leo not to be selfish and not to think only of himself. In reality, the power of his ego is never big enough for a Leo, this sign perpetually needs to feel loved no matter how much you think he loves himself.

Never tell a Virgo what to do. Usually, he appears to be a quiet person, in some cases, he even seems shy, but never be fooled, behind his ways there is a rebellious spirit. He is a strong and cold person and does not allow anyone to tell him what he should or should not do.

Don’t try to impose your idea on Libra. Being a sociable and chatty person, we often think we can easily persuade him to share our point of view. Nothing. This sign is not easily influenced. It has its ideas and values ​​to which it is strongly anchored.

You should never ask Scorpio to slip something on. He hates being told he has to give a damn. Behind that impassive aspect of hers hides a profound sensitivity. Whenever someone hurts him, his soul becomes covered with deep scars.

You should never push a Sagittarius not to ask questions. For him, it is impossible to give up having certainties. It is a sign that is often assailed by doubts, it needs certainties to nourish its positive and confident soul. confident and confident air, its serenity is worth it.

Capricorn should never be told to react. If he maintains his position and does not intervene, it is certainly not why he is not interested in it or because he is cold and impassive. A very tender heart beats beneath the surface and if he doesn’t reach it’s only because he feels deeply hurt and needs time to get his emotions out at an emotionally more suitable time.

The biggest mistake you could make with an Aquarius is to tell them that they don’t do anything and don’t commit to the other. This sign has its way of expressing itself, it is very phlegmatic but this does not mean that it is indifferent. His being delicate and subtle pushes him to always be extremely courteous towards his partner but also respecting the feelings he feels.

Never take it out on a Pisces accusing him of being weak. If Pisces avoids something, it has its reasons. He will do something but when the time comes. For him, his will should never be underestimated. He needs to manifest it all the time and gets annoyed when someone intrudes on his timing.