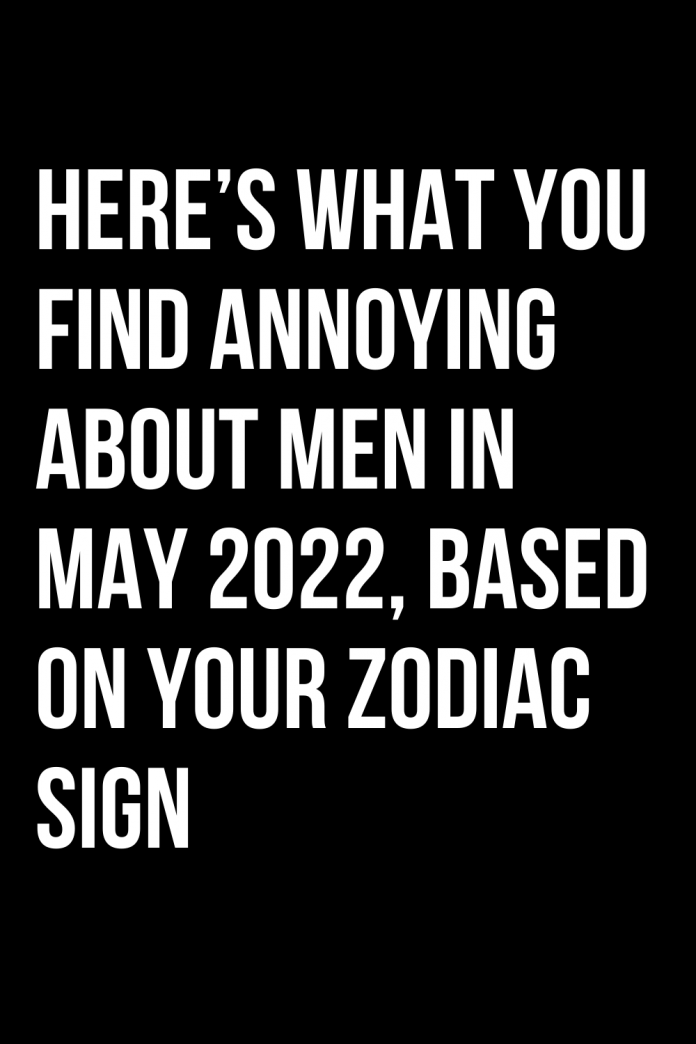 Their massive, galaxy-destroying egos. And the bigger the ego, the smaller the man. If within five minutes of meeting you he brags about how much money he makes, how many women he’s slept with, and how he’s the best thing that will ever happen to you, this is a sure sign that he lives in his mom’s basement, hasn’t been laid in five years, and ekes out a meager living volunteering for dangerous medical experiments.

Their entitlement. They expect your love, devotion, attention, and home cooking, but it never occurred to them that they should reciprocate in any way, shape, or form. You are obviously there for their pleasure and convenience, but it never seemed to occur to them that they should give a little bit back. If it’s still a “man’s world,” that’s only because they took it from women. Time to take it back, girls!

Their total stylistic cluelessness. They don’t know how to dress themselves. They have shitty taste in humor, music, literature, and movies. They may be good at numbers and assembling a carburetor, but unless it’s a pretty female face, they are absolutely blind to all the world’s beauty. They can take the most gorgeous house and turn it into a pigsty in a week.

Their physical clumsiness, as epitomized by their big hairy ape bodies. Nine out of ten men should be forbidden by law from dancing in public. Half of the time they can’t even eat without getting food all over their face and clothes. If they didn’t have women around to watch over them, they’d constantly be bumping into things and tripping over their shoelaces. It’s a wonder they’re even able to wipe themselves without assistance.

Their horrifying lack of empathy. Only men laugh at videos of people or animals getting hurt. Only men make fun of the weak or disabled. Only men are hesitant to visit loved ones in the hospital or to volunteer their time to help the less fortunate. So many men are like the Tin Man in The Wizard of Oz—if they only had a heart, they’d be OK.

Snoring. What the hell is the deal with men and snoring? Why is that when they fall asleep, it sounds like they’re trying to snort the universe through their nostrils? It’s basically like the entire time they’re asleep, they’re farting through their face. Yeah, sure, maybe they can’t help it, but that doesn’t mean we have to like it.

Negging. Why do they think it’s attractive when a guy with a belly the size of a beer keg tells a girl she’d be hot if she just dropped ten pounds? Why is it always the guys whose faces look like the surface of the moon who feel the need to tell women that they’d be a little prettier if they got rid of their acne? Why is it the short guys who tell girls they’d get more male attention if they weren’t so tall? Just say “no” to negging and kick those losers to the curb.

They. Don’t. Know. How. To. Kiss. If they aren’t licking your face like a bulldog in heat, they’re jamming their tongue down your through like they’re trying to retrieve your dinner from your stomach. And half the time their breath is a rancid mixture of smoked fish and salami. They teach them how to replace spark plugs and change a tire, so why can’t they teach them how to kiss?

They have no sense of romance. Women want to be swept off their feet by a shirtless hunk on a white horse. They want to be serenaded while cruising the canals of Venice on a gondola. They want a man to walk five miles into the woods and come back with a handful of the most beautiful wildflowers you’ve ever seen. Men, meanwhile, will send you a dick pic and ask if you swallow.

Their mommy issues. Philosopher Camille Paglia says that the primary struggle in a man’s life is distancing himself from his mother and defining himself against her, but you could have fooled me. Most of them depend on women for nearly everything, and it’s quite a turnoff. The man reason it really isn’t a man’s world is because there are far too many boys.

Fear of commitment. Uh, hello—divorce rates? Single moms? The inability to keep it in their pants the minute another skirt breezes past them? Hookup culture? Tinder and Bumble? Ghosting? Cheating? Lying? Forgetting your birthday? Calling you by another woman’s name during sex? It’s like they’re less afraid of catching herpes than they are settling down with just one girl.

Grossness. The farting and belching and nose-picking and hair in weird places. The shaving cream they accidentally left behind their ears. The stains they leave on their shorts. The stench they leave in the bathroom. What’s even worse is that they find all this stuff cute and funny rather than vomit-inducing. How do we find any of them attractive?