You are an adventurous girlfriend. You are the active, fearless girlfriend who will always be a little bit too much for anyone with homebody tendencies. You’re not foolish about rushing into love, but you aren’t afraid of it either. Once you decide you like someone, you see no reason to be coy about it — you’re ready to go full speed ahead.

You are the hard-to-get girlfriend. The most appealing guy in the world couldn’t get a Taurus to open up right away. You don’t do one-night stands — not because you don’t appreciate good s** but because you’d rather spend time with yourself or your inner circle. You are not down to waste time and vulnerability on someone who hasn’t proven themselves to you.

You are a passionate girlfriend. People look at you in amazement because you manage to get so excited about so many things. You create a life with your partner where there’s never a dull moment and no week with you is exactly the same.

You are the loving, supportive girlfriend. No one knows what it’s like to experience deep, unconditional love until they have been loved by a Cancerian woman. You go out of your way every day to make sure your partner feels loved and supported by you. It’s hard for them to move on to their next relationship because they have been spoiled by how good you make them feel.

You are the flashy girlfriend. Because you love the positive feeling of looking and being desirable, you make it a habit to be this way all the time. Some people might call it high-maintenance, but there’s a reason people go for that kind of girl — it’s exciting! You’re the kind of girl people are always curious about because they seem so other-worldly. Dating you will always feel like being an insider to an exclusive club.

You are the stable partner-in-crime girlfriend. When someone gets serious about thinking about who they want to grow old with, they picture a Virgo. A Virgo has their shit together. They have a good job, they’re awesome with money, they’re not dramatic — and they’re the kind of person everyone runs to with their problems.

You are the power-couple girlfriend. Your social skills are unmatched and you’re warm and loving towards everyone you meet — winning them all over. A Libra is a girl a man will seek out when he wants a partner in his ambitious plans because he knows what a valuable asset she can be in becoming close with the right people.

You are the bombshell girlfriend. No one does s** like a Scorpio, it can even be too much for a guy to handle. Because Scorpios are sensual, intense, and confident, they make unforgettable lovers. To them, every relationship revolves around the fun game of s**uality.

You are the funny-as-hell girlfriend. No one can make you laugh like a Sagittarius. They’ll ham it up in any situation. They make life better because they never take anything too seriously, including your relationship with them. A Sagittarian girl will be with you through thick and thin and make all of it feel like an enjoyable adventure.

You are the old-fashioned girlfriend. Capricorn women can be considered “cold” but that’s only because they’re too mature for the heart-on-your-sleeve style of most modern women. They’re conservative in a good way — classy, someone who demands you pays them the respect they deserve, without ever uttering a word.

You are a charismatic girlfriend. You are filled with passion and enough charisma to convince anyone to be just as passionate about your cause as you are. When the cause is a relationship, you show your partner a world of possibilities about what the two of you can do together. You might be loved or hated, but it’s very rare for anyone to feel lackluster about you.

You are the old soul girlfriend. You’re a renaissance woman who appreciates the classics: good food, good books, beautiful art, and intelligent conversation. You tend to attract older men, not because they’re total pervs but because they see the maturity in you. You need someone who knows there’s more to life than sports or video games. 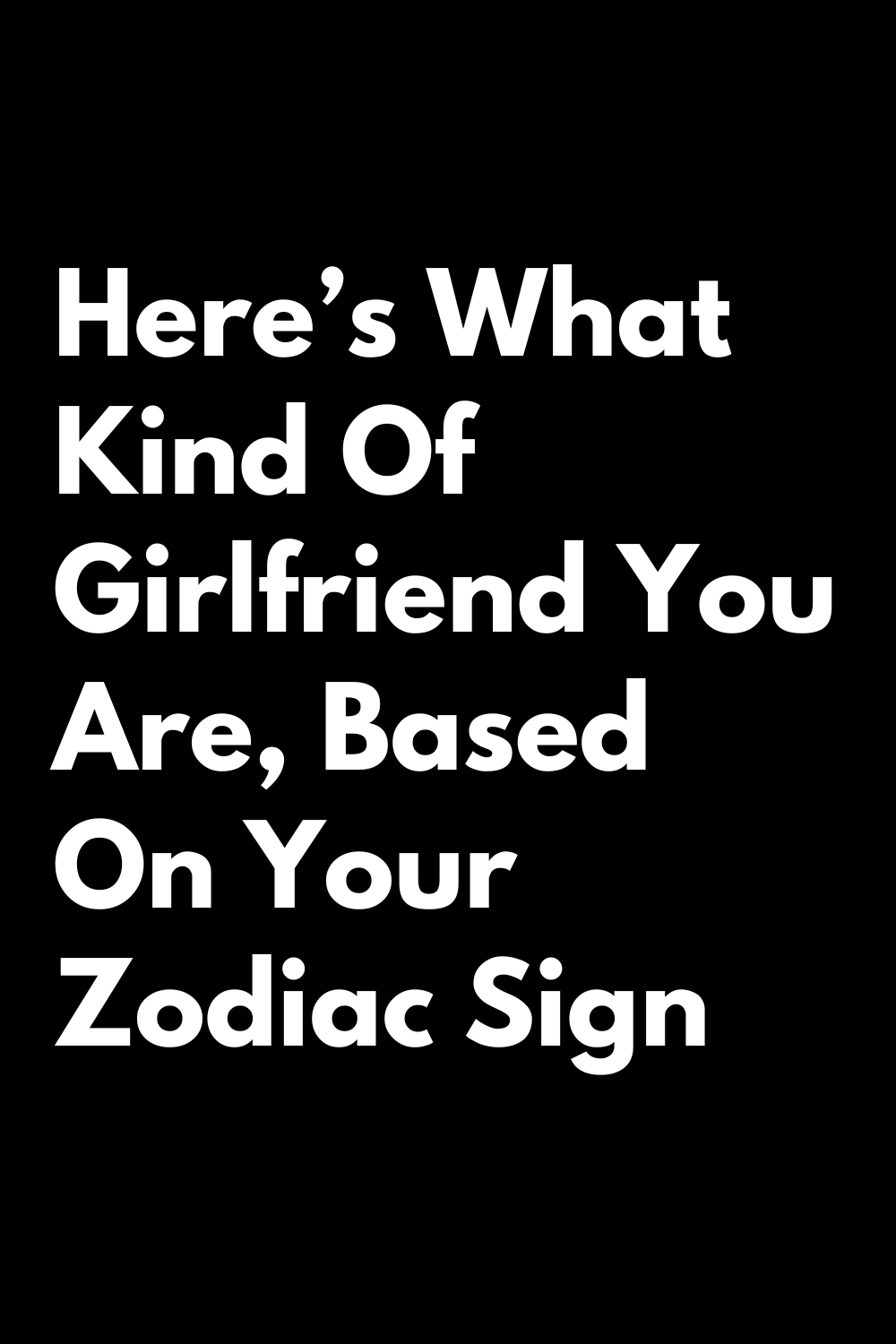 5 Truths About Giving Your Heart To A Cancer Woman

The 5 Coolest Zodiac Signs: Are You One Of Them?

This Is How Each Zodiac Sign Deals With A Narcissist 2022