The stars reveal what every man HATES most absolutely based on his zodiac sign. If you do, he gets mad, you can be sure!

Belonging to a certain zodiac sign gives us a specific personality with lots of character traits common to people of our sign. According to the stars, all men respond with anger to what they are about to reveal to you, it all depends on their zodiac sign.

We all have something that unleashes our fury and freaks us out. Do you already know what makes your partner the most furious? The stars seem to have no doubts about it and have an answer. Learn what you should avoid doing to foster the well-being of your relationship and get along better with your partner.

What does your partner hate the most? Tell me his sign and I’ll tell you

Getting along with love and harmony as a couple is a mission that requires a lot of effort. To get along, one must deeply understand the other. We should learn to understand what he loves and what he hates to make him feel as peaceful as possible in the relationship. If you want to avoid fighting, make a note of what your partner hates the most based on their zodiac sign.

The Aries man is very impulsive and easily loses his temper. In order not to make him mad, you should keep calm and not be aggressive.

If your partner is Taurus, remember to ask permission before taking an item off his or her property. He is very possessive and if you take things without asking him he gets very offended.

Gemini more than anything else hates being interrupted while talking preventing him from expressing his opinion!

The sign of Cancer is very sensitive and emotional. What does he hate the most? Evil in all its forms. Be as nice to him as possible.

Leo is a self-centered sign and loves to be the center of attention perpetually. What infuriates him is to overshadow and not get attention. Never neglect it!

Virgo is a very precise and methodical sign. He is convinced that he is always right. Never tell this sign that he is wrong if you don’t want to see smoke come out of his ears.

Scorpio is very introverted and has a hard time trusting others. If you don’t want him to get angry, avoid telling him lies. The thing he hates most are lies, not even those for good.

Libra is a peaceful sign and hates all forms of conflict. Love peace. What destabilizes him more than anything else is asking him to make a choice. Avoid putting him in this condition if you can.

Sagittarius hates forcing. If he doesn’t want to do something, he avoids insisting and trying to convince him if you don’t want to infuriate him.

The sign Capricorn is allergic to hypocrisy. Try to always be honest, don’t go around it, and never be untrue to him. She greatly appreciates honesty in his partner.

Aquarius knows they are an eccentric sign and they know they can’t think everyone likes them. He will have his limits, his ideas and never give up his freedom. If you don’t want to make him angry, avoid trying to change him. Love him as he is, without delay.

The sign of Pisces hates jokes most of all. Despite April Fool’s Day, the day when jokes are made of excellence, for him these forms of hilarity are very annoying.

THE ZODIAC SIGNS WHO LOVE THE MOTHER THE MOST: HERE ARE THE TOP THREE IN THE RANKING

WHAT KIND OF MOM ARE YOU? FIND OUT FROM YOUR ZODIAC SIGN 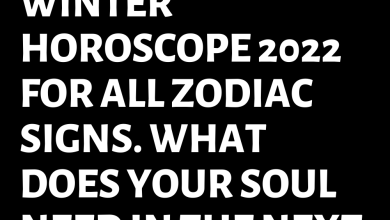 WINTER HOROSCOPE 2022 FOR ALL ZODIAC SIGNS. WHAT DOES YOUR SOUL NEED IN THE NEXT THREE MONTHS?

THIS IS THE TOP RELATIONSHIP DEAL BREAKER FOR EACH ZODIAC SIGN