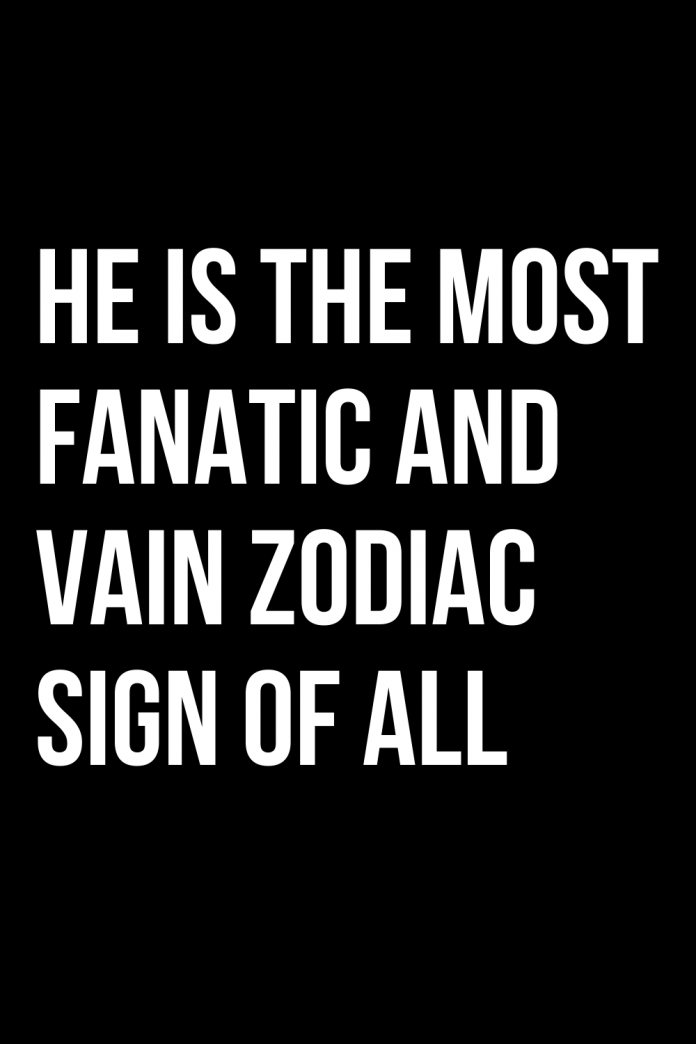 The stars reveal which zodiac sign wins the band of the most vain and fanatical sign of the zodiac.

You will often see him in front of the mirror, he loves to admire himself and praise his qualities. He is always proud of himself and the number one fan of him. Convinced that he is always the best, he shines with his own light.

Of all the signs of the zodiac, he is the one who most loves being in the spotlight, showing off and receiving appreciation. He takes great care of how he looks and always shows up in his best guise. His look is a reflection of his personality: he is amazing and certainly cannot go unnoticed.

Leo is the most vain astrological sign in the zodiac

A fire sign, he has an explosive character and is very passionate . For astrologers it is a superficial and vain sign as well as very intriguing.

Leo gives a lot of importance to appearance. He loves precious , elegant and chic objects and in this sense he is very materialistic . He loves to look in the mirror, to make himself beautiful, and for this reason it is said of him that he is a great narcissist , it is a sign that is also considered very superficial precisely because he seems to give more value to appearance than to substance.

Leo is a sign that is always perfect and well cared for to the world . No matter what color his mood is, appearances must be preserved in all circumstances because this is a business card that not only serves to show his great ego but also to enhance it, to defend his reputation as a very brilliant sign. Praise is his daily bread, he craves applause, praise and acclaim. The Lion spends hours in front of his mirror before leaving the house and you can be sure to find in his closet several expensive, designer and above all trendy luxury items.

Perfume, clothing, make-up and hair, nothing is left to chance for a sign so attracted to the spotlight. As brave as the animal that represents his sign, Leo loves to prove his worth by accepting challenges and putting himself on the line, the success he gets is deserved and he owes it to the great sacrifices he is willing to make in his name.

He exudes self-esteem, constantly posts selfies, shows himself strong and reckless, in reality he is also a very sensitive sign even if he does not show it. Leo will teach you that you should never judge anyone by appearance, because even people who seem futile and superficial may be amazed by their depth of thought. The dress does not make the monk is a saying that has never been more appropriate in his case.