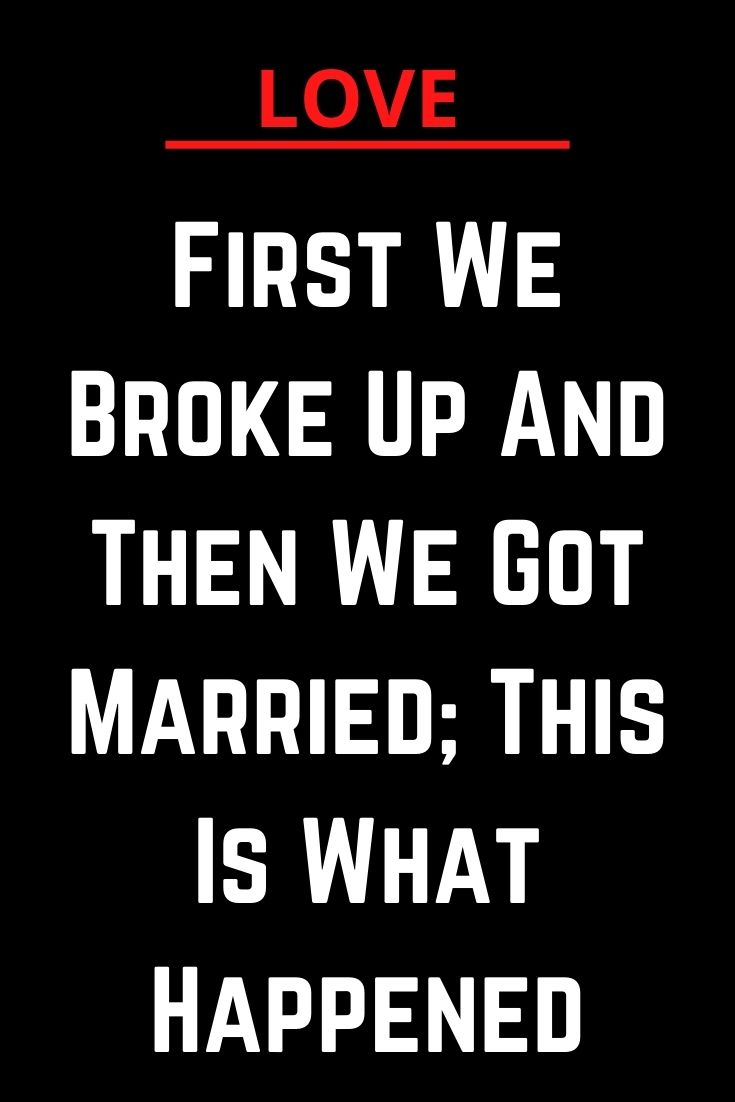 I know that every girl who’ll read this story will connect to it in some way.

How can I be so sure?

Well… It all started when I was in high school. I fell in love with the most popular boy there, duh. This is already starting to sound like a romantic movie but I swear to you that it wasn’t anything like that.

I somehow got his attention and we started dating. I was out of my mind in love with him. He was my first everything.

So, what happened next?

I can’t honestly be completely sure of what it was that tore us apart. Did we drift apart? Did we want to explore other people, other options in life?

We obviously thought there was more to love and life than we had with each other and we both went on looking for our destiny.

Years later, we found it, back in each other’s arms.

I can’t say I spent all those years apart dwelling on our past relationship. Did I miss him? I sure did.

Somehow, I got myself to believe that the time I spent with him would always remain a beautiful memory but that we were never meant for anything more.

Whenever I thought of him, I thought that he was a wonderful part of my adolescent years and I must admit that I sometimes imagined us staying together.

Still, I believed that our relationship was so amazing because we were young, carefree and free and that it had very little do with how compatible we were.

I sometimes imagined what our relationship would look like in the real, adult world.

I could never really think of anything that would stop us from being the perfect couple but I still buried those thoughts, thinking how childish I was being.

I didn’t even know who he was anymore. At that point, we hadn’t seen each other for years and I wasn’t even sure if I’d recognize him if I saw him.

I went on with my life, searching for true love.

There were some men who each made me feel like they could be the perfect choice for me but somehow they were never enough.

Something was missing and I could never put a finger on what it was but a feeling of emptiness followed me through all my relationship experiences.

Did I ever actually think it was my love for him that made me feel that way? No, because I never thought of it that way.

I know now that he was always a part of my heart and soul but at the time, I was completely unaware of that.

I know that the romantics among you would like to hear that when we first met it was all rainbows, butterflies and fireworks and I’m sorry to disappoint you but it wasn’t.

The first time we saw each other after many years, we were simply glad to reconnect and talk for a while.

Nothing amazing happened. I didn’t fall into his arms, telling him he was the love of my life or anything like that.

We agreed to meet again. I remember that the very same night I saw him, I somehow felt at peace. It was like everything was starting to come back together.

Still, I didn’t recognize what was happening until much, much later.

We slowly started dating again and guess what? We ended up marrying and having a beautiful family.

Whenever people asked us how we met, I’ve always told them that it was nothing special, just two high school sweethearts who ended up together.

Now, when I think about it, our story is special.

It’s a story of two souls who were meant to be together and who found their way back to one another.

I now know that there’s nothing more special that can happen to you than being lucky enough to find your soulmate.

I’d like to think that the two of us somehow made it happen but we really didn’t. It was destiny.